My view from today. Got to play pilot car today...

Dropped this bridge abutment today. That thing weighed 50,000 pounds by itself. 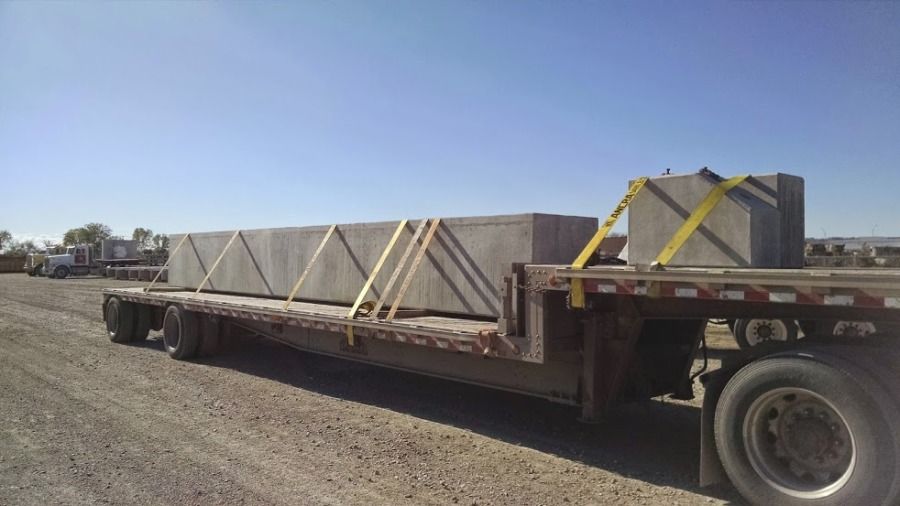 Well, today I had to move a paver again but this time it was a different one. Bigger machine and it has a Cold Cow attached to the front. The cold cow is what they use to pick the asphalt off the ground and feed the paver when they use belly dump trailers to deliver the asphalt. 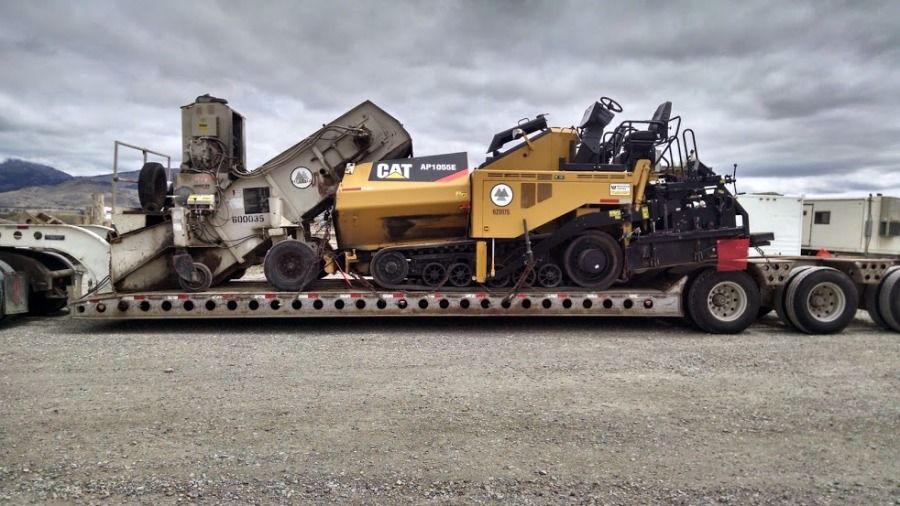 Beautiful picture :) All these pics are giving me the flatbed itch...

Well, today I had to move a paver again but this time it was a different one. Bigger machine and it has a Cold Cow attached to the front. The cold cow is what they use to pick the asphalt off the ground and feed the paver when they use belly dump trailers to deliver the asphalt.

Beautiful picture :) All these pics are giving me the flatbed itch...

Most flatbed drivers do not get to move all the different stuff that I do because they are always pulling the same type of trailer. But that is just because of the company I work for is a small one and the state is a big one...

After delivering the bridge abutment yesterday I went back to the plant to pick up these bridge beam forms to take to another plant so that they can build some 140 foot beams that we will probably be delivering later this summer. 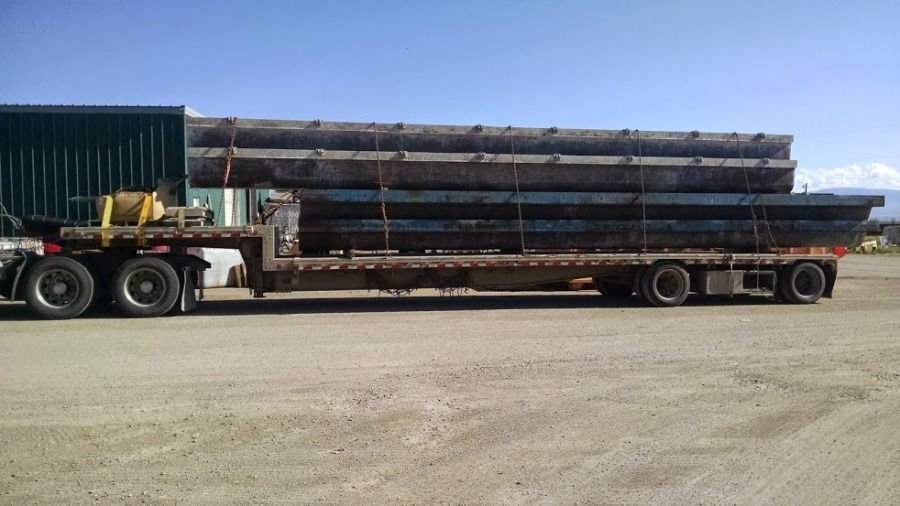 Then I went and preloaded a trailer for delivery on Tuesday. Yeah we get the whole weekend off. 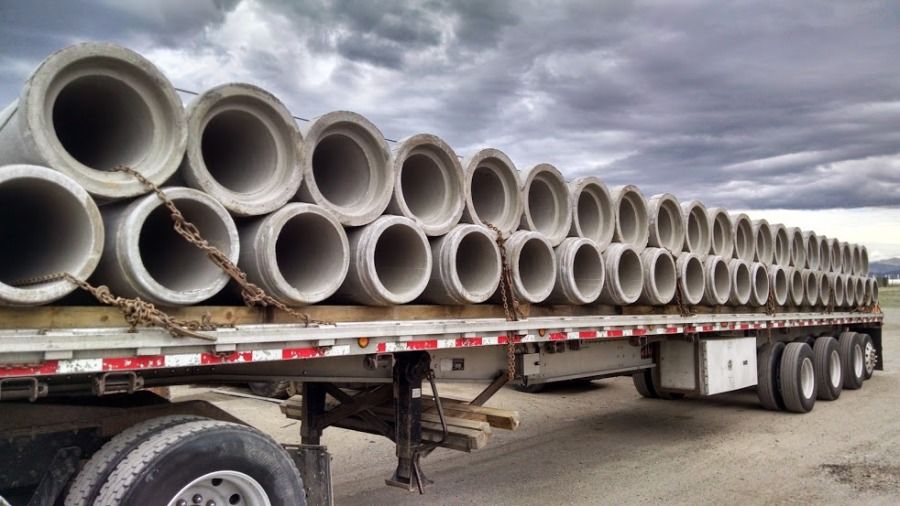 Well I could not use a flatbed for the load today but hey it is an awesome load...... 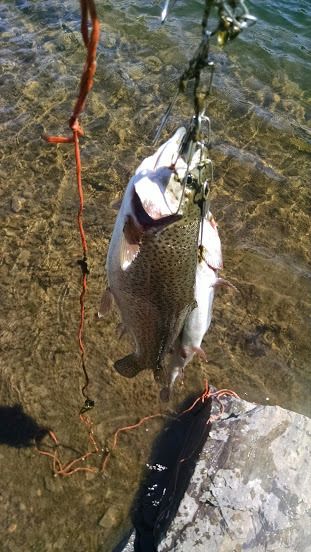 Here are some recent loads. I haven't been able to upload photos from my phone for a while (thanks for the update, Google! Android is awesome!) so I'll just plop them all here.

Steel building that I delivered somewhere or other. I have another building on my truck now going to a remote place in Idaho. They're fun loads since they sometimes go strange places (like remote Idaho or a well-to-do neighborhood in Albuquerque), but they're tricky, since they always throw a bunch of little odds and ends in the middle and maybe some boxes on top, so they usually take lots of straps. Plus, the straps like to get loose as the steel bounces down the road, and sometimes if you're lucky some of the dunnage will work its way loose and start sliding out, like happened today. 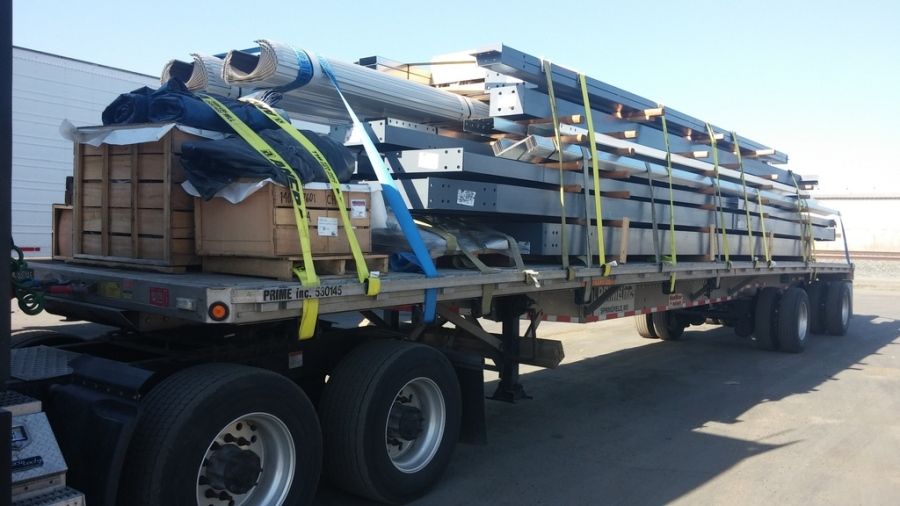 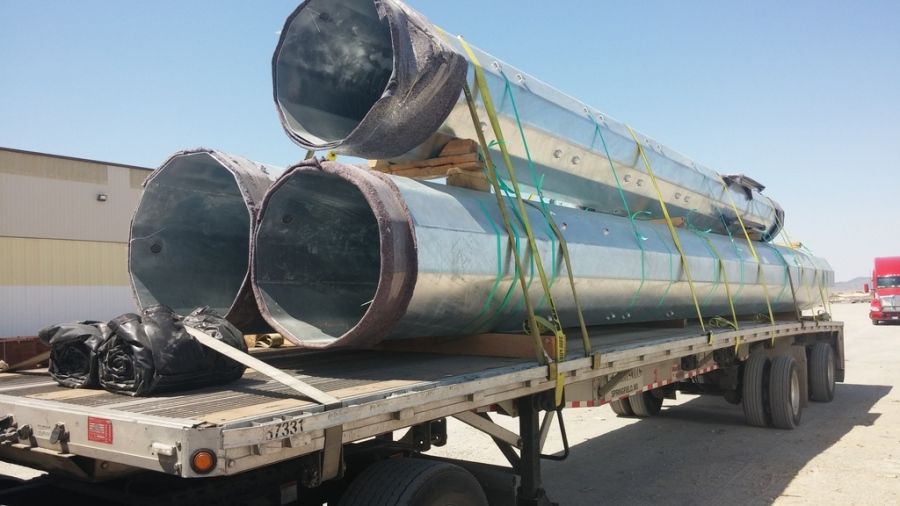 Glass load to the Near North Side in Chicago, first stop of a four-stopper. Lots of pedestrians to avoid, but got a great Polish at the little place next door while I was waiting for dock time. 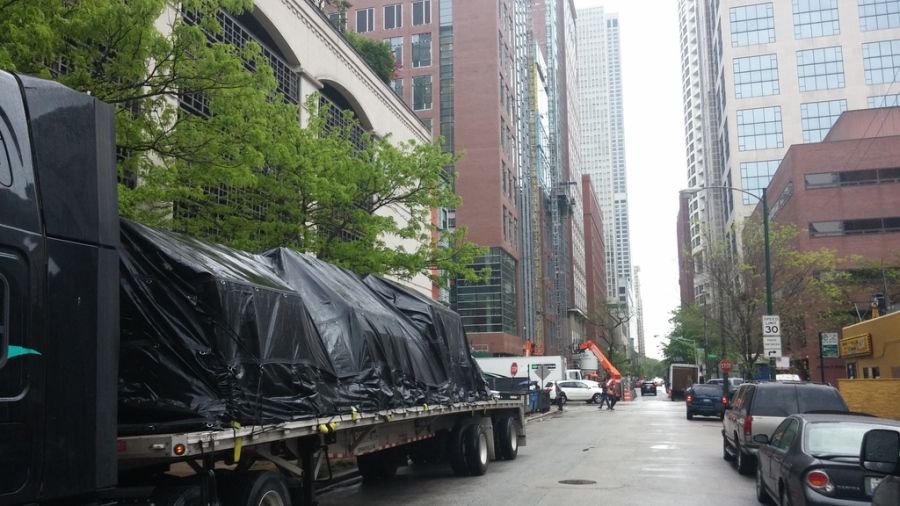 Counterweight and stick for one of those big excavators Pat is always hauling around, Texas to Washington. 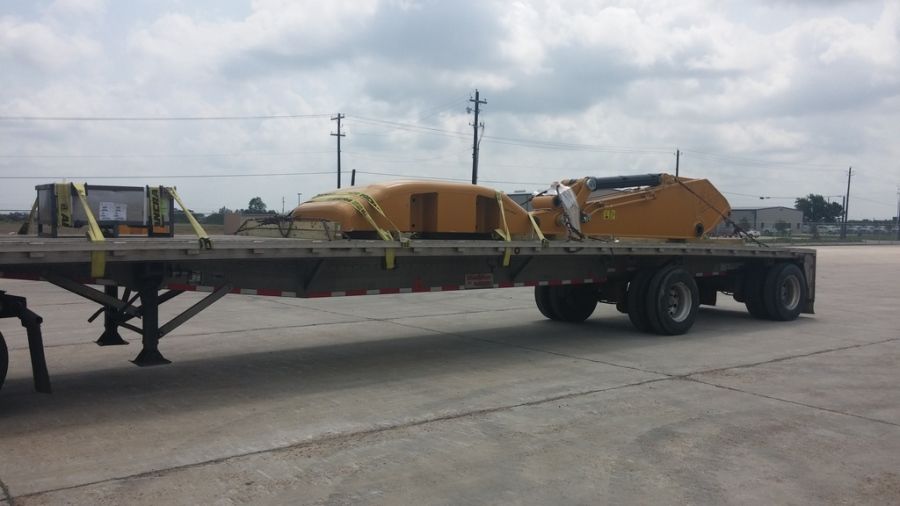 Thanks, Pat! Those fish look tasty!

Delivered the steel building this morning to a remote farm in Idaho. Drove 30 miles down a little two lane blacktop, then seven miles down a one lane dirt road to get there. It was a really beautiful place. Tomorrow I pick up lumber and head back east of the Mississippi, unfortunately, but hopefully will get a load headed west from there.

Unloading takes a while when it's one or two pieces at a time. 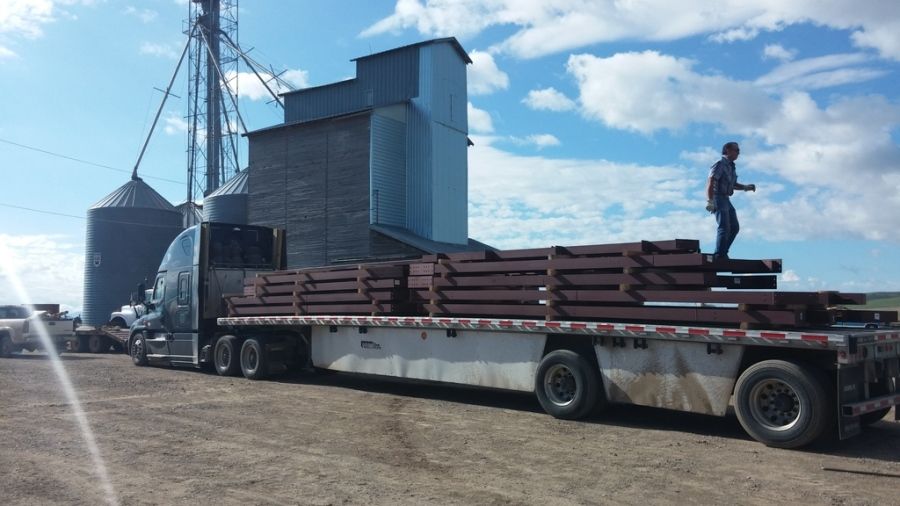 The road in. They unloaded six trucks today. It was good that we didn't meet going opposite directions - not much room to get by each other. 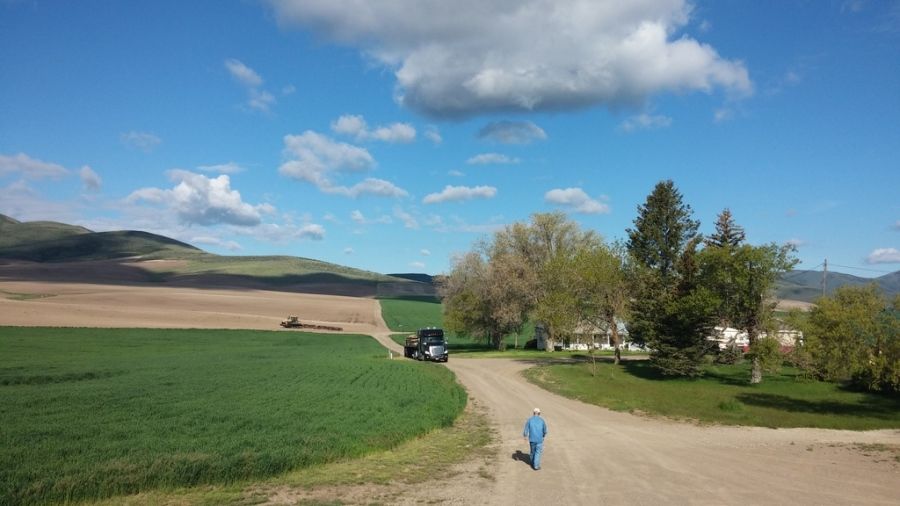 There aren't any neighbors nearby. I'd love to live here. 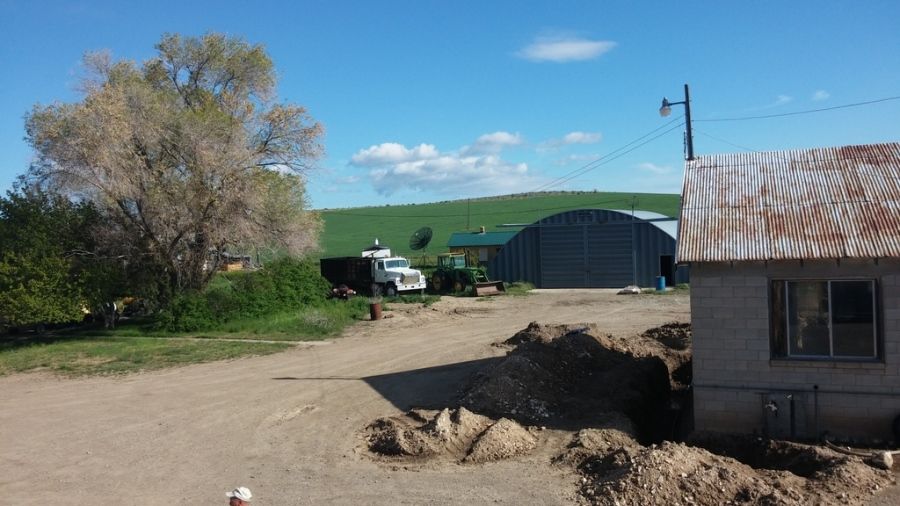 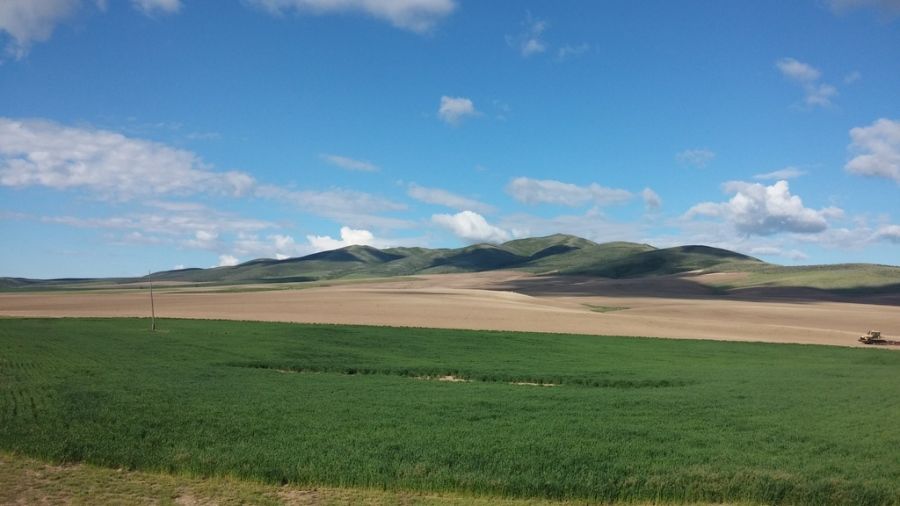 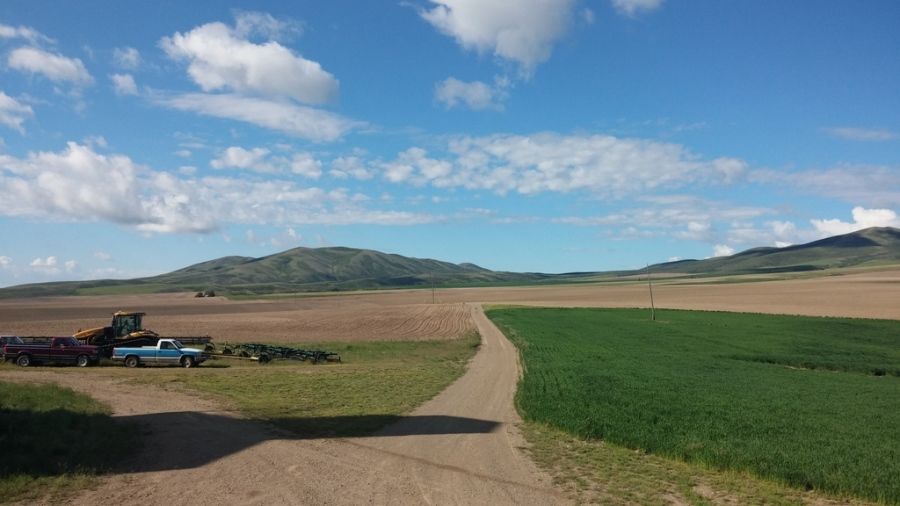 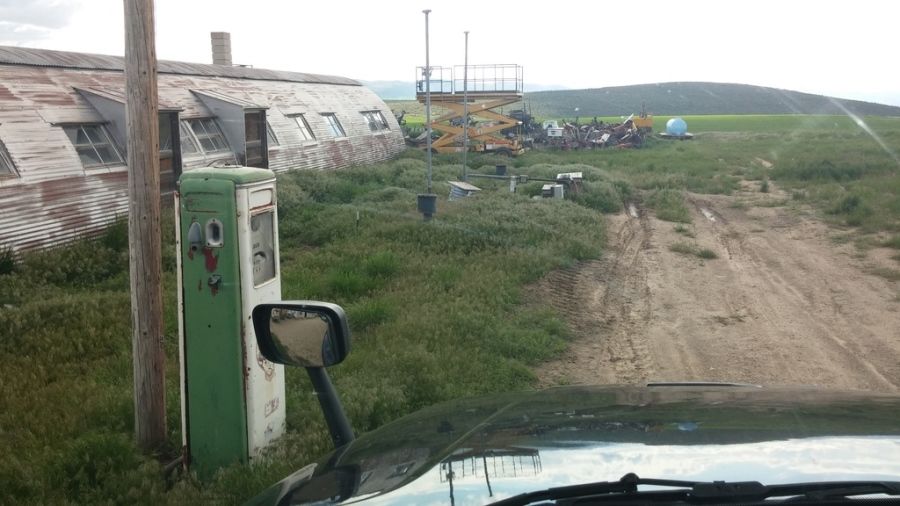 We do get to see some beautiful places. Yet another reason to pull a flatbed. We are usually the first one into some of these places or places that normal drivers and non drivers never get to see, let alone know exists.

Some times it really does not matter of hat it takes a while to see unload.