Got a load of pipe today. Long steel pipe like this is funny. I generally tighten all the straps, then walk around the truck and tighten them a second time, since by the time you've cranked down the back ones, the pipe has shifted a little and the front straps can go a little tighter again.

It also has a pretty high wind load. You would think the wind would blow between the pipes, but I definitely felt it with a 35 mph crosswind today. 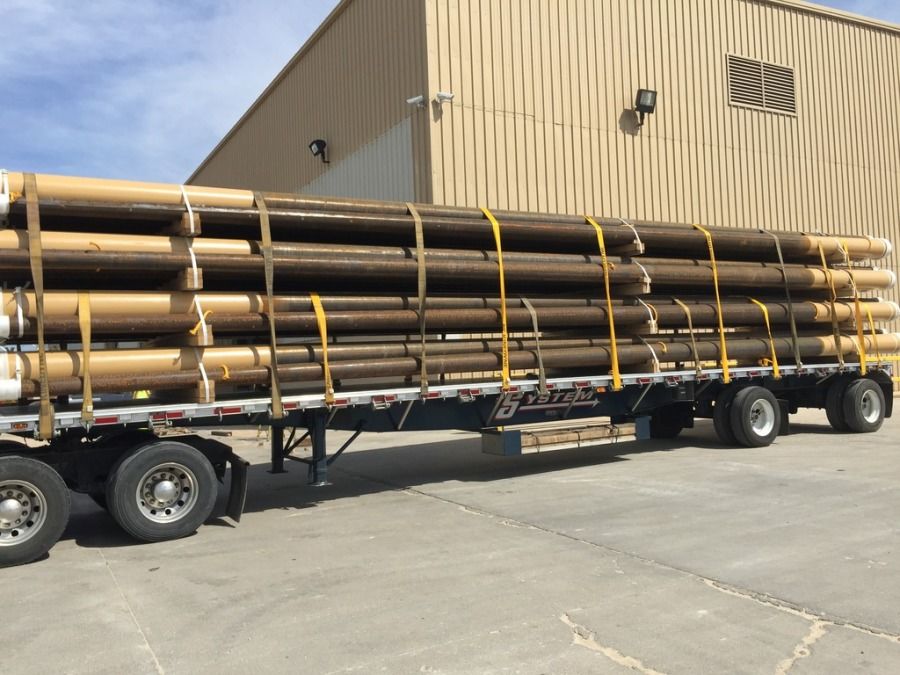 Hailed this load of foam across windy Wyoming, delivered in Rapid City this morning. The backstrap keeps it from creeping off the trailer as much as the 60,000 pounds of securement for a 7,000 pound load.

I've seen bundles of this stuff taking up a lane on I-80 in Nevada. My student was driving and had to swerve. Fun times. 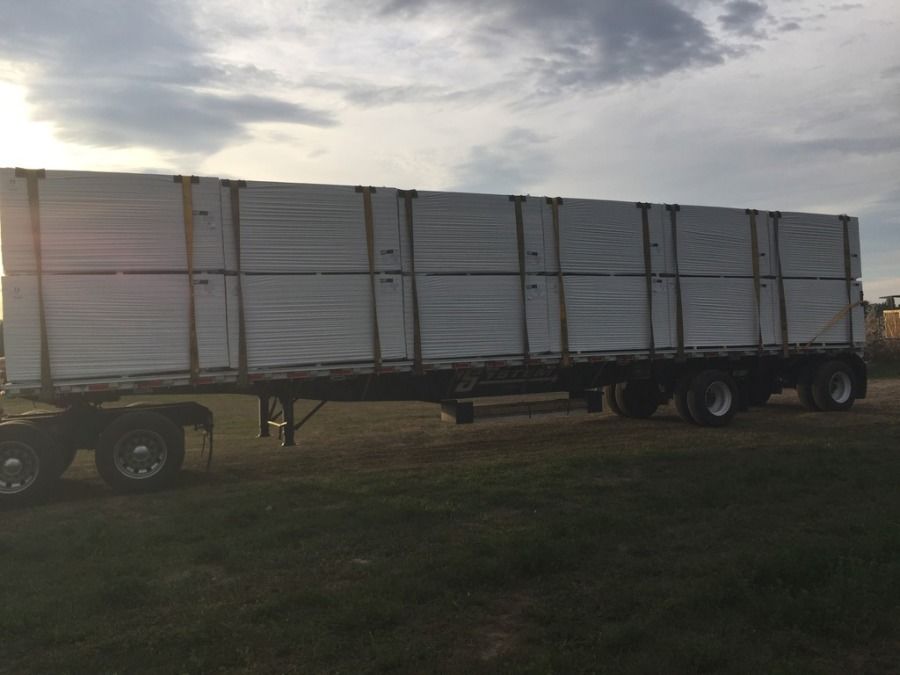 My 1st attempt at this thread in 4 months lol. Did this a while ago, railcar wheels out of PA. Forgot to get the final pic but they were interesting.

This is a load of wood pellets. Nothing really special as far as loads go. I had lots of time so I took some pictures. 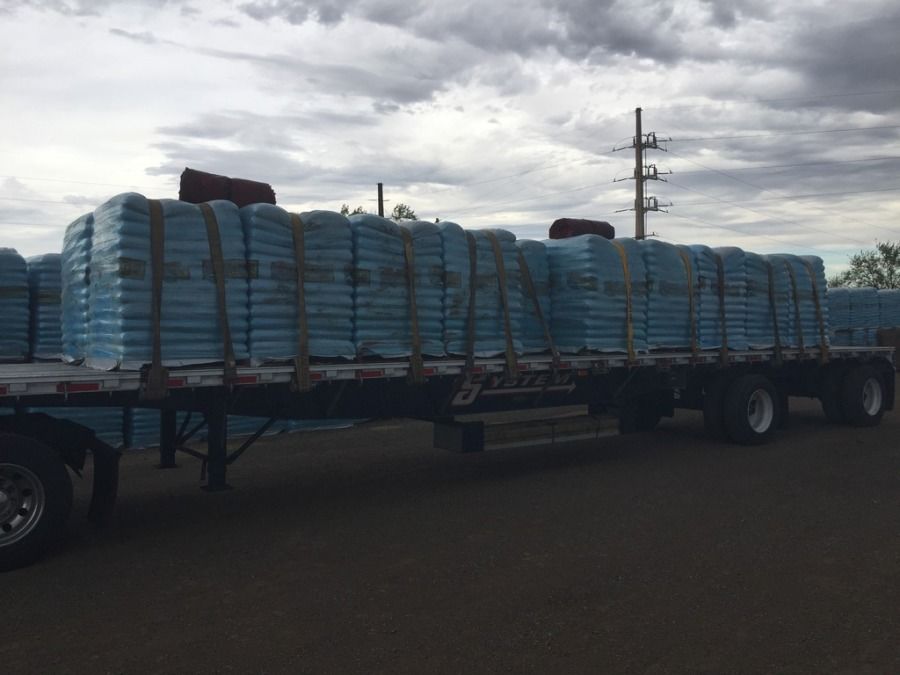 Note the tarps on top of the load. The forklift driver helped me get them up there. The stuff on the pallets is over 5' tall so I was glad for that.

After I finished strapping, I crawled up there and rolled the back tarp out, making sure to put the edge where the flap hinges right at the back of the load. Then I spread the tarp out. I put the windward side of the tarp over the edge first. The wind helps hold it against the load. Here's where there would be pictures of the tarp as I spread it out on top of the load, except I didn't take any. 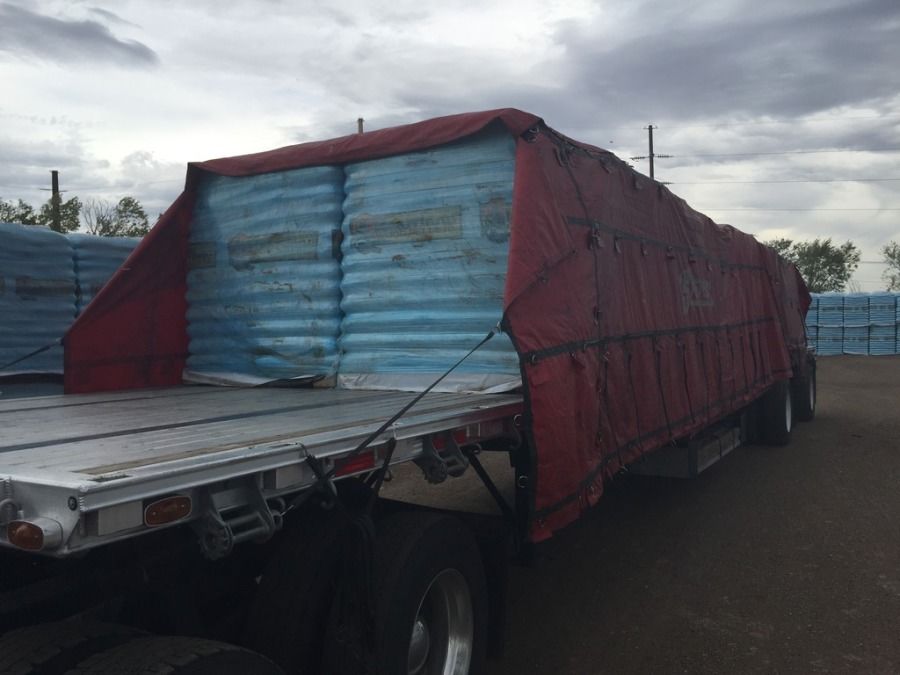 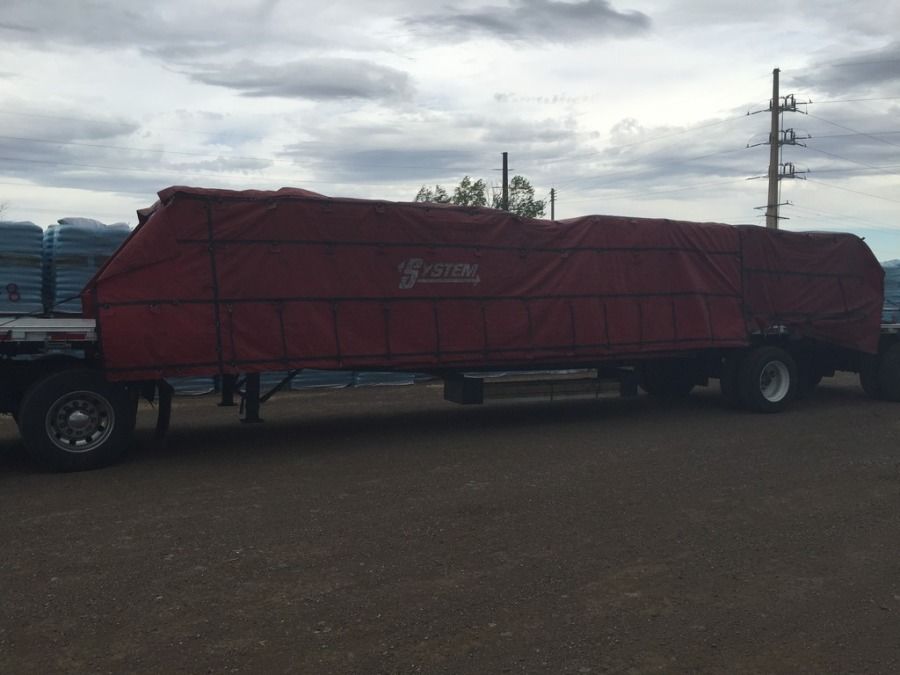 Pulling the tarps tight horizontally helps eliminate ballooning as you drive down the road, since there's no slack for the wind to catch.

Next step is to hang bungees on the D-rings all the way around and pin up the tarp where the ends overlap the other tarp, front and back. 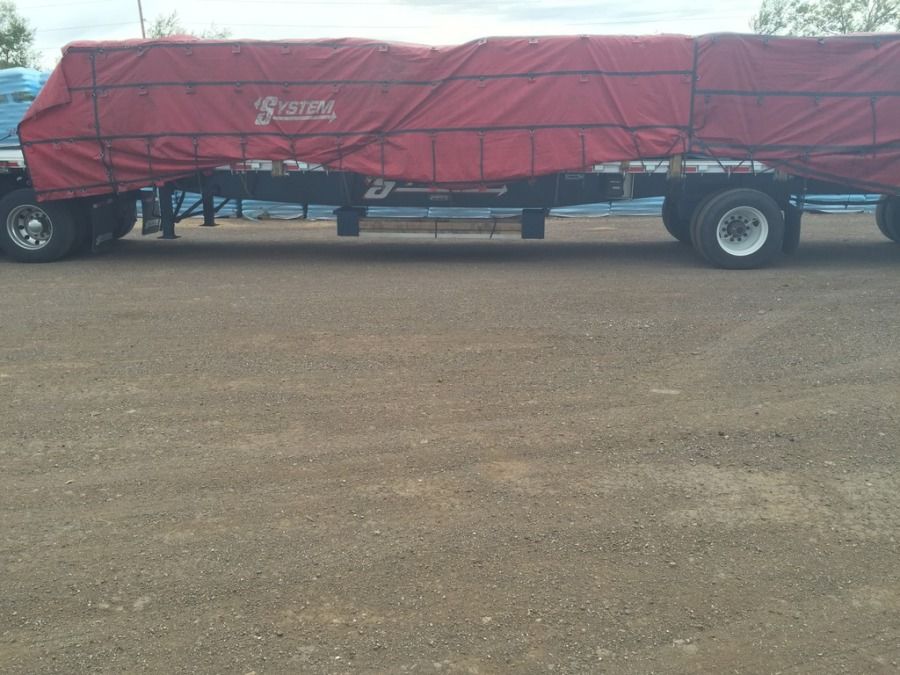 Then bungee everything else on both sides. It doesn't matter if you go front to back or back to front. 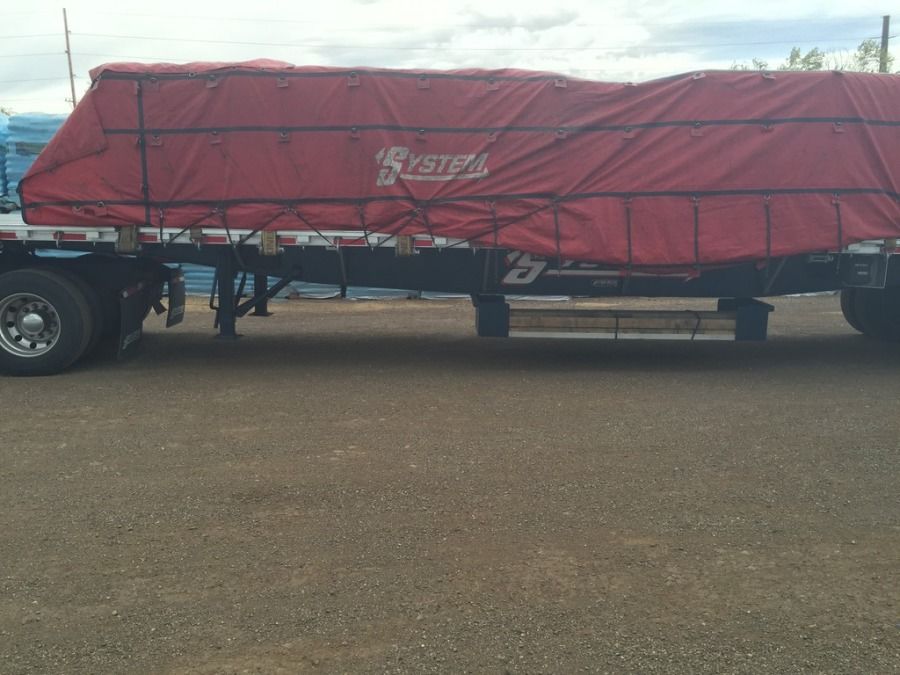 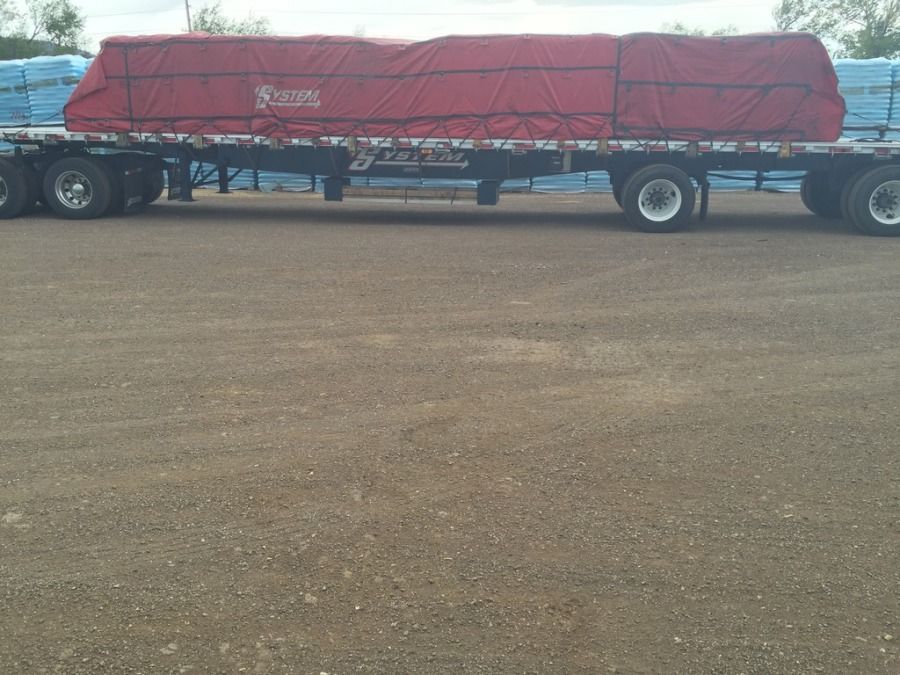 At the back of the tarp, it is important to pull the flap down first and secure it, then pull the ends across and bungee them tight. If you do it the other way, the wind will catch the edge of the flap and make a big parachute that you can't see in your mirrors. Other drivers will call you on the CB if this happens, or worse, laugh at you as they drive past. 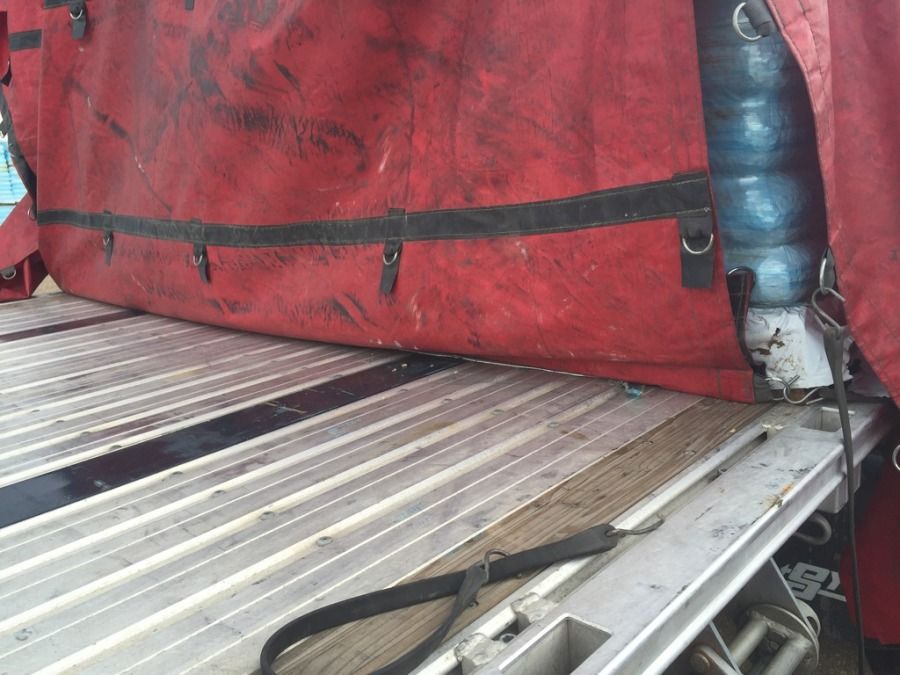 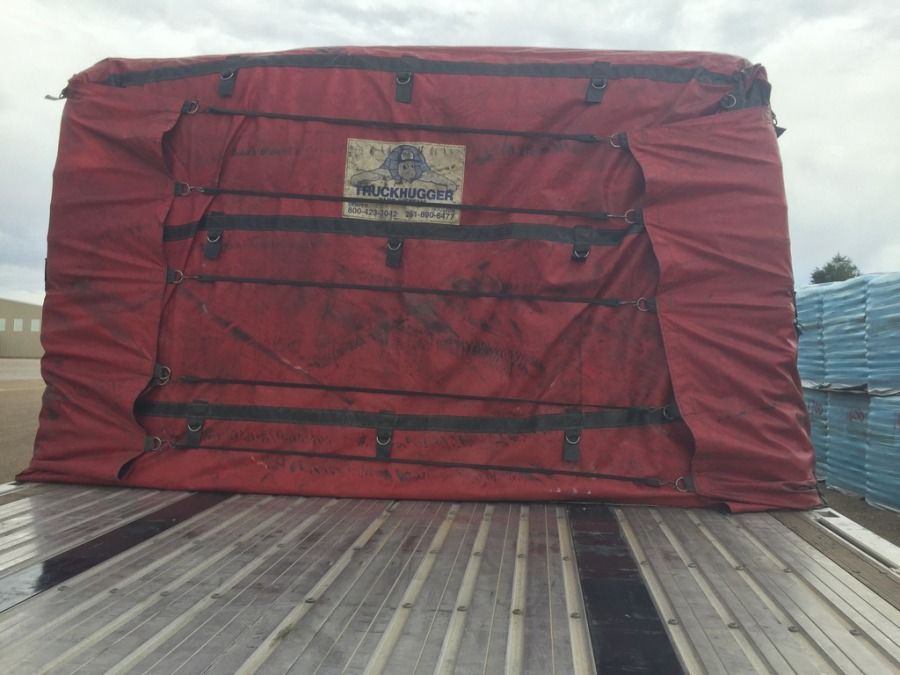 The front of the tarp is just the opposite: edges first, then the flap. 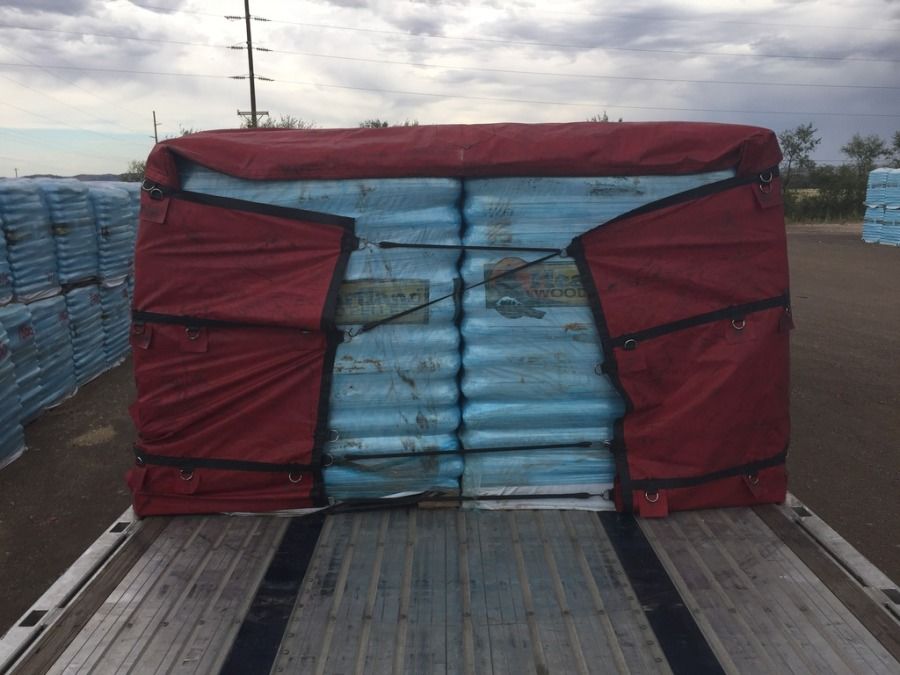 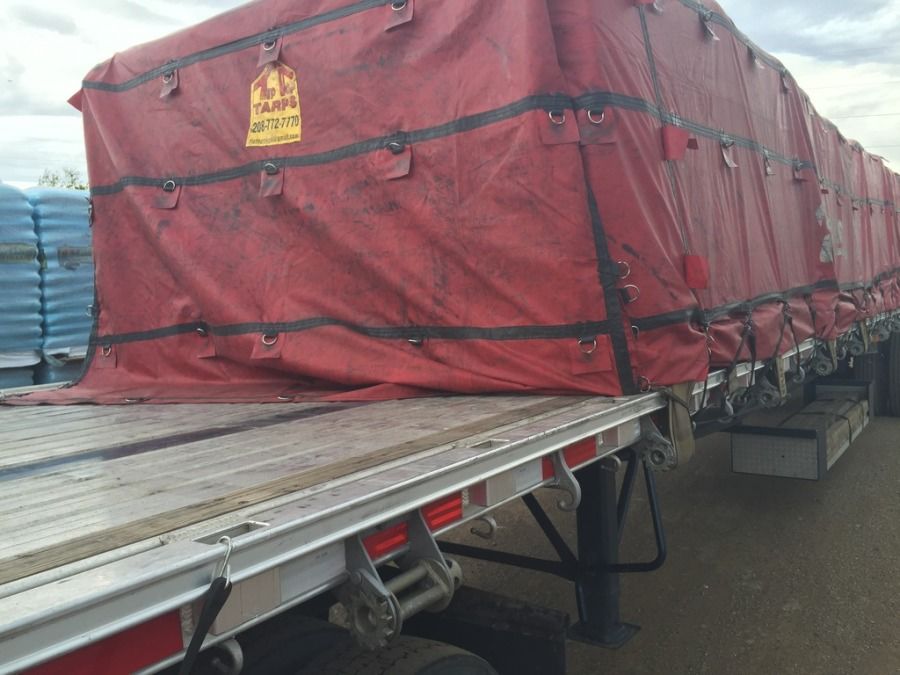 And voila, your load is ready to cruise at 65 mph or better into 35 mph gusts with nary a ripple when you look in your mirrors! 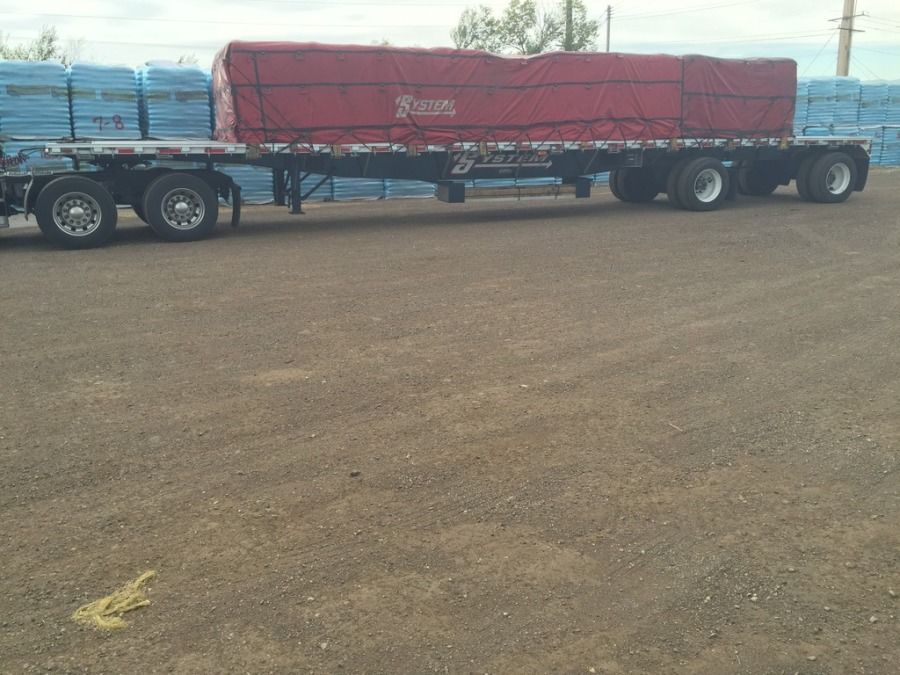 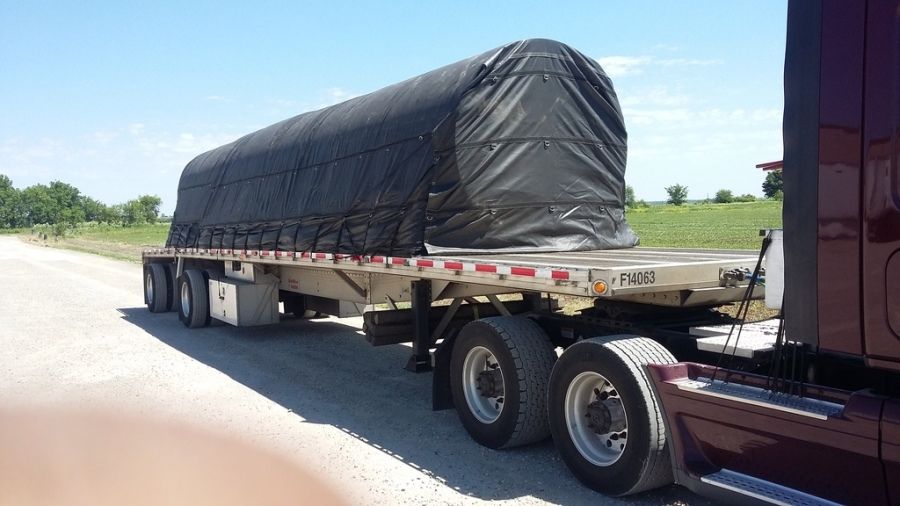 My 1st attempt at this thread in 4 months lol. Did this a while ago, railcar wheels out of PA. Forgot to get the final pic but they were interesting.

Great picture, C.T. ! Those rail wheels are an easy but strange load.

Please keep posting! (You too, Dutch!)

The step by step was secretly just to help Pat M., since he may be stepping down soon from the lofty world of no tarp heavy haul to the more pedestrian realms that you and I occupy.

I'd really like to see how Old School does it (I don't mean pictures of pulling the sides of the Conestoga back either, OS!) since he's what's known as "hard core" and a "super trucker." I'm sure I could learn some things from him. And you.

On the way to deliver this beam.... 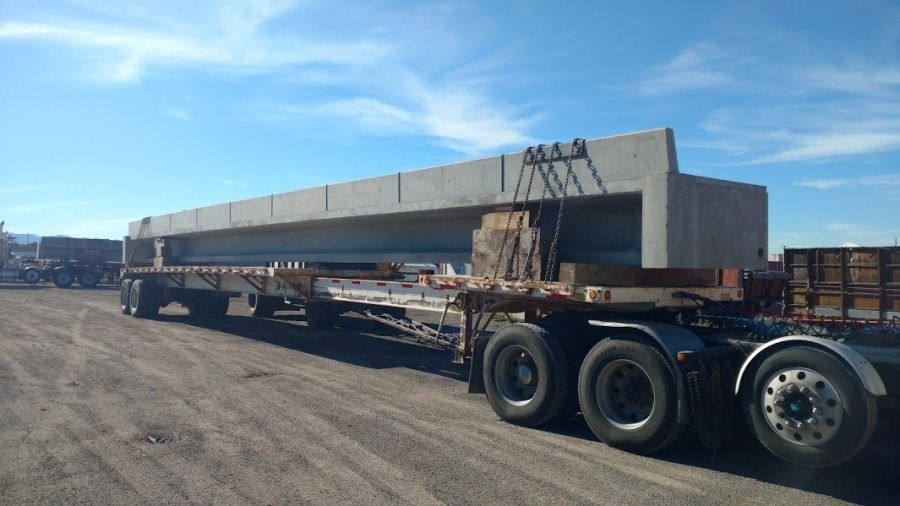 This was the best part of the forest service road... 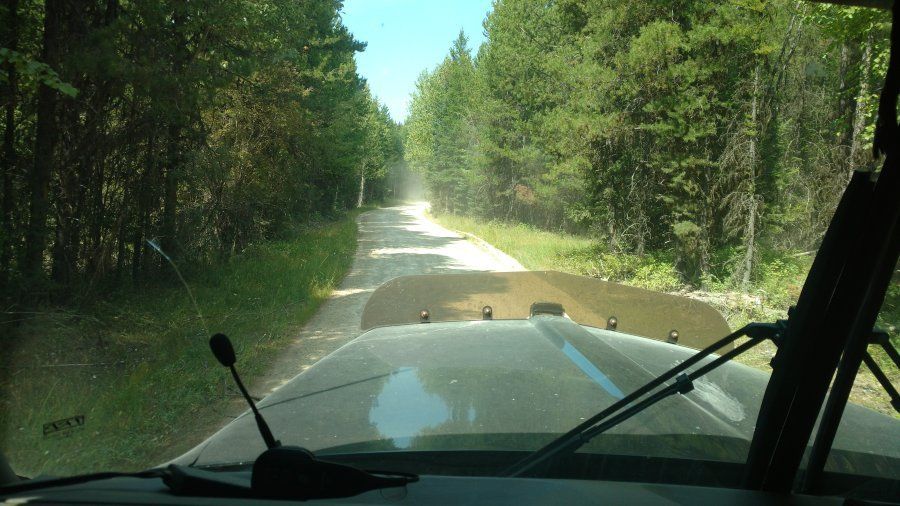 And this is just a cool old machine sitting near our yard. It has been there at least 3 years that I know of. 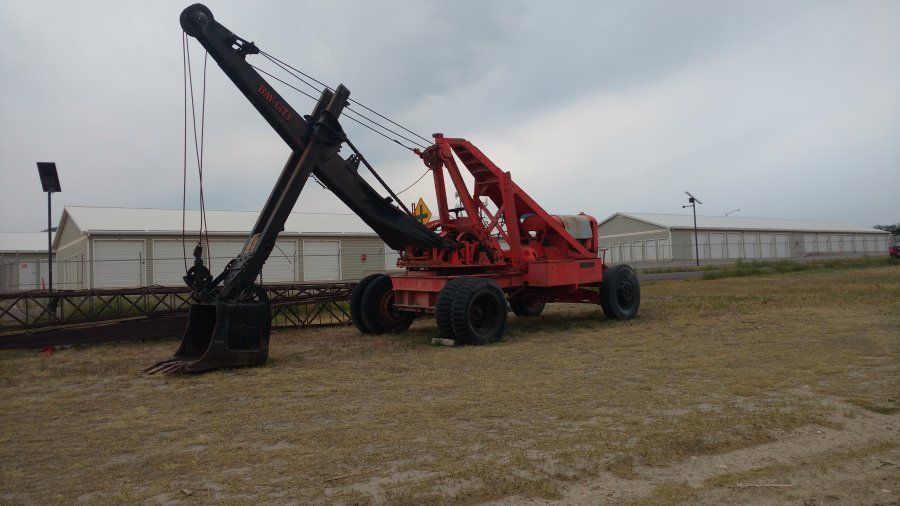 The step by step was secretly just to help Pat M., since he may be stepping down soon from the lofty world of no tarp heavy haul to the more pedestrian realms that you and I occupy.

Where else on TT can you rib a guy in his own post for being at the top of the food chain? I'm guilty of it too. But thank you for the "Flatbed Variety " Pat

Without looking and making sure, I'm guess this is probably the most replied to post on TT and definitely the coolest. Not just for the pictures. But if one were to read from page one lots of tips and tricks are mentioned in this post.

And Pat, I've figured out the easiest way of tarping any load. GET SOMEONE ELSE TO DO IT!! I think I may have gleaned that from this post somewhere.

LOL it's all good... I did have to take a tarp off one time. I also had to pull one tarped load. You are correct, it was easy. She tarped it.

Our wrecker had to go rescue the Prime truck and I had to go get the trailer. She was running low pro 22.5 tires and I was running 11R24.5. I was quite a bit taller than her truck was. Had to drop the air and force my way under the trailer. Luckily with lowboy ramps it works pretty well. I did not even move the landing gear because if I did then she would have to crank it back down to get hooked up. I had no bumps or dips to go over to get to the shop so I left them where they were. With my airbags inflated I was a good 6-8" taller at the 5th wheel.