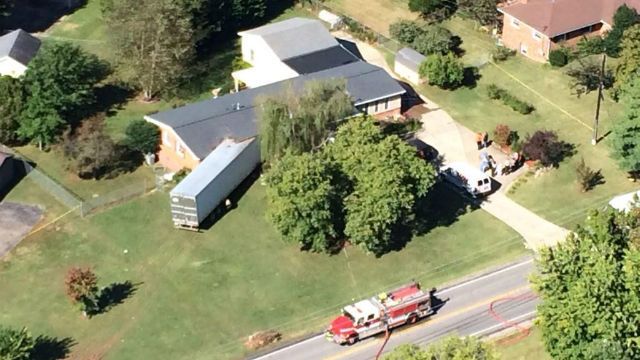 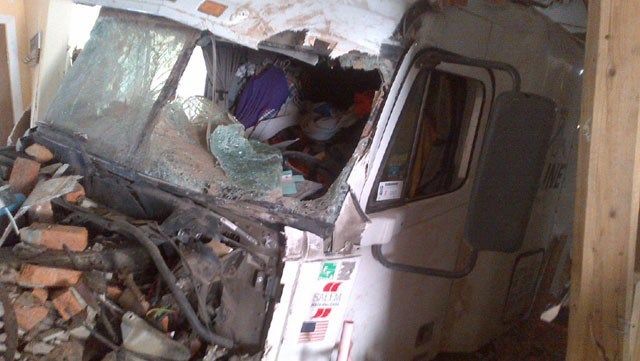 A woman was killed when a tractor-trailer crashed into her home in Donelson early Wednesday morning.

Officials said 66-year-old Carol Boo was asleep inside her bedroom just after 3:30 a.m. when the semi barreled into the home on the 2800 block of McGavock Pike.

Boo's son and husband were also inside the home but were not hurt.

The truck was carrying 40,000 pounds of pumpkins when Wilson said the trailer wobbled, causing him to lose control and drive through several yards before slamming into the home. However, police said there was no evidence supporting that scenario at the scene.

The house was totaled from the impact of the crash.

Wilson reportedly picked up the pumpkins from Virginia on Tuesday and was heading to Mt. Juliet to drop them off.

Police said Wilson showed no signs of impairment and that he did provide a blood sample.

No charges have been filed against Wilson at this time.

Officials said there is no signage saying trucks are not allowed on the road.

Neighbors told Channel 4 that trucks are a common sight in this area.

"I'm just amazed that it traveled that far through this yard and into the house that far. I mean, that truck is almost halfway into the house," Bonnie Prince said.

Metro police and the Tennessee Highway Patrol are investigating this crash.

I hate to say it but looks like he might have fell asleep at the wheel but that's just my opinion. I drive night a lot and I can tell which trucks are drowsy and I steer clear of those guys.

Its a miracle no one was killed. Thank god for miracles.

The trailer "wobbled" and no brake tracks... yeap he fell asleep. How do people think these things they say will actually be believed? It makes no sense. I guess they think everybody is stupid and will believe that BS story.

Damn glad i aint driving. Missed the title. Sorry ya'll just woke up. I just saw the part of the others in the home not hurt. Time for coffee.

Its a miracle no one was killed. Thank god for miracles.

Woman was killed as she slept

Yeah, sounds like he fell asleep and looks like he didn't even wake up till the impact of the tractor hitting the house rousted him. Oy.