This company is looking to pick me up: Meiborg Trucking out of Rockford, Illinois. They have about 100 trucks and their overall csa looks decent. I was told by one of the owners that they give their drivers time off during major holidays (as freight is slow those weeks anyways) and their drivers average $65-$75k annually. He also stated their company has a low turnover rate (30%). Anyone here work for them, have worked for them, know someone who works for them, or any other pertinent information about them? I can't seem to find any reviews about them. Thanks! 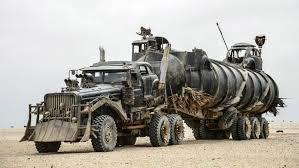 This company is looking to pick me up: Meiborg Trucking out of Rockford, Illinois. They have about 100 trucks and their overall csa looks decent. I was told by one of the owners that they give their drivers time off during major holidays (as freight is slow those weeks anyways) and their drivers average $65-$75k annually. He also stated their company has a low turnover rate (30%). Anyone here work for them, have worked for them, know someone who works for them, or any other pertinent information about them? I can't seem to find any reviews about them. Thanks!

Bumping this thread to see if any peeps can answer thanks

Hello Runt - welcome to our forum!

You've revived an old thread which got no response when it was originally posted. It appears to still be unheeded. That's because it has specific questions about a small regional trucking company. I don't think we've ever had anybody here who worked for them.

It's not necessarily the type operation we recommend as a starting point. That doesn't mean it won't serve your needs, but we generally recommend the larger companies who are self-insured and therefore a little better equipped to teach and train rookie drivers.

What attracts you to them? There's no wrong answer, I'm just curious. Your profile indicates you are in CDL school. Did they send a recruiter to your school? Did one of your instructors suggest them? I ask because it's kind of unusual for a smallish regional operation like them to take on rookie drivers. It's not unheard of, but definitely unusual.

Here's where I think you should be cautious. They appear to be a well respected company that takes care of their business. That tells me they mostly employ drivers who have a good track record of getting things accomplished. Experienced drivers with long time safe and productive records are invaluable in this business. You're competing against drivers who are well ahead of you at this game.

We've seen a lot of newbies strike out at places like this, and literally kill their career. The problem lies in the difficulties of keeping a new driver on their insurance after he makes a mere minor mistake. Rookies typically have a few minor accidents while they are adjusting to the rigorous demands of this career. I've seen this happen countless times. A new driver has what seems like a minor accident and then the trucking company's insurance carrier demands either an increase in their already sky-high rates, or they offer to keep the rates the same as long as the company terminates the rookie driver's employment.

Would you care to guess which choice the company makes? Now that rookie driver has on his resume approximately five weeks of employment at Brand X, but terminated for an accident. Guess what happens to almost all the applications he sends out now. The person reviewing them hits the delete button. They get no consideration, and why should they? There are thousands of other applicants with clean records.

I'm really just giving you some general advice. I am well aware that's not what you requested. I just want you to think about it. There are a lot of great opportunities out here for rookie drivers. There's no reason the company who employs you needs to be near you. I live in Texas. For the last seven and a half years I've worked for two trucking companies. One was headquartered in Tennessee and the other in Arizona. Terminal locations are not a factor worth considering. All you need is to live within their hiring area.

We always recommend you get your trucking career started as an OTR driver. It's just one of those "best practices" that will give you a leg up in establishing a successful trucking career. That's more readily accomplished at one of the big players. These companies are great places to work, and they have the ability to deal with the usual rookie mistakes without hamstringing your career from the very start. They are also great places to stay for a long and fulfilling career. In just a couple more years I will have logged one million miles at Knight Transportation. I have no reason to look elsewhere.

Are Major Carriers Nothing More Than Starter Companies?

Just one more thing I'd like to address here. When new drivers see a statement like this...

It can be very misleading. A lot of people jump into trucking for the great pay. There's nothing wrong with that, but typically they don't realize how demanding the job is. They leave a job where they work maybe 40 to 45 hours per week and then they find themselves working almost twice that and being gone from home all the time.

Rookie drivers never earn what's advertised as "driver's average income." Truck driver pay is based on performance. Rookies will typically earn somewhere between 40 and 50 thousand dollars. They just don't have the "street smarts" yet to bust through to those upper levels of money. It takes a little time to develop yourself as a professional driver, and to be honest there's a good many people who just can't seem to put themselves in those higher pay brackets.

Don't be fooled by statements of average driver pay. Nobody making 75k or better at this is "average." Those drivers are committed to excellence.

HOS refers to the logbook hours of service regulations.
Marc Lee AKA The 100k mil's Comment

Its a very clean company looking at their FMCSA reports, they just renewed their policy with Sentry Select using their high deductible program (self insurance).... Knowing Sentry's guidelines , you have to be more than clean for them to insure you and tghey normally require a minimun of 2 years experience but they will allow up to 20% of the drivers with less experience..... For Sentry to have written them, they must be very financially stable since they would have had to present 5 years of profit and loss statements, loss history, vehicle and mileage historical etc....