I grew up the youngest of 3 brothers who were sons of a Riverboat Captain and Medical Staff Secretary in southeastern Ohio. I attended The Ohio State University and Bradford Business School (retail management) in Pittsburgh, Pennsylvania. I am 57 years old.

While up north, I was a Deputy Director for The Ohio Attorney General’s Office, a Broker for a financial planning firm named Steinhaus Financial Group, and an Assistant Buyer for Kaufmann’s Department Store. I also helped Kaufmann’s open a new store there in the Ohio Valley.

27 years ago my childhood sweetheart and I moved to Sarasota, Florida. We have been blessed with 2 great kids. An 18 year old Son who is attending The Ohio State University this fall to pursue a degree in Physics. Plus a 16 year old Daughter who is determined to pursue a career working with animals. She will be a junior this year attending the Sarasota Military Academy as did my Son.

My first job in Sarasota was as a Supervisor for the Sarasota County Tax Collector’s Office (DMV). I then started and successfully managed the growth of a high-end new construction painting company (a lot of big houses here) named Apple Painting. I also acted as my own general contractor and built the home we have lived in since 1992.

My Wife and I had a heck of a time having kids. Many disappointments which culminated in a tragedy that was my Wife delivering 2 identical twin boys dead at 26 weeks, on Mother’s Day! But as is usually the case in life, what we see as a tragedy at the time often turns into being a blessing in the fullness of time. My Son was born a year later.

A few years after our Son was born I was fortunate enough to be approached by a developer who wanted to purchase 2 acres of land I owned as part of a development for a Walmart in Osprey. Plus another developer who wanted to purchase an old piece-of-crap condo in downtown Sarasota for a project just north of a Ritz Carlton. Those two deals lead me to the hardest (but best) job I have ever had in my life.

I was able to be a full-time Dad to both of our kids for a handful of years. I could give my Family the time, energy, and attention they deserved. I also published a digital magazine in the Apple App Store called Siesta Key Florida Magazine for a few years during that time.

7 years ago I started a window cleaning business named Siesta Key Window Cleaning. This allowed me to again create something new to build, but continue to be family flexible. I could still be there to get everyone off to a good start in the mornings, plus be there when our kids got home from school. Since this business was seasonal, I could also be home with the kids over their summer breaks.

Although a parent’s job is never completely done, our kids are now at the age where I could explore unique opportunities where I could contribute in a meaningful way. I’m excited to be turning my focus on a new challenge that I believe will match-up well with my particular skill set and personality. 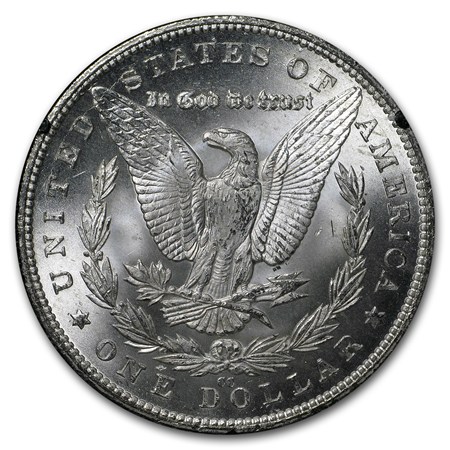 I have a degree in financial services, so it's not hard to imagine I became a financial advisor after college. I worked in banking, retail brokerage, and really found my niche in life insurance. A certain set events brought me to working in management at a grocery store. Definitely a departure from anything I had done previously. And as challenging as it was to handle the problems of 130 employees and the combined general public, I managed to keep my sanity. I took an opportunity to get back into financial services, but unfortunately it was a massive failure. Nothing against the company (a large, recognizable brand you would know), but it was not like riding a bike after so many years away. The magic was gone. I couldn't sell and I was miserable. I even attempted to return to my previous employer but the company acted as if they didn't know me (despite my accolades there). This brings me to the present, seeking a new opportunity. I was a phone Technical Support Specialist with NCR until NCR chose to move my job to Serbia. Pay was roughly the same as rookie driver pay, but a lot less hours worked.

I spent a year looking for a decent tech support job near my home, and no luck. So I decided to start a new career in a job field that can't be shipped overseas.

Some people were chiming in on Laura T.'s "I hate Nursing" topic about what they did before they became interested in trucking. I put the question in the title for others to tell what they did "before".

I taught middle school math and science for eleven years. Finally I "had it" with both student attitude and administration pressure to get my students to pass the annual testing.

Also, rookie truckers make just about as much as rookie teachers do, without all that college!

So, what did you do in your "previous life"?

I was a mechanic before I entered trucking which helped because it was easier to go from a horrible job to just a bad job.lol

The primary person a driver communicates with at his/her company. A dispatcher can play many roles, depending on the company's structure. Dispatchers may assign freight, file requests for home time, relay messages between the driver and management, inform customer service of any delays, change appointment times, and report information to the load planners.
Erick C.'s Comment

I had a wholesale durable goods company for over 13 years. I intend to have several trucks within the next 5 years and have my own transport business. I hate making money for other people when you can make it all for yourself

Industrial electrician and did that for about 10 years, never made over 20,000 a year, that was around 2003, now its 2016 and been researching the trucking industry for over a year and hald and trying to get into school now!!

Army Infantry. Spent some time as a sniper in a scout platoon. Did a plethora of other random jobs as well since I'm a jack of all trades kind of guy. Then I got my pink slip as they made budget cuts. I intended to stay for the full 20 but only got to 12. Now I just go the one weekend a month thing. Here I am!

Was a mechanic right out of high school. Got lucky in that I got started without any schooling and made decent money for my age, and I like working on cars and working with my hands. I LOVE trying something new most people wont try (like painting body panels) because I like to push myself a little bit to excel in the things I enjoy. But I couldn't do it on my own terms, specifically too many instances where people wanted me to cut corners...something I never liked, especially if my name was on my work. Too much emphasis on 'right now' and not 'right'.

Dave I hope we can meet on the road sometime, I'd love to get your insight on working with rifles and such

Well, here's mine. At 18 I was a commercial fisherman, did that for a year, until the money in it ran out. Joined the Air Force and was told I wanted to become an Aircraft Maintenance Specialist. Did that and later became a Repair and Reclamation Technician. AF for 10 years and thought the grass was greener. This was the mid 80s and it was not greener, not by a long shot. After I got out I worked for a company doing work measurement and logistics for the military. Company went under so I found a job building swimming pools. After that I was a web-offset pressman until I got another wrench bending job. When I got laid off for the second time, I decided to find something with a little stability, so I went to nursing school. That was in 1994 and Ive been doing it ever since. After 21 years in healthcare, I'm tired of it. Tired of all the b.s. that goes along with it, with everybody's nose in my business. And with people who have no idea what I'm doing telling me how to do it. I have always been fascinated by trucking, by the freedom and self-reliance that goes with it. And the travel. Also the times alone. TBH, after 21 years in health care, I don't like people much. Would much rather be alone, so I got that going for me...

Start my new journey a week from today, and I can't wait!