During a meeting at its office in Salt Lake City, EpicVue demonstrated a satellite TV system installed in a truck from Pride Transport.

Over-the-road truck drivers do not cross this threshold for days and weeks at a time. The truck becomes “home” for at least 10 hours a day while parked at a truck stop, a rest area, or other nondescript location that can accommodate 18 wheelers.

Team drivers may spend all 10-hours of their off-duty time in the sleeper while the wheels keep rolling. The reward for working extra hard and driving 70 hours in a week? To stay parked for 34 consecutive hours to reset their clocks.

The quality of life for drivers has always contributed to the turnover and shortage problem, but it has now reached a climax. The estimated industry-wide cost to replace a driver is $9,000 with an annual turnover rate at long-distance carriers at 112 percent, according to the American Trucking Associations.

The ATA estimates that the industry could immediately fill 30,000 driving positions. With the rate of driver turnover and the expected growth in freight volumes, trucking companies will need to fill 100,000 positions every year for the next 10 years. To do this, everyone in the industry agrees that trucking will have to become a more appealing career choice for younger workers.

A recent analysis of U.S. Census Bureau data by the American Transportation Research Institute revealed that trucking has a disproportionate number of employees aged 45 years or older. Over the past 20 years, the number of younger drivers that make up the industry — those 35 and under — has dropped sharply

One way fleets are trying to improve the quality of life for drivers, especially for the younger generation, is to make their equipment as attractive as possible. Perhaps nothing brings the comforts of home closer than television.

Several attempts have been made to bring television to drivers and fleets. The first company to try was Park ‘N View when it created a partnership with Travel Centers of America in 1996 to build a nationwide infrastructure to deliver television and telecommunication services.

“The dream was to improve the quality of life,” said Ian Williams, the founder of Park ‘N View, during a meeting with CCJ in Salt Lake City, Utah, Dec. 3. Williams is now president of EpicVue, a DIRECTV retailer that has created an all-inclusive television subscription service for fleets.

Park ‘N View was limited by the technology at the time. Williams said he wanted to build a wireless infrastructure to transmit TV signals to drivers. This required a license from the Federal Communications Commission. The agency denied its request and Park ‘N View had no other option than to install cables and ports in truck stop parking lots.

The company invested more than $220 million in infrastructure and Travel Centers of America received 35 percent of its gross revenues, he said. To expand the infrastructure the company took on a substantial amount of debt which became impossible to service, Williams said.

Park ‘N View closed and many of its employees moved to a new startup called IdleAire in 2000. IdleAir was also plagued with infrastructure costs. The company created a service that connects to the window of a truck through a distinctive yellow tube that delivers TV, Internet, heating, cooling and electrical outlets.

IdleAir filed for bankruptcy in 2008. Convoy Technologies has since purchased its assets and reopened some of its sites.

Today, drivers can get a variety of on-demand entertainment using their own wireless subscriptions. This has filled a void in the market, but a smartphone or iPad does not deliver the same experience as holding a remote to watch your favorite shows, movies and sports games in real time — or better yet, recording them ahead of time to fast-forward through commercials.

Some drivers have gone to great lengths to install satellite antennas and receivers that they use at home on their trucks. Home equipment is not able to withstand the rigors of the road, however. Until recently, satellite TV was out of reach for the industry at large.

Many companies have partnered with EpicVue to offer satellite t.v. at no cost to the driver. The complete package includes a 24" flat screen TV, DVR, and Premium service including HBO, Showtime, Sunday NFL ticket, and 100+ other channels

Some companies that offer this package include:

“We have realized a very fast payback,” he added. “While we can spend at least $3,000 to recruit a driver, EpicVue has no upfront costs and only costs about $600 per year in monthly subscription fees. For every driver that comes to us because we have satellite TV in our trucks we eliminate marketing and advertising costs. Even after we pay sign-on bonuses and referral fees, we see a return on our investment in EpicVue in less than six months per truck.” 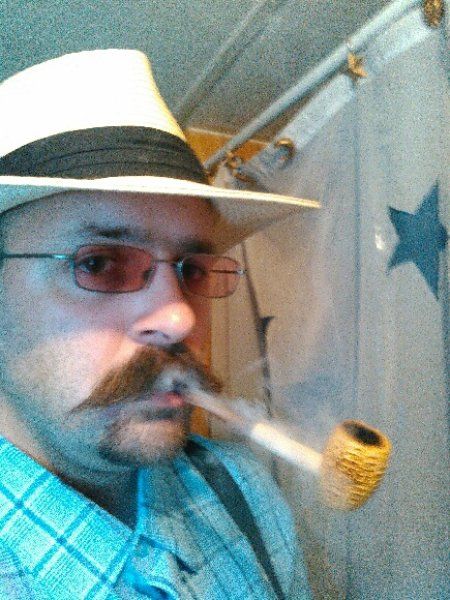 Informative post. I'm not a huge t.v. fan but I do have a couple of favorite shows. (TWD & GOT + SAINTS games) and I gotta admit, I've been trying to figure out how I'll keep current. Lol It seems petty but I can't help it.

The primary person a driver communicates with at his/her company. A dispatcher can play many roles, depending on the company's structure. Dispatchers may assign freight, file requests for home time, relay messages between the driver and management, inform customer service of any delays, change appointment times, and report information to the load planners.
Miss Miyoshi's Comment

Only slightly helpful. These are all for TV. I'm more interested in high speed satellite wifi than the TV service.

M Miyoshi- Have you considered starting out with smart phone connected to device (tablet/etc)?

Cell Phone & Wireless Choosing A Trucking Company Entertainment Truck Driving Lifestyle
Click on any of the buttons above to view topics with that tag, or you can view a list of all forum tags here.