Me And My Big Mouth! (How To Start A Fight At A Terminal) 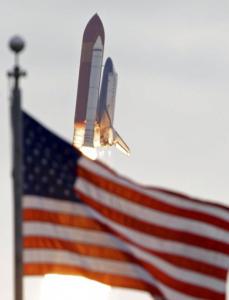 Drew Oswalt
One of them in California, CA
Rookie Solo Driver
Posts: 104
Joined Us:
1 year, 1 month ago
12 Photos

I'm in school right now and some people are already complaining about their potential assignments. I think one has a dedicated Walmart run between CA-NV-OR. And she doesn't want it. Not even on the truck with a mentor/trainer yet, and already being stupid.

I know the drill. I'll take what I can get, say please and thank you and do my best to deliver on time. And start over. I grew up with manners and a work ethic.

Drew Oswalt wrote in reference to a fellow student...

I think one has a dedicated Walmart run between CA-NV-OR. And she doesn't want it. Not even on the truck with a mentor/trainer yet, and already being stupid.

She doesn’t understand enough about how Walmart Dedicated operates to be complaining about it. Tough gig for a neophyte, but if she can handle it, lucrative.

There is a driver on the forum who does this same gig out of Sparks Walmart DC. Within that territory there are over 100 stores that she could deliver to and another 2 dozen backhauls. The combinations of multiple stops although they do repeat at times, are quite variable. Ask her what the complaint is.

I’ve been on a NE regional Walmart Account for several years...wouldn’t trade it for anything. Encourage your friends to join this forum if they really want the truth about this career.

Advice For New Truck Drivers Dealing With The Boss Dispatcher Issues Life On The Road Trucking Humor Trucking Industry Concerns
Click on any of the buttons above to view topics with that tag, or you can view a list of all forum tags here.