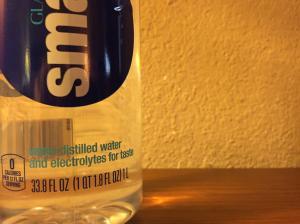 N/A
Unlisted, ME
Considering A Career
Posts: 97
Joined Us:
6 years, 5 months ago
2 Photos

The trucks? Freightliner Cascadias with 10-speed manual transmissions (they say they want 20% of their fleet to be automatics for their city drivers, but that could always change). The trucks are equipped with 1,500W inverters and APUs. They want their idle to be less than 10% for each driver (unless your APU doesn't work). The trucks are governed at 68 mph.

If there are ever any issues with your truck, call the shop and they'll have you take it somewhere, come and get it and bring you another truck, or they'll take care of it the next time you're in one of the terminals. It all depends on the issue. (One driver broke his drive axle, and they brought him another truck on their wrecker, then took the other one back to their shop.)

The pay for a company driver ranges from 34cpm to 46cpm, based on experience. With 6-months experience, you can make 39cpm.

They've got benefits like many other companies that you pay weekly.

They don't have a driving school, but they'll hire entry level drivers (anyone with less than 3 months experience). If you have your Class A CDL , they will train you.

E-logs. Currently, they have two different models of the Qualcomm. The MCP100 (which is not as nice as the MCP200), and the newest model (unsure of the model number). They are currently in the process of installing the newest model in all of their trucks, but they claim they can only receive about 35 of them at once. So it may take a little while before all the trucks have it. Either way, it's a Qualcomm.

This is just a quick review for the short time I've been with the company. So far, I have nothing to complain about. They've not made me sit for hours on end waiting for loads, and I've never had to pick up the phone and request loads to run. I update the ETA/PTA, and the loads come automatically.

Another positive note, if you run into some kind of issue out here on the road and you have to call the office, they'll keep you on the phone until the issue is resolved. Some companies will tell you they'll work on it and hang up, never calling you back. That's not how Ozark rolls.

The terminals have free washers and dryers, free showers, gym, tv rooms with large recliners, and a company store.

If this is a company that any of you have had questions about, or if someone is thinking of calling them for a job, I hope I've given you enough information to help in your decision-making. I've been with them Since October 1, 2016, and I've not found anything to complain about. But when you stay at some place long enough, no matter the company, you'll eventually find something to complain about.

Be safe. Be courteous.

CJ, I'm being gentle when I say this sounds like so many of the other posts you've made. You're always all fired up at the beginning and then you figure out a reason why you don't like where you are. I mean, you've been with this company for almost five weeks now, and you're giving them a glowing report, much like you did about team driving. You are becoming too easy to predict. You even set up your own back drop in this post to prepare us for your soon forth coming complaints about this latest venture.

Your lack of understanding about how to make this career work is a glaring golden thread that winds it's way through most of your posts. We would much rather you just stay some where for a couple of years and see if you can figure this thing out as opposed to giving us your running commentary that seems to go every which way depending on how the wind is blowing on any particular day.

Geez, I'm sorry - I just realized you ended that post with "Be Courteous." I may not have been very courteous, but I have been painfully honest - painful for me - I don't really like making this type of post. You have had so many chances to learn from us and you just continue to adopt the unstable wishy washy ways of most of the typical truck drivers we try to steer people away from.

Everybody loves their trucking job during the first few weeks, you're running on excitement and adrenaline. The professionals are the guys and gals who have been doing this for years and are still happy with their careers. The reason is that their results have nothing to do with the company they are working with, and everything to do with their ability to perform consistently at the highest levels in the face of all the difficulties and twists and turns that this career dishes out.

N/A
Unlisted, ME
Considering A Career
Posts: 97
Joined Us:
6 years, 5 months ago
2 Photos

Oldschool, while I greatly appreciate your honesty, I think you read too much into my initial post. If anyone called the recruiter for Ozark, I am sure they'd get the same information. After all, I'm only sharing information about this company. Nothing more. Nothing less.

Yes, I began with a big company and was excited about my new career change. Sure, I said many positive things. Then the negative things were said.

Now, I'm only giving a short review from my own perspective of another company as a driver. I stated, "I've not found anything to complain about. But when you stay at some place long enough, no matter the company, you'll eventually find something to complain about." That's true of any and every industry, not just trucking.

Now, I'm not saying that I will find a genuine complaint, but that it is possible that something may happen in the future that will cause me to complain. You know what, that's just a part of life.

As for Ozark, I'm happy with the pay. I guess I'll take your advice and not post anything further on this site until I've reached my two year mark. No problem. Seems a few of you are still ill toward me because I decided to team drive despite the many negative things that were said about team driving. Thats okay, too.

Be safe out on the road.