Hey folks, I just successfully completed Bulk Tanker training for Schneider in Houston, Texas. I'd be happy to answer any questions anyone has about the training. I had previously been driving Dry Van for Schneider so I figured I knew what to expect, more or less.

First and foremost, let me say that the training is not as easy as it sounds. Schneider is serious about training and safety, and they will weed out drivers they think will be unsafe. I was the only person in my group who actually completed the training successfully - everyone else was kicked out or quit. Transporting and unloading hazardous chemicals is serious business.

For experienced hires it is roughly 3 weeks of training. The first day they do the medical and a physical work screen. For the physical, they make you do a variety of tasks like stair stepping, walking on a balance beam (backwards, even), carrying around heavy loads, lifting weights above your head, etc. They measure your heart rate after every exercise, and if it's over the limit for your age, you are sent home. If you fall off the balance beam, you are sent home. It sounds easy, but they make you do the balance beam last, when your legs are already tired from the other exercises. One guy from our group fell off, and another couldn't kneel down on it, because he had a knee injury. (he was cut, too, but he came back 2 weeks later)

The second day they outfit you with basic protection equipment and take you out to a tanker trailer. They make everyone climb on top of the tanker and walk end to end. Anyone who won't do it is sent home. Some people don't realize they are afraid of heights until you actually get up there. To be honest, it is scary the first few times you do it - especially since everyone is watching you. If you have average balance you will be fine. I was so nervous the first time that I considered quitting, but I didn't want to chicken out in front of all the other guys. Now I get up on top and it doesn't bother me that much, but I am still really cautious.

The rest of the first week is mostly classroom time. You sit through a lot of lectures and watch a bunch of videos that have tests. On Friday and Saturday you will do two full days of unloading training. One day is how to unload with the hydraulic pump, the other day is unloading with the air compressor. If you are a super fit, in shape person, this probably won't be that difficult. I am a bit overweight and in not that great of shape. To be honest, it was pretty brutal for me. It was two full days of standing out in warm temps with 90% humidity wearing long sleeves and pants, safety vest, hardhat, dragging 30 lb hoses around, climbing up and down the trailer. One guy from our group quit after that first Friday. After the first time I completed my pump unload, I was completely soaked through with sweat - it was like I had walked into a shower with my clothes on.

After that we did a couple more days of classroom time, and then we went out with our trainers after passing a preliminary road test. Most experienced hires go out with a local trainer, which is awesome because you get back to the hotel every night - no sleeping in the truck with a stranger. I did Wed-Sat with my TE, and we started at 4:30am every morning. It was mostly one load a day, picking up an empty tanker at the tank wash and getting loaded around Houston or Freeport, then driving across town and getting an unload. I lucked out and got a really great TE. He showed me a ton of stuff, a lot of small details about tankers in general and how to deal with these big refineries.

The last week are SQTs (aka final testing). The first day of SQT we did a bit of a recap, no testing. Our instructor made us do a few unloads to see how we performed. The second day we did our unloading testing for pump and air in the morning, and then in the afternoon we had a test on Trip Planning. Unfortunately, the only other guy left in my group failed both the unloading tests and also the Trip Planning test. He was sent home on the second to last day of training. The 3rd day of SQT I did my final road test w/ a pretrip, coupling, driving around Houston, and then backing in the yard. I passed everything with flying effing carpets.

Also, you have to be clean shaven and cannot wear contacts. I've had a mustache/goatee and beard for the past 20 years so this is a big change for me. You can have a mustache that goes the length of your lips, that's it.

The hotel provides breakfast, and they get Subway every day at the OC. (salad or sandwich) I've just eaten Subway every day for 3 weeks and I am totally over it, totally. The hotel is actually pretty nice. No complaints there. I lucked out again because my original roommate got sent home on the first day for a medical issue so I had a single room my entire time there except for the first day. (you will probably have a roommate)

If the training sounds intimidating or too strenuous, keep in mind that if an overweight guy can do it, you probably can too. I'm just an average guy.

Good luck and I'd be happy to answer any questions.

Jack, I am so glad you're sharing this. Occasionally someone in CDL school will mention wanting to start out with tankers... those drivers can benefit from your training experience. This was for dry bulk training? How many people originally began in your tanker training class.

Congratulations for making the grade. I know it was tough.

Yeah, there is no dry bulk at Schneider as far as I know, it is all liquid chemicals. Also, except for trailers that have more than one compartment, the tankers we pull are all smooth bore.

We started out with 5-6 in the experienced group - all of them were cut or quit except me after 3 weeks. The inexperienced group started with 15-20 people. I'm not sure how many made it because I actually graduated and started driving my truck while they were out doing their second week of training on the road. I know a few quit and some were cut, but not sure exactly how many. One inexperienced guy quit because he didn't like the physical nature of hauling the heavy hoses around, another quit because he said he was uncomfortable working around/smelling the chemicals in the refineries. A couple actually failed their qualifying road test in week 2, and got cut before they went out with their road trainers. From what I heard, they were performing unsafe backing maneuvers, hitting cones, etc.

I've been on my own for 2.5 weeks now and driven all around the country. It seems like something has gone horribly wrong every single day on the road but that's trucking for you. Overall, I'm liking it better than dry van. I would totally encourage any new drivers to look into tankers if you are up for a little more challenge. One thing I really like at Schneider is they pay you for each load and unload, whether you do it or the shipper/consignee does it. They don't pay dry van drivers when they get loaded/unloaded except for detention after 2 hours I think. (bulk drivers get detention pay too in addition to the flat load/unload pay) 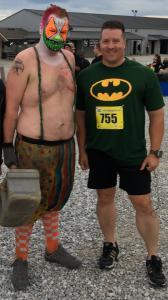 Jack, what are the routes like for Schneider tankers? I'm strongly considering going with tankers (when I start) and Schneider is tops on my list. I was curious if you were regional or eastern/western US, etc. Another question, does Schneider provide you with any or your starter equipment (like a hazmat suit) or are you required to purchase these things on your own? 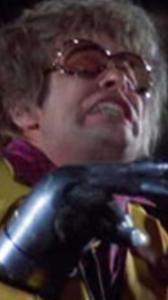 Great stuff here Jack! Thanks for all the information. I’m extremely nervous about this career change. I’m at the airport now flying to Phoenix for my refresher then to Houston for 5 weeks. It’ll be great to get an update on how things are going!