A few cases of CapNCrunch Crunch Berries cereal and a couple cases of the 32oz bottles of Gatorade. 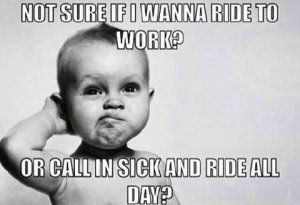 Nothing here. Must be doing something wrong.

Why were the rejected, OS? I'd think that a shipper wouldn't ship bad onions... Then again, I'm a wannabe.

Michael, when you're dealing with produce loads they can be a little tricky. We were having record heat during that load. It should have been on a regular flat bed with a tarp only laying on top of the onions so the sides are exposed. Onions give off a gas that will cause them to spoil quickly if there is no ventilation. I had a Conestoga cover which only increased the heat due to a greenhouse like effect since there was no ventilation.

Another factor is how the produce is to be used. Is it to be sold as fresh, or processed into something else like cans of soup? The customer who rejected it was going to sell them as fresh bags of onions. The customer who was glad to get them were selling them to a large manufacturer of soups.

Even though we don't get to keep it our company still has to pay for it lol... 38000 pounds of rejected smoked hams in New Jersey for one of my clients ... great , he didn't tell me what he did with it