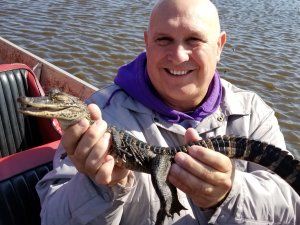 I guess is time to move on

I don't know if that's a good idea. Moving to another company which is seeing the same as every other company...low freight!! Don't jump too soon. It should pick up soon. Everyone I talk to says the same thing. Good luck.

Run away from amazon accounts. They don't pay enough to make it worth it. Bezos will run it so cheap and screw over all his "contract" drivers. I have heard many of the current o/o are leaving amazon over the lowered freight rates.

If Barr Nun is owned by Knight and Swift acquired Knight...

J.B. Hunt has LOTS of divisions and "opportunities". They even tell drivers if they aren't happy doing what they are doing to look into other opportunities within the company. I would think that would be the better move, at least initially - - there or at any large carrier.

As for J.B. Hunt / Amazon, looking to get rehired by J.B. Hunt in about a week and resume my training at Target DC in Oconomowoc, WI. Especially now, as I am about to move to Kenosha - 20 minutes from Amazon.

Wishing us BOTH well!

If Barr Nun is owned by Knight and Swift acquired Knight...

I’ll finish it for you Marc; “...offering a driver even greater opportunity within the Knight-Swift family of trucking companies”.

Swift and Knight merged; it was not an acquisition. There is a holding company allowing both to run independent from each other. Although it was a merger, many of the C level and VP positions are held by former Knight executives.

Since it occurred? We have a much more equitable contract with Walmart. Added more stores stretching the territory thus increasing mileage, new equipment coming in, base CPM increased, flat rates for some backhauls (favors the driver), and the account now has a Diamond program in place that is attainable. With that program a WM Dedicated Platinum driver can be elevated from 61 to 64 CPM.

Life is better after the merger.

Life is better after the merger.