How Do I Handle Hub Rats?

My issue here is that instead of offering constructive criticism or a helping hand, somebody took it to the office and had negative things to say

That's ok, because if you handle it the right way it shows you have character. It shows you're focused on getting better. The fact your trainer wants to help shows he likes you and he believes in you. Having him on your side makes all the difference in the world. They care a great deal about what he thinks of you. That's huge.

I totally get what you're saying but it doesn't help you to worry about it, so I'm hoping you'll turn it into something positive that can help you. The more often you'll do that the easier it gets. Before long you become that guy, the one who never gets rattled, always takes things in stride, and always stays positive. That guy winds up happier and more successful than most because he's always focused on the right things and doesn't get distracted by the little things.

Tony Robbins, one of my favorite people of all time, says, "Most people fail in life because they major in minor things."

Keep the big picture in mind, the main goal, which is your success. If it isn't going to help you become more successful then don't give it your time or energy. Sure, there's people who will talk behind your back or handle things the wrong way. Don't let that concern you. Look for the opportunity in it for you. Focus on that. Yeah, it's hard sometimes. It would be so much easier at the moment to just go punch someone in the face. But wouldn't it be better in the long run if that guy had to watch you become a better performer than he is?

Use whatever motivation works for you, but just make sure that you're focusing your thoughts and energy on things that are helping you succeed. 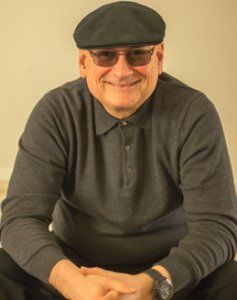 You just started a week ago and some other drivers are complaining about 40 minutes to hook up doubles and pre-trip!?! Just ignore them, and take all the help you can get from proper sources like you're trainer. You'll likely be at that FedEx goal of 30 minutes soon enough, but take whatever time you need to be safe and properly prepared.

A few days ago I received a call from my trainer. He asked me if I was having any issues with my runs because he got an email saying that I was taking too long to leave and there was an issue with gate times. I told him I haven't heard anything, but I wouldn't be surprised I'm not fast, yet. He told me if I had issues to let him know and he'll schedule me in to get some practice. We left it at that.

Today he calls me again and he's not happy. He told me after we spoke he went to ops to see pull my depart/arrival times. Turns out, I haven't been late at all. Some people are complaining that I take too long to hook. They're complaining about me trying to line up my lead trailer and dolly as straight as possible.

Here are my issues

1) I know it takes me a little longer too hook. Because of that, I'm courteous and I let everybody pass before I block everything up.

3) Who cares? We're not team driving. If it takes me 3 hours to hook, it doesn't affect anybody but me and maybe some customers. What I do has no bearing on anybody else.

My trainer told me he was going to find out who was talking and address it personally. He said he's not going to let somebody bad mouth his student for doing things the right way. He told me to keep doing what I'm doing because I'm the one driving the equipment and I have to be comfortable and confident that everything is secured properly. He said the office people know I'm new so they're not going to give me a hard time about being late.

Here's the issue, unlike terminal rats I see the same people everyday. It's not in passing or once in a while. I don't want to have a bad work environment. I'm thinking I should just let it slide, but I'm not ok with drivers going to the people that run the place to complain about a nonexistent issue. I don't want people to hear my name and think "the slow guy".