New Grad With A Few Questions Especially With This COVID Situation 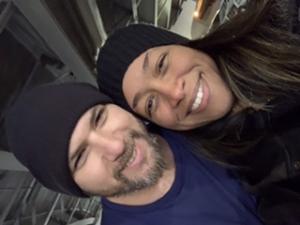 Hey, I got my CDL in Feb and then all of this happened with this virus so I’ve had to pull back to tend to the fam. I feel like I’m down to the lesser evils. From what I’ve read so far there hasn’t been much, if anything good to say about CRST, Steven’s and May. I’m looking to go solo after orientation so I’m guessing that puts CRST out of the list but I saw on their site they have different divisions and some parts didn’t really explain much. I’ve applied at a few local spots too but no bites yet. I’m wondering, how has COVID affected the miles/training? I was told that Stevens runs more miles on avg than May but May has that “daily pay” so I’m still weighing my options and planning on calling one if not all soon. Thanks in advance for your advice and opinions. Be safe.

First, to answer your questions. If you look on websites where people post their own reviews, you will certainly get many [Put trucking company name here] sucks and screws their drivers. So don't believe them. Ex-drivers who don't understand what the job is all about and get booted for their own mistakes are motivated to blame anyone but themselves.

A warning about local jobs: local is much harder to do what with lots of City driving and many more pickup & delivery points. If you get on with a local company chances are they are a small business. This means probably that they have fewer resources, and more business problems than a major carrier will have. Your best career route at the beginning is OTR of some sort.

National carriers will have newer equipment and can get you all the miles you can eat. Yes, you will be gone from your home town for weeks at a time. But that's the nature of the beast.

Don't worry about daily pay. Most companies pay weekly. It's easier to manage & track your work instead of having two or three payments to sort out.

Have you used the menu at the top to look through all our resources? Touch on the three-bar menu on the to left. There's time you many be interested in.

Forget everything you've read on the internet about these trucking companies. The reviews about trucking companies are really useless. Let me explain. Think about the reviews you read. Who wrote them? I'll give you a hint... The people who write those reviews, claiming this or that company to be unfair and terrible to work for, all failed at trucking. They were clueless disasters who couldn't fill the shoes of the professional drivers who are presently being very successful at those same companies.

We all see it almost daily. New people try to make it in our chosen profession, and they soon realize they have no idea how to succeed at this. Instead of digging deeper and genuinely trying to succeed they just throw the company under the bus. That is a cop out - especially when there are thousands of other drivers at that company doing very well. The worst people to take trucking advice from are the people who have failed at trucking.

Trucking is completely performance based. Any successful trucker knows they've got to dig in and make things happen out here. Not everybody can do this job. A lot of outsiders think it should be really easy, but the insiders know the sacrifice and commitment required. At each of the three companies you mentioned, I've seen successful drivers in our forum do very well.

Success in trucking is never handed to you like a free prize from your employer. It's more like you earn it with your own determination and resilience. I've always maintained that the name on the truck's doors is irrelevant. Success at trucking is something the driver brings to the table. Writing irrelevant and disturbing reviews is something the failed truckers are experts at. It eases their conscience and allows them a scapegoat to blame for their own shortcomings.

I hope you'll hang around and try to learn from the helpful group of professionals here. You can start by reading our "starter kit." That should help you a good bit. Also take the time to listen to this podcast...

You're Getting Advice From The Wrong People

And here's the "Starter Kit" material. Go through it and educate yourself. It will help you tremendously.

Hey Sualen, I thought you might appreciate a little more personal perspective on our concerns that you are being influenced by bogus incriminating information concerning trucking companies.

I started my trucking career 7 or 8 years ago as a second career. I'm now 60 years old, loving life on the road, and earning a very respectable wage as an OTR driver. When I was getting started, I unexpectedly encountered some difficulties getting hired. My options quickly got pared down to one company. So... Western Express it was!

I'm telling you all this because I sense that you are feeling squeezed into a box you aren't comfortable with. I know that sense of despair. I was literally frightened by the reviews I was reading. It appeared by all means that the devil himself was running the company, and all the employees were being treated like slaves. It was to the point of being demoralizing. I mean, how many bad reviews can a trucking company have? I saw no encouraging comments anywhere - zilch - nada!

My tenure at Western Express taught me the power of the things we teach new drivers. It made me sad to realize how tens of thousands of newcomers to trucking are immediately and irrevocably set on a path of self delusion and destruction. Trucking literally has a bad rap due to the incredible numbers of people who try to make a start in this career without preparing themselves with a good understanding of how this all works.

Any successful driver can see right through the myriad of ridiculous comments in the online rants people compose concerning the way "Big Trucking" treated them. It would be laughable at times, the way they carry on, if it weren't so sad the way they mislead people like yourself.

I'm sorry, I'm going on and on, let me tell you about my rookie epiphany...

My experience at Western Express (the one company who gave me my first shot, and the one I was convinced was evil) was an all out revelation of how each individual driver holds the keys to their own success. I learned that trucking companies love and appreciate productive people who are able to use their talents and street smarts to accomplish more than their peers. This job is all about being productive. How many times have you seen the online crybabies complaining about not getting enough miles, and therefore starving to death? Ding! Ding! Wait a minute! That tells you something - that driver never learned how to do the things that would help them be productive - that driver was their own worst enemy.

I was amazed during my time at Western Express that I maybe only met one or two other drivers who were doing really well like I was. Everybody else was a non stop complainer. They weren't happy with the company and it boiled down to the fact that they weren't making good money. I couldn't understand it. I always had all the work I could possibly get done. I was always booked up with great money coming in for a rookie.

I knew enough about business (former long time business owner) to realize the trucking company desperately needed their drivers moving lots of freight. That's the only way they could manage to make money, so why wouldn't they keep all these other drivers moving like I was? It made no sense to me then. It should make no sense to you now.

Somehow all these low performing drivers had been convinced that there are certain trucking companies that will help you get started, but they will take advantage of you in the process. Supposedly that is their business model. Somehow they manage to make millions while you sit idle in your truck! That's crazy talk man! It's a fools way to ignore his own shortcomings, and blame all his troubles on "The Man."

These dummies are convinced that they just have to endure this one year baptism into corporate greed and then they will have the experience that allows them to move on to a "better company" - you know, one with a "family atmosphere." It's all Bovine excrement - it's trucking nonsense!

All these companies (including the ones you named) have a core group of drivers who "get it." They are the drivers who are productive. These type drivers are always favored.

Anybody who wants to succeed at this will put all their energy into learning how to be efficient with their time, productive with their results, and effective at developing their relationships with the people (their managers) who can have such a positive influence on their ability to stay productive.

Have you noticed how stressed you are by focusing on which company would be your best option? I'd wager it's consuming your thoughts. Let it go. It's wasted energy. Focus on being the best new rookie driver that was ever on the company's payroll. That's what will grant you success. Every other concern is minimal.

Bring your concerns in here to us. You will learn a lot from the dedicated professionals here. Each of them has a record of success in this industry. That's precisely the people you want to listen to.