Would I Face Hostility If I Went Into Trucking?

I will tell you like I have told many others- WHO you are is defined by your actions and attitude. Not the identity labels. The only time that flips is when you make it a mission to tell everyone your label like a badge of recognition (for good or ill). No one really cares until they are forced to. If you lead with your label instead of who you are, then yes , you will find those that will think opposite of you and present themselves in the worst ways. If you just have conversations without doing the whole "I identify as this" circus then people have a better chance of figuring out WHO you are and whether or not you are good people. Not what your label is and strap you with all the connotations that surround it.

The only hard time I've ever gotten from other truckers is the fact that I drive a day cab and/or I wear a uniform. It's usually light hearted fun, but some people like to make silly comments. Doesn't bother me and I grew up playing the dozens. They soon learn the picked the wrong day cab driver

Hey folks, thanks for the encouraging replies. I've been thinking about this, and frankly, I think my family member's problem is mostly her problem. Much as I love her, I think she is hung up on status and has trouble thinking of me as a truck driver. But that would be her problem, not mine. I DO NOT think I am better than people who have less education than me. Generally, they have strengths that I lack. People end up where they are because of what fate and chance have dealt them. I know lots of intelligent people never go to college, and also that there are lots of kinds of intelligence, some of which I lack. I will approach this humbly. I know that my degrees won't help me when I'm behind the wheel. As some of you have said, what matters is common sense, and also experience, which I now lack, and which I respect. Thanks again for the reassurance. 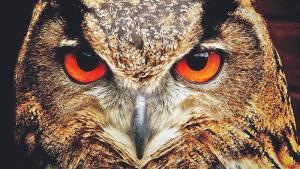 Take it from an ultra rookie, the only question that matters is, " can you move freight?" If the answer is 'Yes' then you've nothing to worry about.