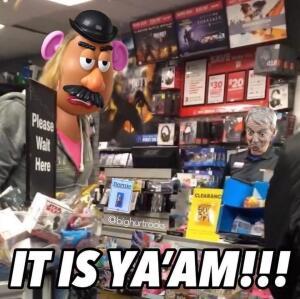 Can Driver facing Cameras be viewed by employers in real time livestream? I have suspicion that it can but would like some factual information. Thanks

I think there is nothing limiting them technically to turn these cams on whenever they want or need regardless of what they say. On the other hand, they have every right to know what is going on in their truck when the driver is on duty. When you are off duty, you just cover it, so why bother?

Funny, my last co-driver that WAS here driving local for New Legends, in his day cab got fired today under 6 months time. Said he got a call from safety something bout his cell use, he said he just hit a button for incoming call or some B.S. He said the safety guy said, "it was for distracted driving"

Not only was it for that,but also for peein' in a bottle in the cab, LOL daycabs ain't sleepers.... YEAH so, for some reason, they turned on his driver facing camera. Ours in OTR trucks are NEVER turned on "so we were told" in Orientation...... I've never seen the indicator lights on mine go green.

But then I don't touch my cell whilst driving either lol that's what blue tooths for duhhhh....Dummy shoulda tossed a towel over it