350 ton crane!!! WOW! That's awesome. Those are awesome pictures too! Thanks for sharing those. Really cool.

I know this isn't a picture of a load, but anytime you mention flatbed this picture comes to mind: 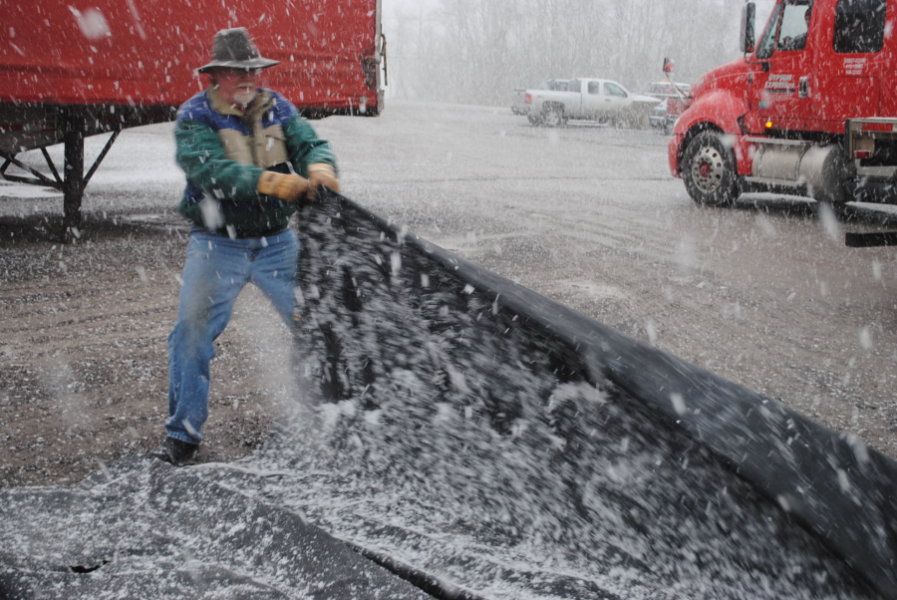 That's our friend and moderator Old School in that picture. If you were going to write a book about what it takes to pull a flatbed, I'd want that picture on the cover. I think it really shows the character it takes to get out there and handle that job day in and day out. Not just on the nice weather days....not just on days you feel like working hard...but every day.

Flatbedders are a special breed.

I'm in Eau Claire, WI today with this load of aluminum siding products. I'm dropping four crates here, and then move over to Maple Grove, MN to drop the remainder of the load. 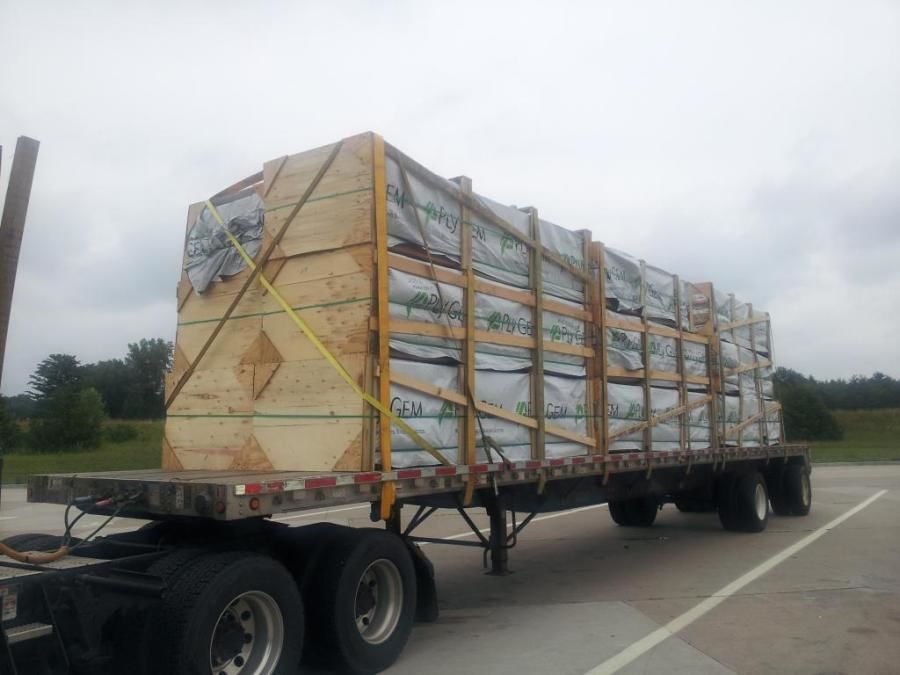 My main concern is how physically demanding it might be. I delivered plumbing supplies for two years locally on a Class B flatbed which required a lot of hand unloading which at times was pretty tough. I guess mostly I would just be tarping and strapping with Class A, though. I'm also kind of short so climbing around on the truck to strap and tarp might be an issue. I'm curious to hear more about that aspect of it.

Joanna, you can do it if you want to. There are not a lot of women in the flatbed field, but there isn't really any reason you can't. Depending on the company, the tarps are 90# or less. I'm not a big guy by any stretch of imagination and I do alright; I love crawling around on some of the loads. Most of the time the fork lift guys will put your tarps up for you, so no big deal. Sometimes you have to use your imagination. I had a load where I couldn't get the leverage to get the tarp up on the load of A/C's; just about fell off of the deck. But then I let my non-macho brain have a go and ended up using dunage (an 8' 4x4) as a ramp. Was still a lot of work, but I got it done with no injuries.

So don't let your size or gender hold you back if that is what you think you might want to do.

Thought you all might like to see what happened over night. They set the last of the foundation pieces at 3 pm yesterday and this is what I saw when I got to the site this morning. They were just waiting for the grout to cure before back filling and running the compactor/rollers. 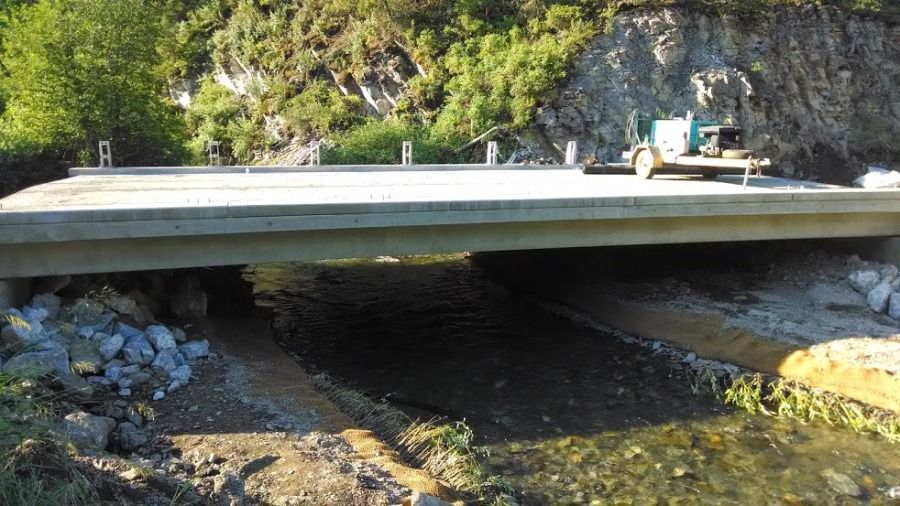 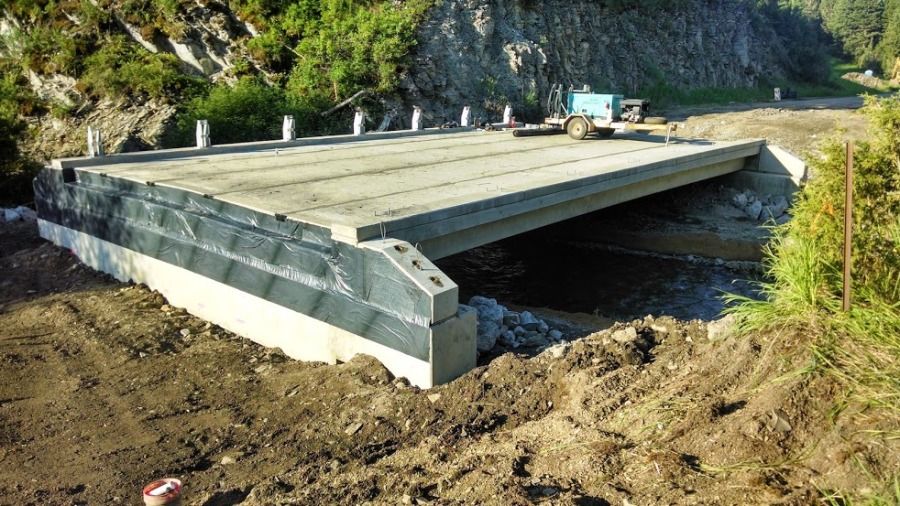 They started tearing out the old bridge at 7 pm on Friday and 8 am on Sunday all that was left was to backfill and put on the guardrail. Paving will come later on the approaches.

Joanna
Portland, OR
Considering A Career
Posts: 62
Joined Us:
8 years, 6 months ago

Loving all these pics!

Depending on the company, the tarps are 90# or less.

You mean 90%? Isn't that most of the time then? Not sure what you were trying to say here.

Joanna
Portland, OR
Considering A Career
Posts: 62
Joined Us:
8 years, 6 months ago

Pat, those are some really cool photos, thanks for sharing them! I've always thought there had to be a more efficient way to build a bridge, and you just showed me that there is indeed. Wow - a new bridge in one day - that really is incredible. I realize that it took more than one day, because the concrete work was done off-site, but still it is a real interesting way to get the job done.

Yea they can be that heavy. Most times tarps fold up to about the size of a sleeping bag or maybe a little larger. Due to the cold your lucky to get them down to the size of a small smart car. Now remember all the winds this past winter plus the cold? 30 to 40 mph winds all day long and they still have to tarp the load.

It's not that I could not do it. I just don't want to do it. My hat is off to flat bedders.

Old School, I would have some serious challenges with those lumber tarps since I weigh less than 150 pounds. Guess moving them around would bulk me up a bit.