Back in the saddle. first of a year's worth of loads. Look Ma! No tarps. Bottom one is 10 feet wide. 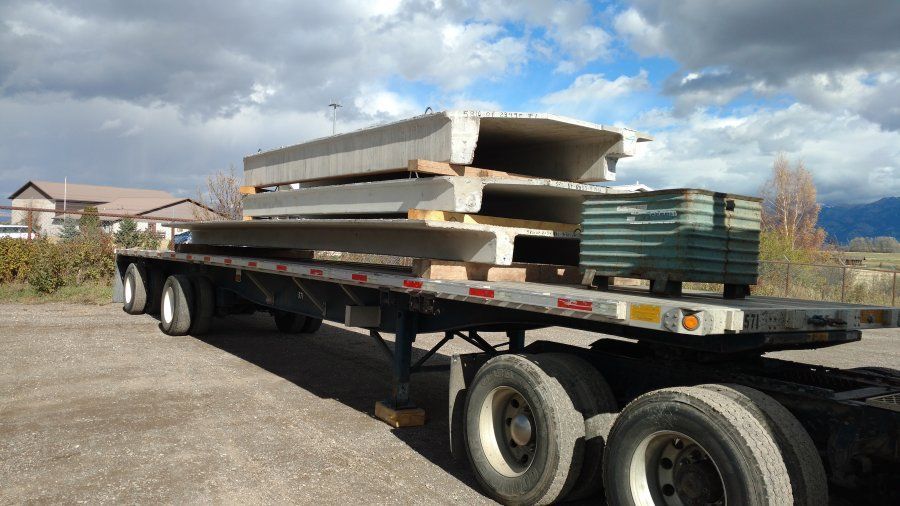 Here's a load of aluminum extrusions that I delivered in Lakeland, Florida. This is a company that makes stadium seating called GT Grandstands. It was tight quarters out behind their warehouse,but I managed to get in and out without tearing anything up. 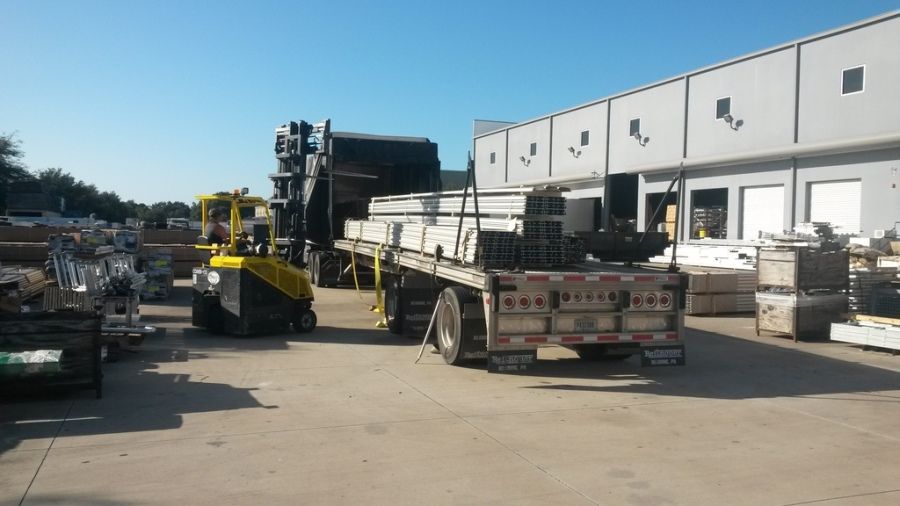 Here's the back haul load I got to take me back to Delhi, Louisiana. It doesn't happen that often but this back haul load delivered to the SAPA plant that I serve right there in Delhi. These big blocks of aluminum are called "sows." That is 46,500 pounds of aluminum. I picked these up at a port, and the label on them says they were made in Russia. 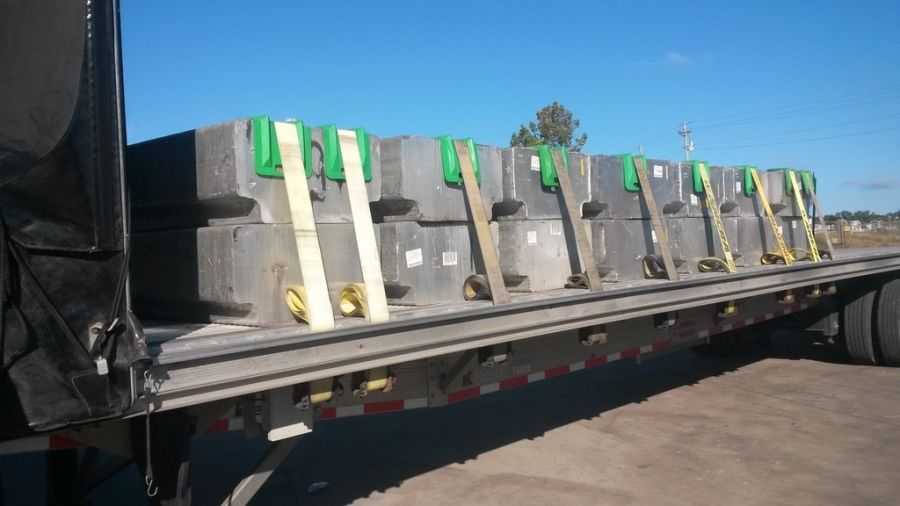 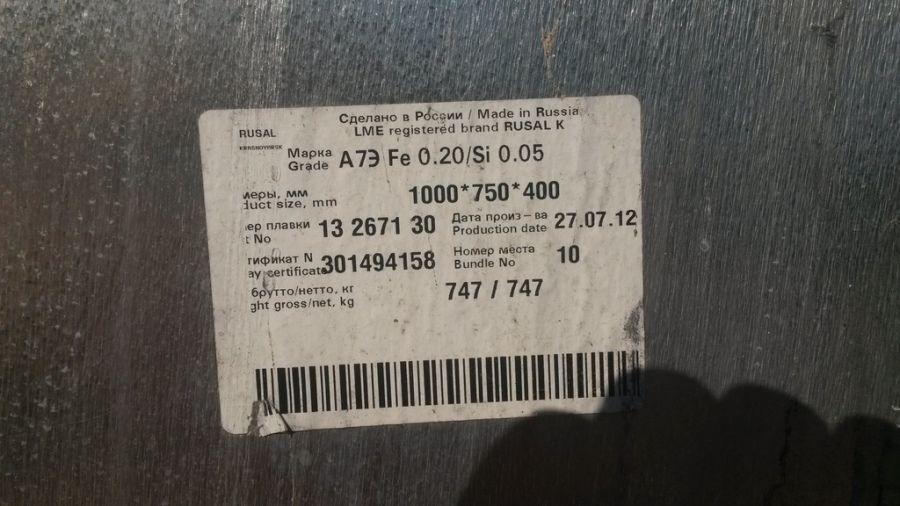 I've always wondered what it would be like to have someone take away something you built and drive off with it. Did you feel like going over to the driver and telling him, "Don't scratch the paint with those chains!!" ?

LOL They had big pads around the chains. 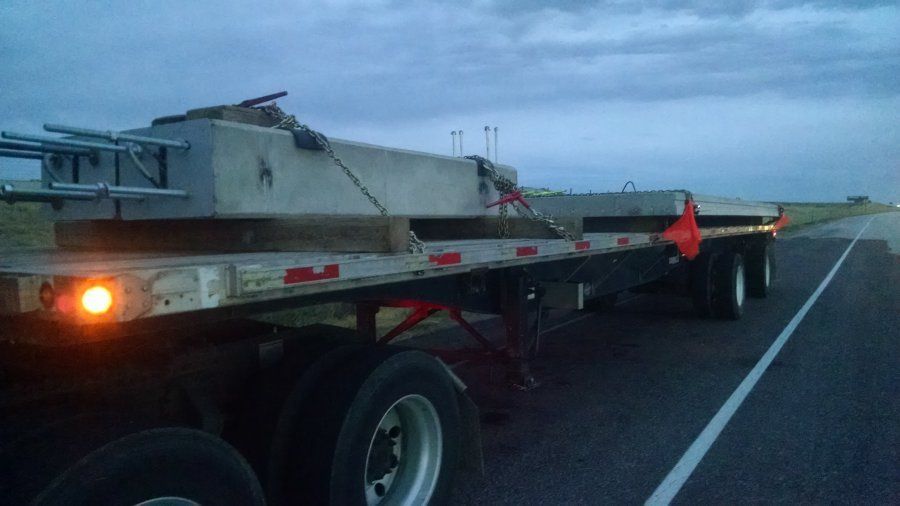 Wow, I wish I had found this thread sooner. This has taken me 2 or 3 weeks to get through all the posts taking a little time each day just before I start work (at a desk). This has really been fueling my desire to do flat bed as scary as it must be some days, the variety and the exercise would be such a beni.

Thank you all for the great instruction, tips, warnings, humor and insight into your lives and the life of flat bedders in particular. This has been my favorite thread so far.

Haven't hauled coils for a while. This company wants the load spread over 60% of the deck (about 30 feet), so some go on the back, some on the front. With an odd number of coils, the extra one goes on the back since the spread axles can legally carry 6,000 pounds more than the drives. 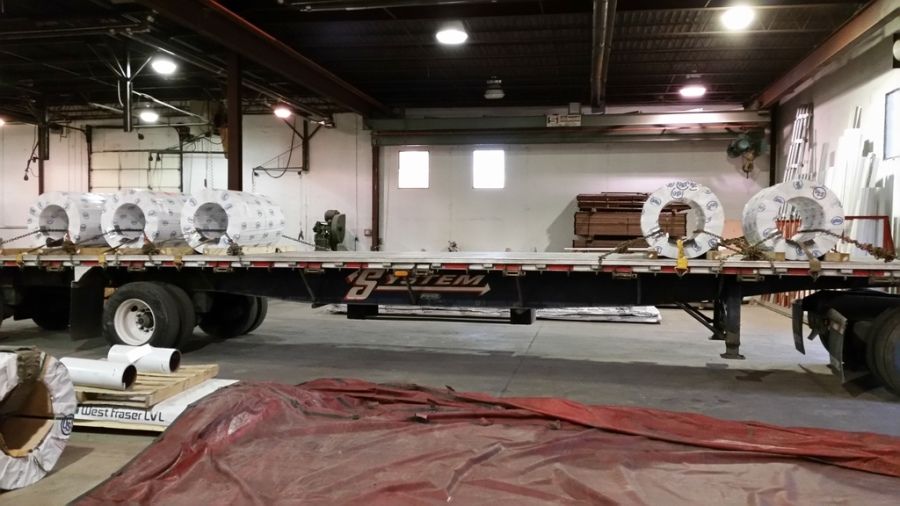 Here's a load of drywall I delivered today. 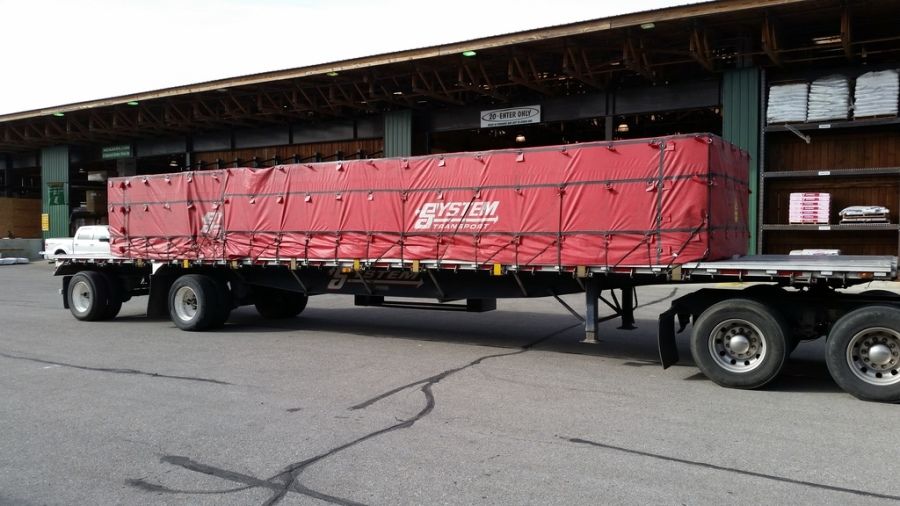 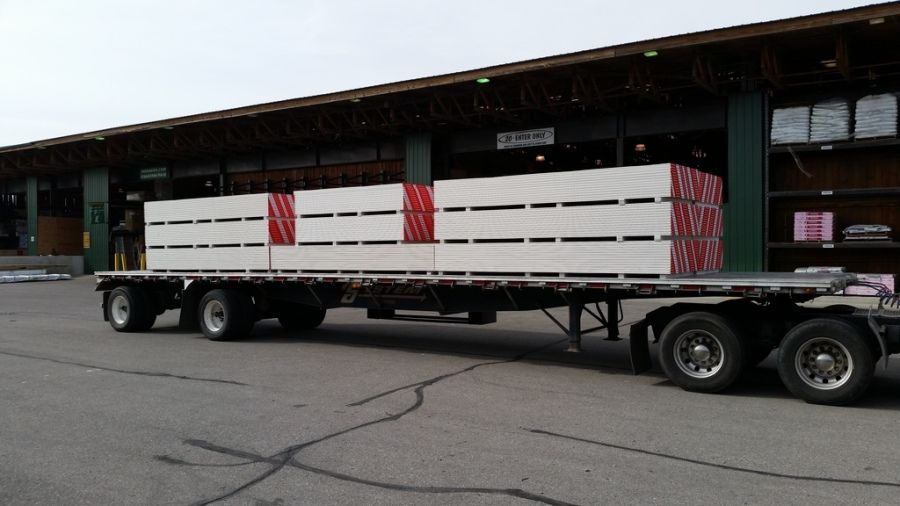 The primary person a driver communicates with at his/her company. A dispatcher can play many roles, depending on the company's structure. Dispatchers may assign freight, file requests for home time, relay messages between the driver and management, inform customer service of any delays, change appointment times, and report information to the load planners.
Bud A.'s Comment

Wow, I wish I had found this thread sooner. This has taken me 2 or 3 weeks to get through all the posts taking a little time each day just before I start work (at a desk). This has really been fueling my desire to do flat bed as scary as it must be some days, the variety and the exercise would be such a beni.

Thank you all for the great instruction, tips, warnings, humor and insight into your lives and the life of flat bedders in particular. This has been my favorite thread so far.

Stewart, I think it's cool you made it all the way through this thread. I love flatbedding and it's what I started out doing. If you decide to go for it, make sure you go to a company that will train you on securement the right way. I would also avoid going somewhere that makes you pay for your own equipment. Most places don't, and it's expensive.

Had a simple load of wallboard today. What made it great was I was able to drive Highway 9 from Frisco to Cañon City as the shortest route to Pueblo and set a new personal altitude record in a truck by going over Hoosier Pass (11,539 feet). There are 8 other passes that are higher in Colorado, but it's doubtful that I'll ever drive a truck over the two that are on truck roads (Independence Pass and Loveland Pass). Independence Pass is over 12,000 feet, but there is an easier route to Aspen, if I'm ever unfortunate enough to have a load going there. Loveland Pass is eight feet short of 12,000, but I never haul hazmat , so I'll be taking the tunnel, thank you very much.

It helped that I was southbound because the worst switchbacks are on the north side of the pass. They are marked as 10 mph. I was heading uphill on that 8% grade. I wouldn't want to do either direction on any snow and certainly not on ice. (Contrary to popular opinion, I am a cautious driver who tries to stay safe at all times, although of course I will occasionally play chicken with a four-wheeler if I know I can capture it on my dash cam and be exonerated legally.)

Here's the top of the pass. 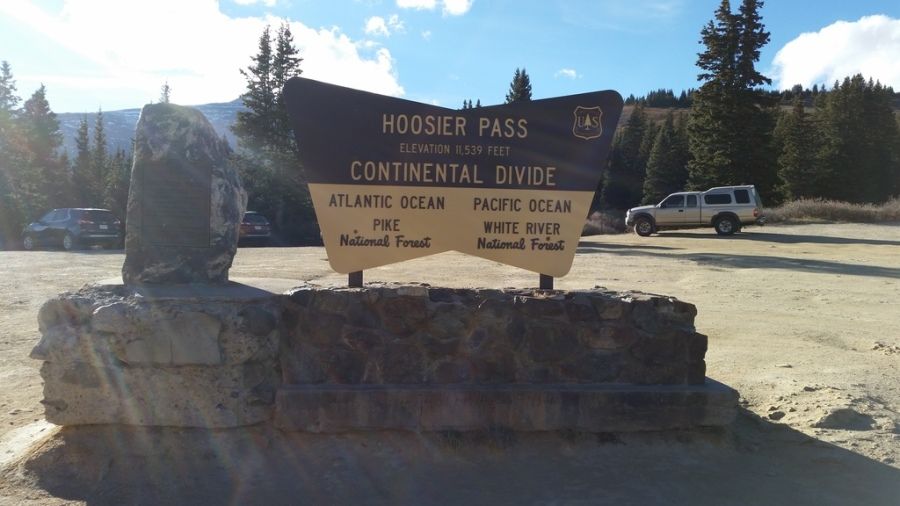 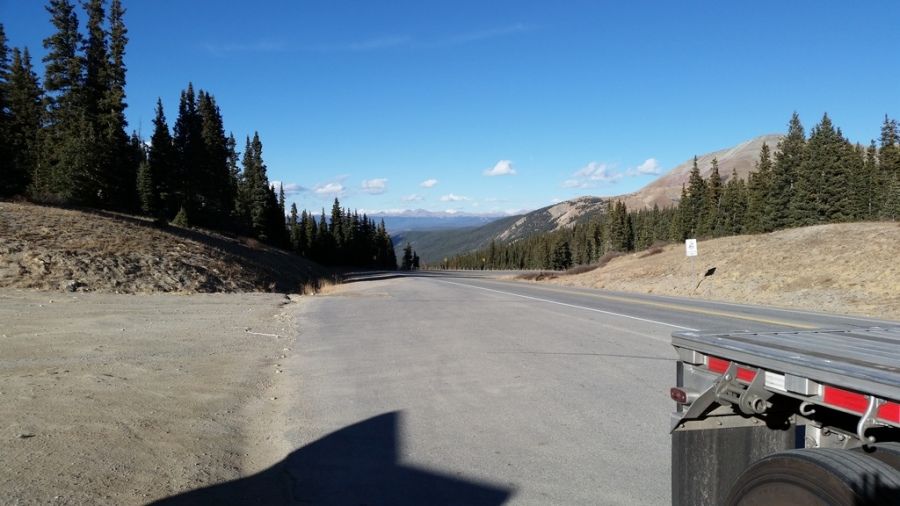 I also got some long-distance pictures of the less-frequently photographed "backside" (west side) of Pike's Peak. 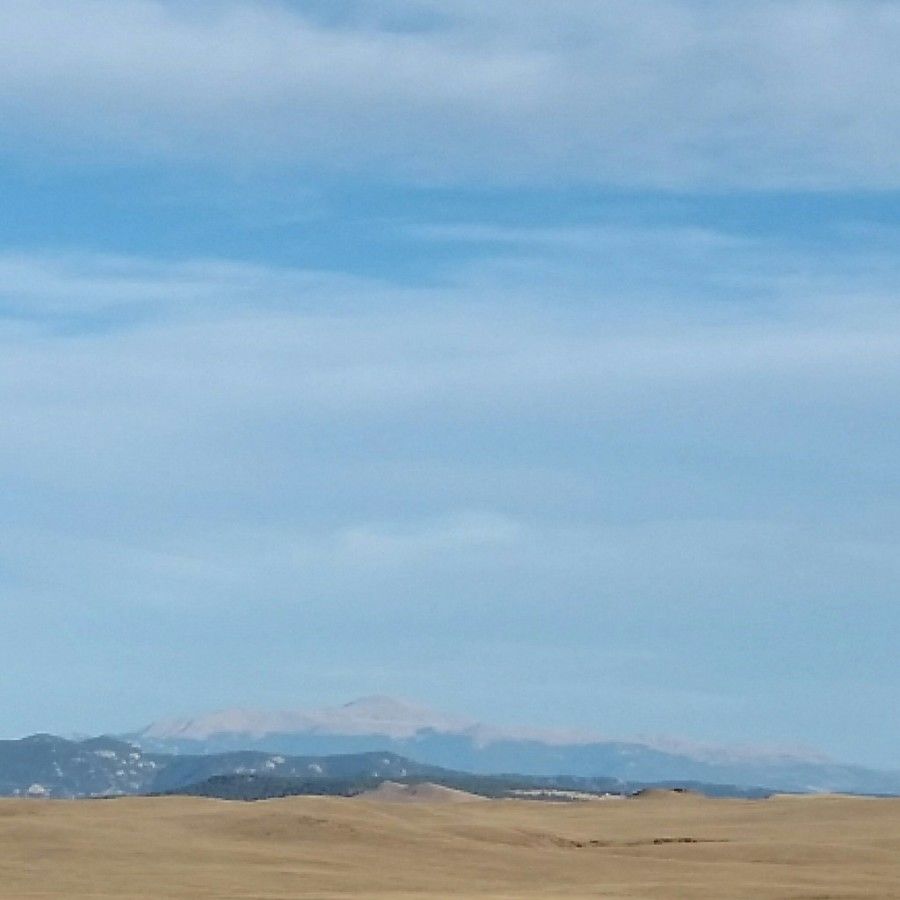 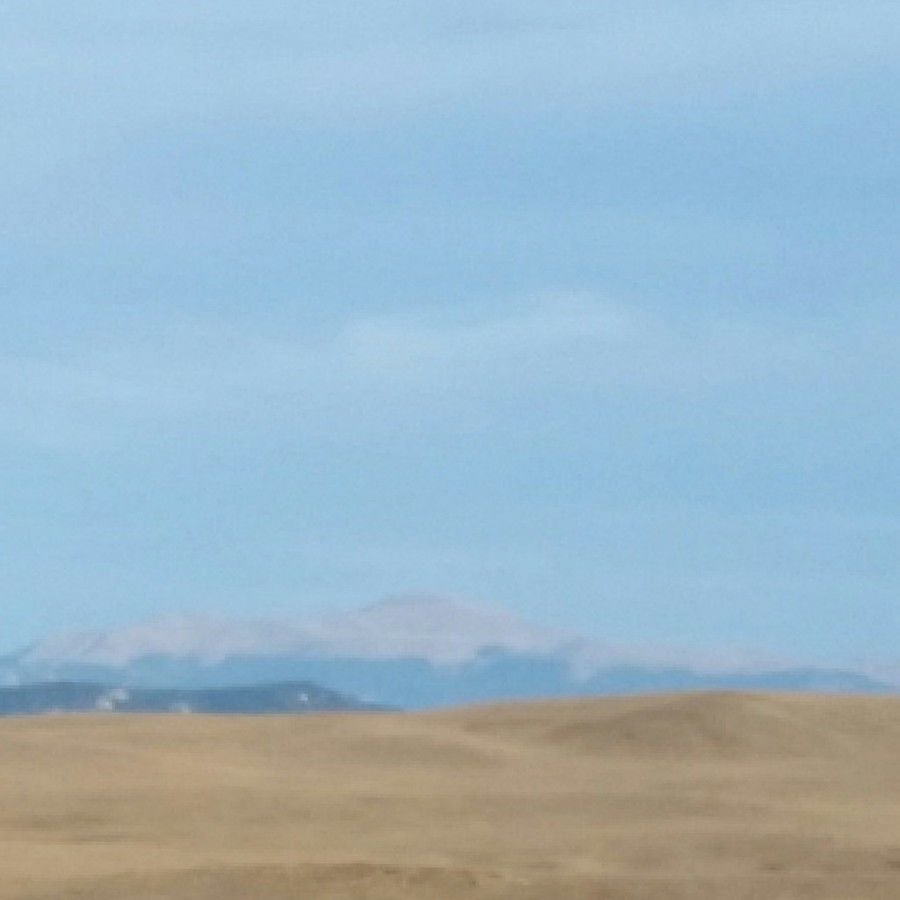 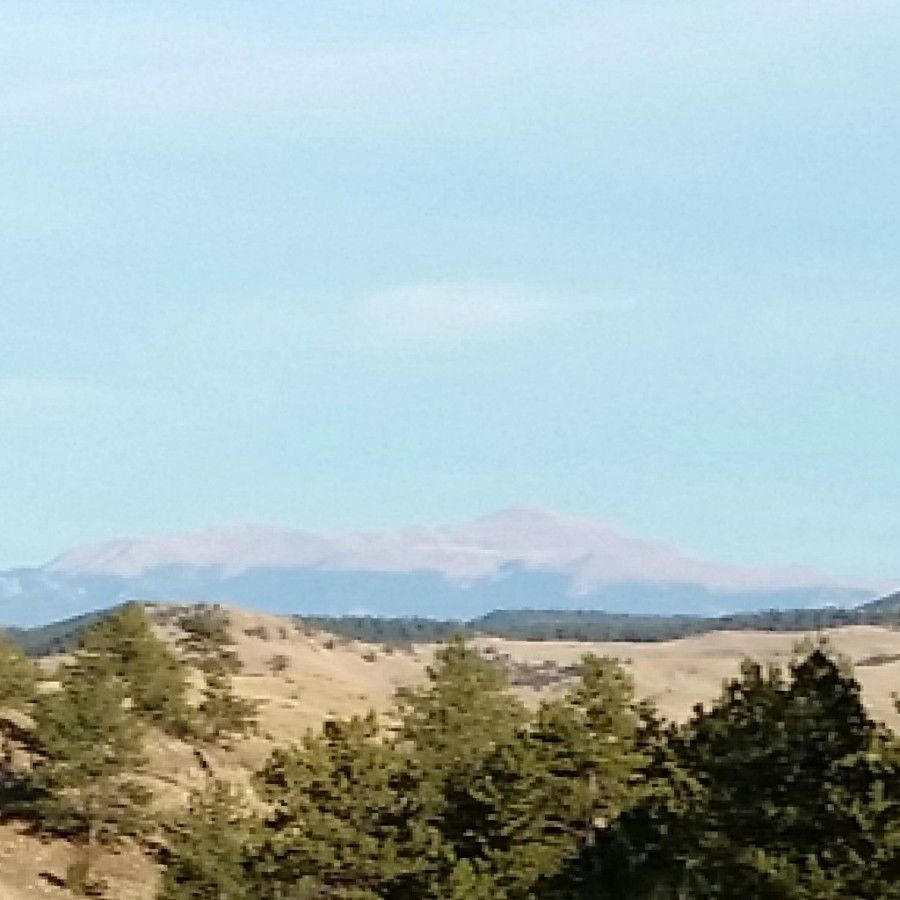 On top of all that, I saw a herd of antelope, a lot of deer, and even some of the wild donkeys that are descendants of the ones that got away during the gold rush 150 years ago that are still around up there. A great day, all in all.

I've got a sort of flatbed LTL load on now, three pickups and three deliveries, total weight just over 16k.

I delivered at the first stop tonight. I was concerned that I wouldn't be able to make stops 1 and 2 tomorrow, since they have narrow 5 hour windows for receiving and are 4 hours apart. I called the first stop to ask if I could park there and to confirm receiving hours. They open an hour earlier than what I was told.

He started to tell me where I could park, then asked what I had for him. I told him just a concrete tie and a pallet of hardware. He said he lives 20 minutes away, just call him when I get to a certain place and he'll get it off tonight. So I did, and he passed me as I was heading to the little town and led the way to their yard. In and out of there in 30 minutes, and 2 hours closer to stop 2.

So now instead of sweating whether I can get empty at all on Friday, I'll be able to take a 12 hour break tomorrow, get empty early, and be in a good position to get nice long weekend run. I love it when it comes together like this! 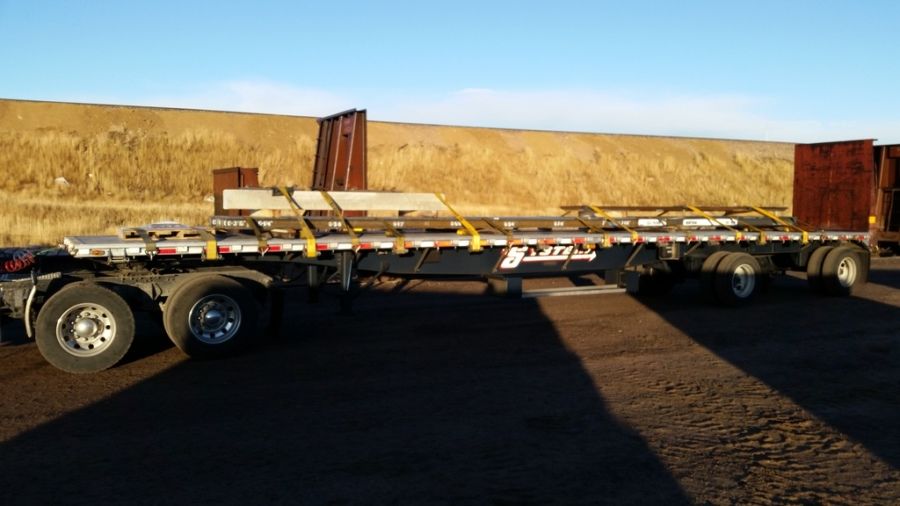 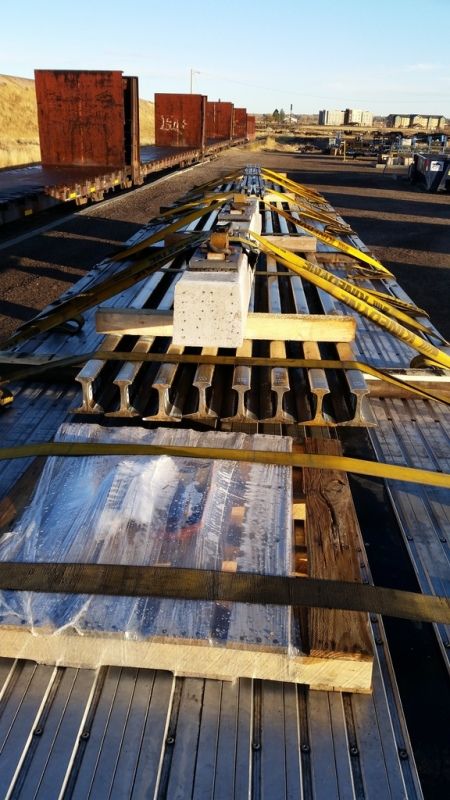 Those are some cool pics. We sure do live in a beautiful country. I was thinking about your Hoosier pass run and realizing that my Cessna 172 that I used to fly would have a very hard time clearing that elevation. Most small single engine airplanes would struggle with that or just plan not make it. You would have to load them on your truck and take them over.