I know there have been a few journals done with Prime so far but everyone has a different perspective and/or different experiences so I thought I would go ahead and throw my two cents in there to maybe help someone else.

8/23 - Boarded the Greyhound at 2:45 PM EST. Bus was little bit over half an hour late. Not usually an issue but I had the wife just drop me off instead of sticking around and did not know the franchise office for my pickup had recently closed. No one to check on the bus status with. Needless to say what was already a highly stressful situation (leaving wife and kids) that little bit almost caused a panic to set in. Knuckled down and took a deep breath. I eventually found someone that was able confirm that Greyhound still picks people up across the street but that I would be able to get my ticket in Columbus, OH and only had to give the driver my ID. So waited awhile for the bus to show up outside this little business 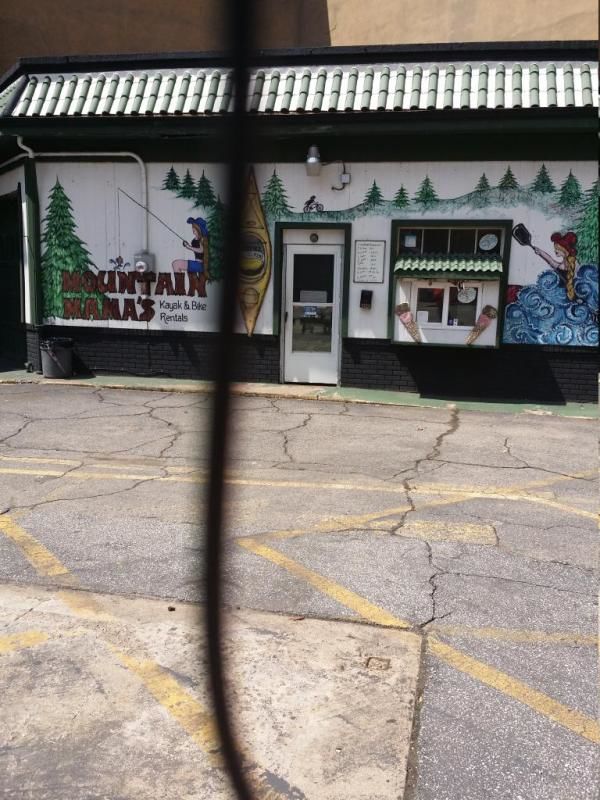 I will skip the normal bashing of Greyhound and say that it was unpleasant as I expected. (ie sitting next to two different people with severe halitosis)

8/24- Anyhow get into Springfield, MO training place and get checked in about 7 AM Sunday morning. Spent the morning filling in paperwork for tomorrow orientation as best as I can, got a shower, and went to this place up the road called Ziggies I think for breakfast since free meals don't start till dinner time. Took a nap then and was intending to just sit in the room and review Hazmat which I will have to test again when I tranfer to the MO license but decided to walk around and familiarize myself with the area instead. Almost 100 degrees here today but its nothing since there is so little humidity as compared to home.

Anyhow got back to my room and finally met my roommate who is an older gentleman from PA who was a bus driver before coming to Prime. I think he said he is of Kenyan decent and I already feel bad for having to ask him to repeat himself so much due his accent being so thick. C'est le vie.

Now we are almost up to present time and I am watching some TV while typing this and trying to put my thoughts in order. Going to force myself into some review time and then maybe a walk up to Walmart for some drinks and snacks to keep in the room with me once the sun goes down. Don't wanna test my statement about the temp not being bad while carrying some groceries....lol

Btw Tango is an awesome video chat app that I used today to talk with my daughter and we even played a few games. Very little in way of data used for a 15 min call (11.32 mb) in which I got to see wife and the kid. Not the same as being there but all the same it was as good as I could expect.

8/25 - Orientation. Must be in the assigned room at 7 AM on the spot. Roll call is done and you get a presentation by a gentleman for being more healthly. Seems like a good program and something I should definitely look into but at some point down the road but for now will have to pass cause I definitely cant afford the personal coach thing right now. Anyhow the rest of it is pretty much like everyone has described. Hurry up and wait. Got the drug test, physical, and interview (basically just goes over your paperwork and collects the $100.00 admin fee) out of the way and had some lunch. Some people have wondered about the free meals. I forgot to picture breakfast but it was plate full of biscuits and gravy and a bottle of apple juice for me. Plenty to fill me and I am a fairly big guy at 6ft 324 lbs according to the physical. I did get a picture of lunch though to give you an idea. Didn't cost me anything. 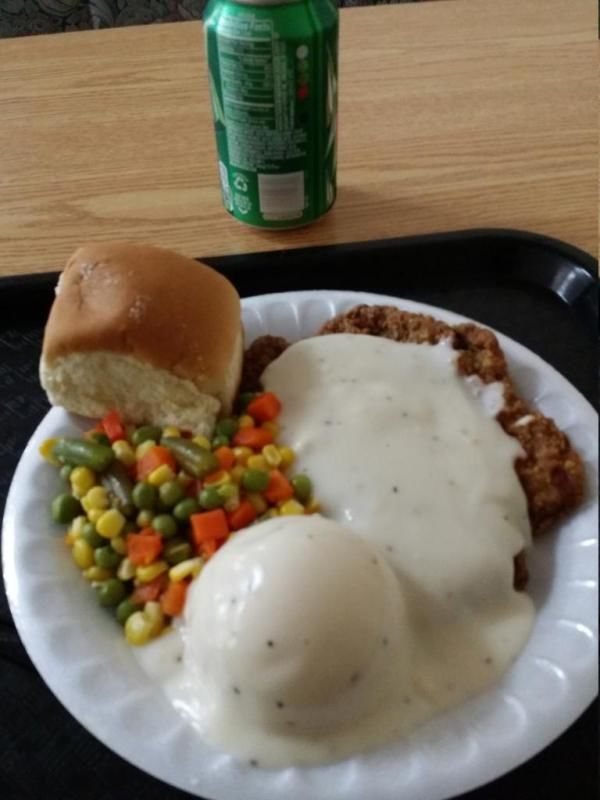 Hmm.. think I need to look at how my online storage is cropping the pics but hopefully you get the idea. More than enough to keep you going.

Oh and for those that have been wondering I have been tagged for the sleep study (apnea) on Thursday. I will be attempting to document this as much as possible since there have been lots of questions on this.

Oh well off to study some more until we get our intro to the simulators this afternoon.

8/25 - The simulators are a blast. While the people who run it dont appreciate it being called this they really are like big driving video games. I managed to get through 4 out 7 simulations you need to complete during the week this evening. One thing of note for everyone experienced or not. Be prepared to do poorly one the first one. It takes a little bit to get used to the feel of it. I didn't feel I was doing at least okay until the third one. My suggestion would be to get these done as soon as possible. Lots of people have to share the simulators in rotation and there are various people in and out testing at times as well for other things.

8/26 - Received medical card (60 day card due to sleep test thing) and letter of temporary residency today. Lots of people didn't seem to understand at first that if you have an out of state license you must tranfer into MO before you can take your final CDL test. Prime is also now requiring a tanker endorsement. Not that you will be hauling a tanker trailor but there is a chance for portable tanks large enough to qualify for the endorsement may be placed inside the trailor.

Anyhow I am attempting to complete all simulator and computer modules this evening while others are out testing for their permits. Proving a challenge as the Prime intra web seems to be having difficulty today.

Tomorrow I will transferring my license to MO and hopefully getting into the pre trip class as well.

Simulators? I would hope it's realistic eenough... I have to think there is nothing like actually being in a truck...

Simulators? I would hope it's realistic eenough... I have to think there is nothing like actually being in a truck...

Just my opinion but they are nothing like driving the actual truck physically outside of mechanics too start doing things like building the muscle memory for double clutching and keeping your head on a swivel, etc.

I was talking to a lady earlier though and I do think they might be really goos decision making tools. We were talking about how some of the people didnt seem to care about actually trying to follow the spped limits or dangers presented and were just going through the motions to get through them. Things like school zones and various things can jump out in front of you if your not paying attention. Hopefully Daniel gets a chance to read this as I am curious if the trainers get to review what we did, etc.

As a side note I completed it all this evening.

We also had a very brief class on paper logs and some of HOS changes upcoming, etc.

Tomorrow will be getting my permit transferred and hopfeully if that is done fast enough will get to sit on the pre-trip class being offered for those done with everything else.

Yes, i think that would be an issue with a simulator... There's no consequences if you act a fool. Having a trailer behind you while your on a small street with other cars definitely gives you a better perspective. Can't help but be very attentive and cautious. Trainer tells us he won't do anything that we are not ready for, Didn't know i was easy for road diving after one day lol Today he wants us to take it up to 55I the thruway. As scary as it sounds, i will definitely be more observant... The muscle memory comes very easy, However, I'm interested to know if you find it helpful once you do bbegin driving "f'real" lol

Any new updates? I applied with prime but havent called them yet since i want to be sure im making the best choice. Really enjoying your posts!

Prime Inc Attending Truck Driving School Becoming A Truck Driver Company Sponsored CDL Training Free CDL Training Sleep Apnea
Click on any of the buttons above to view topics with that tag, or you can view a list of all forum tags here.