Does Anyone Know How Long It Wold Take A Team To Get 140000 Miles(estimate Conservatively Please Or Best Guess Or Worse Scenario ????????????

Page 1 of 2 Next Page Go To Page:
AntoineF's Comment Celadon requires student to drive 140000 miles at .15 cents a mile to meet contract requirements, driving as a team how long can that take

Does anyone know how long it wold take a team to get 140000 miles(estimate conservatively Please or best guess or worse scenario ????????????

So that's like I will be making $10.50 a hour for driving over the road

Sleep in moving truck, putting up with another person, no life, hard to get home time, low cpm since divided by two, Who takes truck home, who sleeps in top bunk when truck is stopped, sometime one person works harder and drives more than the other, arguments over making trip plans, lack of space for your stuff..... Oh and did I mention, putting up with someone else 24/7, sounds like being in prison wages included

My truck runs right at 24k to 26k a month. But remember we are a experienced team also. As a new driver I would say conservatively 18 to 20k a month easily for a non experienced team and that is IF you are not sitting at all.

Not including resets home time downtime goofing off

9 hours of driving will force a reset on you.

So if you did your math for wages at12 months... multiply your weekly earnings by 2 and that will be more realistic. maybe 1.5 and call it 9 months

Is Celadon your only option?

Is Celadon your only option?

Having a school in Alabama shouldn't matter. Also, many other companies provide free food and free lodging.

You're choosing a company based on the least important things you should be considering. It doesn't sound like you're too enthusiastic about team driving.

Listen, you need to pick a company for the right reasons. The average driver pay for a new driver is in the low 30's, so based on our math you're willing to sacrifice 10,000$ yearly salary just for free food and lodging (which pretty much every company provides for free).

You see where I'm going with this?

I think you need to go back to the drawing board and decide a company that fits you for the right reasons - and providing a free 3$ meal shouldn't be the deciding factor.

I know you're probably tight on money (I was too) but there's always something you can do to give you some breathing room. 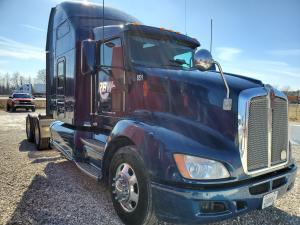 Unless they changed since February it's only 120,000 miles. I'm doing 120,000 miles solo option. Best week I had 2,700 been averaging 1700-2000 but I've had to stop my the house more often then they'd like. They don't really talk about solo option (in Indy anyway) but you can go solo in their reefer division. I assume that's an option in Alabama and not just Indy.

Unless they changed since February it's only 120,000 miles. I'm doing 120,000 miles solo option. Best week I had 2,700 been averaging 1700-2000 but I've had to stop my the house more often then they'd like. They don't really talk about solo option (in Indy anyway) but you can go solo in their reefer division. I assume that's an option in Alabama and not just Indy.