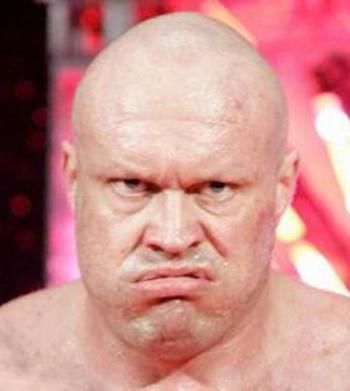 Don't forget to pluck the eyelashes, or that nose hair.

It wouldn't work. They would just pluck arm hair.

Here is the deal and those that think shaving every hair on your body will get you past the hair test......YOU FAIL. That's right. If you refuse a hair drug test or can not take one due to no hair at all then it goes down as refusal/fail on the drug test cause you did not take it. Once you are told to take the test you have to take it.

Here is the kicker. It does not matter WHY you fail whether it's from refusal or just can't take the test due to no body hair the failed test will be on your permanent record and you get black balled from trucking before you even get started. 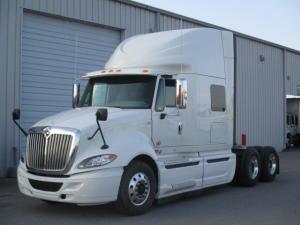 The simplest solution to this problem is just not to be using drugs plain and simple..! If you really want to know if you'll pass or fail go to a Clinic and ask for a Drug Test of both Hair & Urine and then you'll know for sure what the results are so you can proceed with Company Sponsored Training or Private School

Brett I understand what you are saying about the pain meds and the like. I truly do but SOMEHOW ....just somehow seriously doubt that is the reason why this topic keeps coming up on an almost weekly basis.

More likely the real reason is people purposely chose to due some type of illegal drug and did not think about how it would effect their future and are now having to face the music. Personally I think the UA and hair test are sometimes not enough. Through in Bone Marrow test and a Spinal Tap just to make sure.

Brett I understand what you are saying about the pain meds and the like. I truly do but SOMEHOW ....just somehow seriously doubt that is the reason why this topic keeps coming up on an almost weekly basis.

Oh I'm sure some people did some illegal drugs and want to know when their system will be clean. Others have taken prescription drugs. Regardless of what people have done or what their reasons are I just want to make sure they have the best information they can get in order to get their trucking career off the ground. If they did drugs of some sort and have to stay clean for a while so they can start a new career and a new life, so be it. We'll try to let them know what it's going to take.

None of us have been nominated for Sainthood that I'm aware of. We all have our skeletons in the closet.

Well...for those people who have taken prescription drugs within the last, lets say year...all they need to do is get a letter from their doctor, or even a copy of their prescription list from their pharmacy ( I do this once a year)...They then take that with them, so that the testing site has a list of stuff that they might find. And if its covered by a legal script, it will not be a problem...As long as you are not taking those heavy hitter drugs at the time....And you can get a list of those from any DOT doctor... hope this helps...

As a potential employer... working on getting our trucks now....

I have no issue with prescription drugs at all if they are not on the banned list. I do have a concern when it comes to pain killers, as I personally know several drivers that have become addicted to them. I got one of them off for 6 months now but there is always that possibility.

On the other stuff, if someone were to ask me which test we did, that would make me very leery of hiring that person. It's not that they can not change, but have they really changed? All it takes is one bad day and they fall again. We will be taking chances on some people if they are honest. Hell if you have a bad day, call me and I will tell you to quit being a baby and man up. Nah really what people need is someone to listen to them and that is usually enough to keep them from slipping back over the edge.

A driver can lose their job or career based on their choices but a truck owner can lose everything based on someone else's choices. It is not fair either way, but I want my destiny in my hands, not the hands of someone else. What a lot of people fail to do is look at things from the truck owner perspective. Whether it is a mega corporation or a small owner with 2-3 trucks.

With the one truck we have now, it was abandoned between Timbuktoo and BFE. Cost us around 4 grand to go and get the truck, deliver the load etc. What a mess and all because of drugs. Hell the cops did not even find the truck in the middle of the road until we called for a welfare check on the driver. That's when they towed it... We were 10 hours away and they would not wait.

Anyhow, if you are in an interview, DO NOT ask what type of testing that they do.

Ok, I was just informed privately that CR England does both the hair follicle and urinalysis test. Thanks! That's one down and many more to go! I'll keep building the list as we learn more:

i know what you mean. im preparing for school also when will you be attending?

Hmm. I've shaved my head (clippers with no guard) for almost 16 years ever since I joined the Marine Corp. My wife makes me shave my chest and I manscape keeping everything nice and trim. I still have arm and leg hair but, none of that is 1.5 inches long. Not that I'm worried about failing a hair test because I haven't used anything since I was a teenager but, The inability to even take the test counts as a failure... ugh guess I need to let my hair grow out.

Hmm. I've shaved my head (clippers with no guard) for almost 16 years ever since I joined the Marine Corp. My wife makes me shave my chest and I manscape keeping everything nice and trim. I still have arm and leg hair but, none of that is 1.5 inches long. Not that I'm worried about failing a hair test because I haven't used anything since I was a teenager but, The inability to even take the test counts as a failure... ugh guess I need to let my hair grow out.

Yes sir that would be the best idea. A failure is a failure no matter the reason for it. Best just to let the hair grow for a few weeks just to be safe

Choosing A Trucking Company DOT Physical Drug and Alcohol Testing
Click on any of the buttons above to view topics with that tag, or you can view a list of all forum tags here.