So I'm in Hoover Alabama last night, real nice town. I'm going down a hill at like 45mph, light turns red right as I'm crossing. I didn't see a flash but I saw this constant led light flashing like 30 times, even after I was a mile down the road. Not sure if it took my picture, but even if it did, is that punishable by points on my CDL? I'm getting really sick of these cameras, I havent gotten a ticket for it before, but now I'm worried. I mean, I try to anticipate the light changing but I'm not going to slow down to 5mph for every light when I'm fully loaded going down hill. 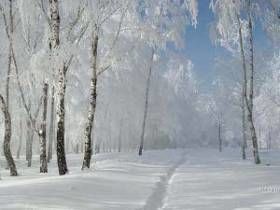 If they mail you a ticket and if you are found guilty then yes it will result on points on your mvr because it is a moving violation. Not sure about Alabama but in Mississippi though those cameras were not permitted because a police officer has to physically witness a misdemeanor crime to write a ticket for the crime.

Generally a ticket issued "by a red light camera" does not show on your drivers license as they do not know who the driver was. For this reason the fines from these tickets tend to be higher. I would think of it as a really, really expensive parking ticket. This is true in Ontario, not sure how it's treated in Alabama. Try Google for answers. You might not even get a ticket as a person will physically look at the pictures and they might determine that you had already entered the intersection before the light turned red. If you were in a car it might not have even triggered the camera.

Here is some blurbage from the web;

Alabama is one of 24 states that permit the use of red light cameras – devices that photograph drivers running red lights and automatically issue tickets. Three possible defenses to consider:

you weren’t driving the car. If this is the case, the photograph should demonstrate that someone else was driving your vehicle;

the yellow light was too short. In some cases, it has been discovered that municipalities have deliberately shortened the duration of yellow lights in order to increase the odds of running the light (and ratcheting up the town’s traffic enforcement revenue). Time the duration of the yellow light and if it differs substantially from local yellow lights, you may be able to make this argument to a judge; some states require that warning signs be posted to make you aware of photo enforcement at the upcoming red light. If you can prove that the municipality did not provide such signage, you may be able to succeed in red light camera defense. (Photos are essential to this defense.)

There is also a case before the courts in Alabama that is arguing that tickets issued from red light cameras are unconstitutional. Florida recently threw out 24,000 red light camera tickets.

I highly doubt that the ticket will show on your license. The ticket will be sent to the owner of the trailer, or perhaps the truck if they got your picture from the front.

If you got the front end of your vehicle over the intersection line, you're good.

Trucks have a harder time to stop since they are carrying a big load. Often "they" will let it slide.

Exact same thing happened to me last spring, in Hannibal, MO, no less. Haven't heard from anyone about it yet.

So Calif they ruled the cameras were a scam to generate income for cities....As they actually had a bunc that set the yellow to short a time frame. And the camera companies gets the majority of the fines assessed NOT the city! Where i lived there was intersection those lights went off for NO reason, without a car even in sight lol (Victorville) We'd be at this 50s we went to a lot for their steaks, and the whole time we'd see the big flashes, and not see any cars on the road!

No it will not go on your driving record. I know this because I am a retired officer from Alabama and issued lots of these. It is strictly a civil matter and not a traffic offense. Just because the light flashed does not mean you will get a UTC. The incident is reviewed by an officer and he/she then makes a determination if a ticket is to be issued. If a ticket is issued it may find its way to your company though. The cameras are set to only go off if you are behind the stop bar when the light turns red. 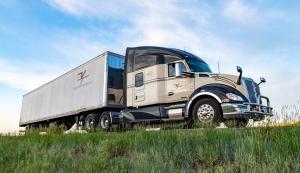 Digging this one up, got flashed last night. Errol, did you ever hear anything?

How to fight if I/we do get tagged.

Raining, bobtail. Right on the edge of, yes I could drill the brakes and stop. (We know how squirrely bobtails are) And keep going. It was a short yellow.. Flash

Digging this one up, got flashed last night. Errol, did you ever hear anything?