Do You Fear Autonomous Trucking Technology?

Well, I won't worry about autotrucks taking away opportunities from me. I am age 52.

I think it is much safer to keep my money in the bank, my trusty service-fee-free credit union, and invest future money into a piece of real estate, new construction with a long maintenance warranty . A home that can draw monthly rent revenue from room boarders in my old age.

It can and will happen eventually, but there will still be a need for a pilot to make sure nothing goes wrong. I used to work with railroad workers as a cab driver and I would always hear that both crew members sleep while the train runs itself. They're there for the ground work and intervention if something were to go wrong.

The technology will move briskly, however the systemic implementation will be mired by the human factors such as regulation, state and federal law, red tape, politics and money. I wouldn't expect a major shift change for some time.

Were we not supposed to ALL have flying cars by now....

A lot of great replies here and I totally agree with the consensus - nothing to worry about anytime soon, if ever.

My dad has quite a collection of mainstream science magazines. Popular Science, Science and Mechanics, Popular Mechanics, Mechanix Illustrated, I read them all, from the mid 1950s forward. In the 1950s, they had serious articles, describing how we'd be driving to work in George Jetson jet cars by 1975, complete with serious scientific explanations of how it was going to happen. Well, my dad didn't fly to work in 1975, I didn't fly to work in 2015, and I can guarantee I'm not flying to the office in 2025, nor is an autotruck going to drive itself from the Port of Los Angeles to the WalMart distribution center in 2035

This is exactly the perspective I always give when talking about this subject. Look back historically at all of science's promises versus the reality in mainstream society and the two are light years apart.

Go even further back than the 50's.........back in the early part of the 20th century the streets were filled with electric cars. One hundred years later the auto manufacturers and oil companies are still trying to convince us that they're trying to make electric vehicle technology viable.

Get serious! It was viable a hundred years ago. But running on gasoline was a little cheaper. And once a gigantic global industry formed around oil you couldn't squash their lobbying efforts and their efforts to restrict access to better technologies.

Same is happening now with drones. We should all be in flying cars. We could have used electromagnetic levitation or rotor technology to produce flying vehicles. I mean, we were still using an awful lot of horse and buggy in the 20's, and went from that to putting men on the moon in 1969......it's now almost 50 years later and we're still driving gas burning V8's?

It doesn't matter what technology is available. What matters is the profits they can produce, or the profits they can take away from the existing technologies and the status quo. We are not a nation that forges ahead on the leading edge of technological innovation. Far from it. We're a society that limps along on outdated, dangerous, and inefficient technologies because the status quo works hard to keep it that way.

Oh, and one last thing. Keep in mind that there are an awful lot of people who profit by wowing people with the hope of new and better technologies. There are Universities full of research professors looking to drum up funds to keep their projects moving forward. There are technology companies trying to sell their latest wares to businesses and consumers. There are science journalists that are trying to drum up attention and funding for their articles, magazines, and websites.

So there are an awful lot of people who profit from this hype machine. They're going to keep putting out the promises and expectations so people will keep shelling out money to finance their efforts. 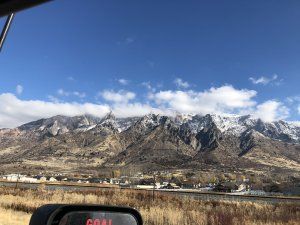 I'll be 44 here in a few months and my wife and I are finishing up CDL school and just about to enter the industry. Honestly, I have absolutely zero fear of being replaced by fully autonomous trucks anytime prior to when I would be done with trucking anyhow.

While I may not have any practical trucking experience yet, I do have plenty of experience driving on US roadways and in other industries which fear replacement by technology. I spent several years as a commercial diver (diver not driver) and the big fear in that industry was replacement by ROV's (remotely operated vehicles...which could be consider semi-autonomous, at best, rather than fully autonomous).

After having numerous opportunities to work with and around these ROV's their limitations become rapidly evident. The last system I had direct experience with was a top of the line system valued at around $20 million. The tasks performed by these ROV's were far more forgiving, far less hazardous to human safety, and still involved remote operation by a human pilot.

While the operators loved to talk big, the truth is they were nowhere near being able to replace a human being. Tasks, which would take a diver minutes, took the ROV hours. Now look at autonomous technology that's out there, such as what SpaceX is doing. While this technology is incredible, the variables faced by the artificial intelligence in that system are far more predictable than that faced by any human being driving a vehicle down a road surrounded by vehicles being driven by other human beings.

An explosion on a launch pad, that costs no human life, sets their launches back months and pushes their future plans out a year or more. They remain constantly aware that if such an event were to cost the lives of multiple astronauts their program will be set back a decade, and therefore they move cautiously towards manned flight. (Bare in mind those astronauts will voluntarily risk their lives knowing the risks.) The variables an AI (artificial intelligence) will need to contend with in order to manipulate a large commercial vehicle down city streets are innumerable! Far more than a vehicle operating in the vast expanses of the ocean or space.

Staying between the lines and following a lane is a no-brainer, but just a tiny piece of the challenge. Then you have to consider the court of public opinion. Right now the attitude is "Cool! Self-driving trucks! We can do it!". Sooner or later though, even if there systems are otherwise flawless and somehow capable of dealing with all the variables they will face on a daily basis, that AI is going to face a scenario beyond the physical abilities of the truck to avoid.

Imagine a van load of teenagers pokes out into the lane right in front of moving, fully loaded, and fully-autonomous, semi. To the right is the Dairy Queen they're pulling out of and to the left is oncoming traffic. It's beyond the physical ability of the vehicle to stop in time so the AI must decide, swerve to the right and take out the Dairy Queen and it's patrons, plow through the van load of teenagers or go head on into a stream of oncoming traffic. No outcome is a positive one.

Were it a human driver it would be yet another unfortunate accident but, if it were a fully-autonomous vehicle there would be a national headline about the unmanned vehicle that just killed four promising young high school students as their photo's flash across the tv. The makers would cry that it was "unavoidable" and provide all the camera footage, but a full and lengthy investigation would still ensue. The general public would very likely become nervous about the technology and face a moral crisis regarding the fact that a computer, and it's manufacturers, are the only ones to be held responsible for the deaths of these children. And just like that you'd have another decade, or more, of job security.

My take on all this auto crap is simple. Before they implement anything with more than 2 axles and trailer tracking and handlig, they gotta fix their four wheel issues first. Once they get that fixed and wide spread use, then they will work on the trucks and trains. More than likely itll be trains and ships first before trucks. But i doubt we will see trucks automated anytime before 2075.

I'm not worried about it in the least. I'll be long retired and the young whippersnappers here probably​ will be retired by then too.

I just don't see it happening on a large scale and even then, a driver will still be required.

Seriously, airplanes have been able to fly themselves since the Vietnam War. And fly themselves very well, I might add. Yet, pilots and flight crews are still very much in demand.

There are also several segments of trucking that will never be able to utilize automated trucks.

Those are just a few off the top of my head. Hanging meat is another one. It handles much differently than a load of beer.

Autonomous Trucks Truck Driver Safety Trucking Industry Concerns
Click on any of the buttons above to view topics with that tag, or you can view a list of all forum tags here.