Thanks, G-Town. I am still checking in and reading the forums frequently. I have greatly appreciated your wisdom over the past few months and I imagine I'll be benefiting from it for some time to come. I'm not out of the game completely! I have been of two minds since quitting Prime, and I have to say deciding on a path has been almost impossible. So I've opted to not decide for the time being. I ALMOST chose to go back to Prime yesterday, but ended up postponing the decision. My four-year-old saw me watching an IndianaJack Youtube video (love that guy!) and told me I absolutely COULD NOT go back to the truck stop! She said she would still love me but be really, really mad at me if I went. :-)

Of course, that's not the sole reason I opted to postpone the decision. I DO hate the thought of leaving my family again, but also love the thought of returning. Prime is a great company and I enjoyed the OTR lifestyle quite a lot. The moment I decide to return the negative aspects hit me and I decide not to. So for now I have put in applications at local, dedicated and regional outfits, even if I don't qualify, and am waiting to see if anything comes of it. With my level of experience...well, I'll be surprised if anything good pops up. But, you never know.

After the Christmas season perhaps the choice will be easier. For now, I'm not rushing into anything. Merry Christmas to all of you. :-) 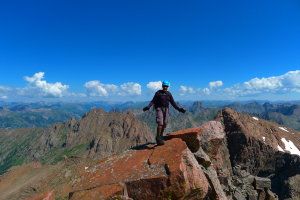 Paul, I really don't know what to say. Of all the crappy luck. I have not been able to get your story out of my head for the last 2 days, it's just crazy. Isn't it amazing the tests HE puts before us? I will say this though. After reading this site and going over the warnings about OTR with a family, I personally would never have attempted it. I know your pain. I traveled international for 11 yrs and had small ones at home. I don't care how you slice it, it does not work. That being said my wife and I now know that there is going to be a very tough year ahead for us, even without kids at home. My goal is to be regional with my terminal only 2 hrs away from my house I hope to sneak in some quick home time on the clock. I suppose I'm just reiterating what G-Town is saying. We need to really think this through before pulling the trigger and jumping into this career. Anyway I wish you all the best and Merry Christmas.

Jim, I somehow did not see this message! I appreciate you very much and I hope you had a Merry Christmas and a Happy New Year!

I know I did. I have been conflicted, to put it extremely mildly, over what to do recently. I am not a quitter and it weighs heavily that I began something I did not finish. It's against my nature and my moral code. So I have made plans to go back to Prime, and then the act of leaving my family, among many other negatives, weighs heavily and so I make plans to stay. I'm usually a decisive person. I have found it impossible to be decisive with this. I'm really just being open and transparent here, mainly because you guys have been a great audience and a great source of strength. I appreciate you.

When I first resigned from Prime I put in a number of longshot applications, applying for jobs I wanted but wasn't qualified for. On the 2nd of January I heard back from one, a major family-owned and run dairy farm about thirty miles away with a chain of stores within a three hundred mile radius. It is by far the largest operation of its kind in this neck of the world--an excellent company to work for with a great reputation.

I'm not qualified for most that they have to offer, but they have a job on the farm driving a 100,000 gallon tanker truck full of milk. It's not what I necessarily want, but it is a cushy job--14 hour days, 2 on and two off, home every night, paying a wage comparable to what I'd make OTR. After a year of that I would have experience to go about anywhere or I could upgrade to a regional route with them with something like a $10.00 per hour hike in pay.

The catch, and it's a huge one, was I'd have to shave my beard. I'd be taking milk samples into a lab, and health code rules and so on...

The last time I shaved my beard my four year old burst out laughing, my five year old looked extremely confused, and my eight year old started crying, ran out the door to hide on the swing and ended up falling off and breaking her arm.

My daughter and I wrote a book about it — “My Dad & His Super Powerful Magical Big Bad Beard.” This fictitious version of myself (mildly fictitious) took his daughter on adventures riding on his super powerful magical big bad beard, fighting dragons and sight seeing in exotic locations and battling evil robots and so on. Until, one day, he came out of the bathroom with the beard all over the floor! She ran out to the swing and was thinking of all they had done together when suddenly she slipped and flew off the swing. She thought he would save her…then realized his beard was gone. Down she fell and broke her arm with a snnappp! And yet, here came her dad, who snatched her up and rushed her to the hospital and saved the day.

Know a publisher who’d want to publish that?

Anyway, I'm doing it, shaving off the majestic beard I've worked so hard to perfect. It's worth it.

So what finalized my decision? My wife and I have finally found the will and determination to make this the year we take control of our lives, health-wise, and we've found something that works for us. It's possible on the road but complicated to the point where I don't think it'd work. The reality is if I don't get this right this time around I'm not sure I'll be around a whole long time. I'm that out of shape. So the choice became: Get healthy and live or go on the road and don't.

This'll undoubtedly be my last blog post here, but I'm blogging about my journey if anybody's interested. You can check it out here. Thanks guys for everything!

Good for you man. Go Get'em. I'm in my first week with SWIFT academy. Offset backing chose to humble me today. I'll get it. Folks weren't kidding when they say school is a rough ride. I got this though. Had quite a few folks ask me how I new allot of this stuff already. I of coarse sent them here.

Jim, good luck man, you can do it. I’m trying to remember what stumped me. Pretty sure it was offset too. It’s a rough one!

Packrat, that’s a good question! I’m not exaggerating, though. It isn’t street legal and is used just on the farm. It’s a massive farm, but the reality is it’s a pretty tame job and I wouldn’t be navigating anything too rough with it. Again, doesn’t hit those highs that true trucking does, definitely not a dream job for me, but is a good in between to gain experience for that dream job.

Packrat, that’s a good question! I’m not exaggerating, though. It isn’t street legal and is used just on the farm.

There is no way in hell the tanker has a 100,000 gallon capacity. Large capacity rail tank cars have a 30k gallon capacity and weigh 225 tons when loaded. Milk weighs over 8 pounds per gallon....

Maybe it's 100,000 pounds, not gallons? Or maybe it's one of the multi-trailer "land train" setups like are used in the Australian Outback?

Lol on the skin milk

Well, shoot, you guys have a point. I honestly probably misheard, May be 100,000 pounds. Could also be the guy in HR didn’t know what he was talking about. Either way, I saw the tanker and it’s massive. Not a land train, though. I’ll know for sure on Tuesday when I start. Regardless, it’ll be a joke job to most truckers, not much of a challenge at all, and certainly routine and boring as you get, but man it’s cushy all the way around! And home every day is nice.

Even so, I’m missing the adventure of the road pretty badly, but hey we make sacrifices in one way or another no matter what we do, right?