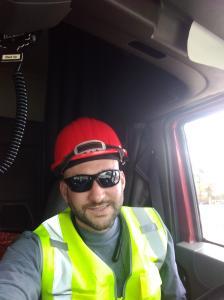 Interesting video about autonomous trucks. It explains how the technology is just not advanced enough to be safer than a human driver. It can only account for what is programmed. Many times out on the road (in my 4 wheeler) I see things I've never seen before. How do you program for that? Anyways I know this is a hot topic in the industry. Have fun.

I embedded that video for ya.

I share this article I've written anytime the subject of autonomous trucks comes up, Self Driving Trucks Are Not Coming Anytime Soon

I personally don't believe the hype. I believe most of the "news" regarding self-driving trucks isn't really news, it's marketing. It's mostly a bunch of research professors and tech startups trying to raise money by attracting investors who want to get in on the next big thing.

If our society was serious about building self-driving vehicles they would build dedicated roadways for it. Then you could have true autonomous vehicles running at high speeds from coast to coast. The politics involved with that would make it nearly impossible to do.

I think delivery drones are a far more feasible prospect which could make a gigantic impact in far less time than autonomous vehicles. The politics involved with that may also turn out to make this impossible.

It's a bit off-topic, but I do believe we have a big problem we're facing in this country. Most of the major decision makers in this country are 70 year old rich white guys who can barely use email and can't even see their phones. When they think of technology they think back to watching Star Trek or they make robot arms and say, "Danger, Danger" like the Lost In Space robot. They don't know the first thing about technology. They have no clue how to lead this country forward in that regard.

How would they know?

So I think the answers to technology questions are going to have to come from the private sector and it will have to be based upon technology that the government doesn't have to regulate or augment.

The biggest issue with Drones is you are quickly stepping on the FAA's toes. Although requirements for needing to file a flight plan are very relaxed, there is a decreasing amount of area you can go without crossing controlled airspace.

Autonomous Trucks Truckers Technology Videos
Click on any of the buttons above to view topics with that tag, or you can view a list of all forum tags here.