I'm A Podcast Producer, Telling Stories Of Bravery - Got One? 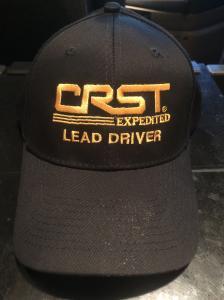 Just casting my vote for the bravery podcast.

I think we all have some amazing stories. From a "young kid" who jumped into trucking, made a good living then started a great web site to help other people get a good start in trucking. We have ex-felons who turned their lives around. Many people in their 50's and up, who needed a better income and made the move to trucking. We all went through a boot camp type training, with four weeks of school and time with a trainer. Some had some very bad experiences, yet are now very successful truckers. Look at the people here and pick one.

I used to be in the Army, and retired in 2014 after 3 combat tours of daily patrols and all the other crazy stuff we got to do, like play with explosives and fight drunks in the middle of the night (I was military police). But by far one of the most intense things I ever had to do was go over Lost Trail Pass on the Idaho/Montana border in the winter. The last town you get to see before the long climb up is Salmon, ID and if you don't chain up there, you don't really have much in the way of opportunities beyond there. So, on my way north headed toward Salmon I could see that there were dark storm clouds hiding almost all of the mountain and I just had to assume that there was some snowfall happening. It was pretty intense to be headed toward that, and the Montana DOT was getting fined $10k every day that they didn't have their road salt that I had just picked up in SLC. I was pulling a 60 ton set of bulk doubles , so as you can imagine, it doesn't move quickly and it can get squirrely if you let your attention lapse. I chained it in Salmon, and started pulling the mountain. The grade gradually increased and pretty soon I was driving on 7%, and then 8%, and at times 9% grades going up. Even with chains on the tires would occasionally spin out. Now, the first time I pulled that mountain with a load like that, I had no clue what that road is like, but suffice to say, the curves are TIGHT, and there was increasing snowfall with trucks coming at me downhill pretty fast and they were using the entire road to get it done. So, with no way out of it, I pulled it to the top and used the turnout to check chains and crap my pants. I put my triple rail sets on too, so now I had full chains on both drive axles. So, what goes up must go down too, right? Imagine my enthusiasm when I saw 10% grade on a sign. If you have never pulled a set of doubles, especially under that kind of a load, you cannot imagine how fast you can lose your air pressure to your brakes. The curves were 25 mph curves, so for me they were 15 mph maximum. I assumed that I could manage it in 5th gear and still maintain pressure. I was wrong. I controlled it for a ways, and then my air pressure alarm screamed and me so I had to sit near a curve and rev the engine to build more pressure while in the downhill lane since I had no way out. I got the air pressure built back up and decided to take it in 3rd gear with the engine break on (I know, it sounds insane, but hang in there). Remember, I was fully chained up and had to keep my speed minimal and the air built up going down that long winding mountain pass road in a snowstorm on a road I had never seen before. I took it as tenderly as I could while I had a combination heart attack/stroke/surreal experience. In the process of keeping the truck in my own lane and not dying in the river, I happened to see an unusual sight in my mirror: the side of my pup trailer facing me!!! The trailer was off-tracking by sliding sideways at the exact same speed that I was driving, and hanging in the oncoming lane. The way to correct that is that you gently pull the trailer brake handle on the steering column in small bursts to correct it back into alignment with the rest of the rig. This one was not obeying me, so I drove it down that mountain with the pup trailer sliding sideways and me experiencing conflicting emotions of fear, excitement, anxiety, and pride that I had not yet wrecked despite all the opportunities to do so. When the road finally leveled off I got the trailer back into line and promptly arrived at my destination where I could not have been happier to see Montana DOT officials. They seemed kind of surprised to see me that night, but no one questioned it since I had all that road salt that they needed. I was so exhausted from the experience that went straight to first roadside turnout and passed out in my bunk. The next morning, I called for the next load and wouldn't you know it, I had to do it all over again. The next trip over that pass with a load was in the same kind of weather, but I was a little more prepared for the experience. I destroyed the rest of my chains one that one. I honestly found it very exciting and I would in all likelihood do it all over again because you only get one ride in this life so make it worth it.