Rejection Due To Unemployment

My name is Jeff. I've been unemployed for the past 2 years. It all started in 2016 when I started showing severe signs of PTSD. I had been a Paramedic for the previous 13 years and had worked in EMS for 15 years total. I saw many things that most people don't see. During the time as a Paramedic, I was able to acquire knowledge and gain experience to a point where I became a Captain for our department. Anyways, when I started to show signs of severe PTSD I sought help but being the stubborn male that I am I waited too long. It was to the point that I was unable to work any longer. For the past 2 years, I have been getting counseling and working to overcome this issue. I am now at a point that I can work but I have been denied at 3 places so far due to lack of recent employment. I don't have a CDL and need to be trained. I've only had 1 speeding ticket at 17 years old. I'm a veteran of the U.S. Army with an Honorable discharge. Is there anything that I can do to increase my chances of being hired? Any advice would be appreciated.

Hi and thanks.for your service, both in the military and the paramedic job helping people. takes a sepcial person to do that.

My advice would.be to find a job locally, continue to be stable and a couple years down the line look into trucking. i dont say this to be mean, but training is very stressful and i hate seeing when people made such progress then would slide backward due to something too stressful. Another issue is that many trucking companies disqualify many mental health medications. So you can get around the lack or.work history, then go to orientation only to be sent home due to your psychotropic medications.

Get a job at home.where you have family and your doctors support team. Starting a new job is stressful and doing it at home where you have access to medical professionals will make the adjustment easier. Hopefully you can continue to be stable and eventually won't need the medications. Counseling on the road may not be as easy as you think depending on how often you need it and whether your therapist is willing to skype or facetime.

Then with a solid work history, apply to CDL sponsored programs. You will still need to submit your medical records if you have taken meds within the last 3 years.

Sorry I never did reply to you Rainy. Thank you for your advise. I found it very helpful but to be perfectly honest, I didn't heed your advise about waiting. I'm a stubborn guy and I don't like to be told that I can't do something. (not by your by the way, the trucking companies)I was able to find a school who found a company to sponsor me. I was able to do the training and passed on the first try at the DMV. I was so happy so that I could really start a new career. My wife is very supportive of me and the physician and therapist believe this is a move in the right direction.

I was concerned with the medicine that I have to take and was honest with the trucking company. I didn't want to risk messing it up by lying or forgetting something. Their only concern was whether I was cleared by my doctors and if my condition was under control. So I had to get the Doctors to fill out forms and write letters stating as such. It took about 3 weeks to get everything cleared. As for the DOT physical, I have a 1 year physical and will have to continue to do the 1 year at least as long as I'm on the medicine.

While I was going through the training, I was concerned initially about the stress but I meshed well with my classmates and it all worked out. Unfortunately, on our test day and after I had taken my skills portion, one of the students misjudged a turn and ran the trailer into the back of a flat bed at the DMV. Thankfully no one was hurt and believe it or not there was no damage to either trailer. The driver was so upset he passed out. Me being a Paramedic I was there to make sure he was ok. I sat with him and talked about a time I tore the wings down on an airplane after tying the aircraft down. It was an expensive mistake. So it made him feel better knowing that there were worse things that could happen and that he would get through this.

I'm hired by US Xpress and currently waiting on a trainer. I hope everyone is having a good weekend and Merry Christmas to all.

Thanks for updating us - we love hearing the success stories you guys share with us. 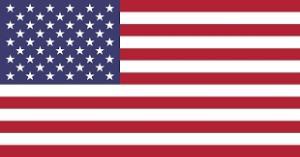 I'm glad to see your success story. A lot of times, posts like yours never get any follow up so we never know what happened, good or bad.

After all your service, I'm glad to see things are headed in the right direction for you.

Hey that's awesome news Jeff! Glad to hear things are going well for ya. I worked for US Xpress for 6 years at one point. They're an excellent company with a ton of opportunities. Just don't get with any of the Dollar Store accounts, at least not at first. They're gruelling, and a little too much for a new driver to handle right out of the gate. But definitely a great company.

I hope you'll come around more often, especially as you're going through the training portion and your first months solo. The learning curve is steep and we sure love to help people get through it.

Thanks for the encouragements. It's greatly appreciated. I enjoyed the class and of course the driving portion. Currently I'm waiting on a trainer. It's been a week tomorrow. Is it normal to wait a week or two? I will try to become an active member of the community but during the training period, I'm not sure how much time I'll have. I really enjoy reading about others experiences. 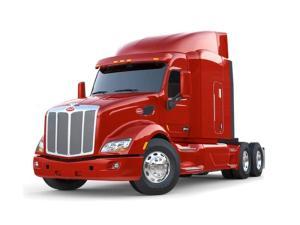 Great job Jeff, HOOAAH!! From one Vet to another, I appreciate your service in and out of the military. I believe all things happen for a reason and it is clear you were meant to be there to help that person through his time of need at the DMV. Your determination will take you a long way in this industry as. I pray you are safe out on these roads and that you fully recover from your PTSD.

Currently I'm waiting on a trainer. It's been a week tomorrow. Is it normal to wait a week or two?

Great job man! Way to push through and make it happen! I wouldn't worry about the wait, personally. Like OS said, holidays. Those Dispatchers want to get you in a truck as much as you do, I'd bet!