Hey guys, man it has been a long time! I just thought I'd take a second to check in, tell you how my trucking life has been over the past few months and hopefully get an update about yours. I finally went solo with Prime in April, and enjoyed the solo life until August. I found myself in quite a few pickles, as any new driver ultimately will, but every time I persevered and got past them. Once I sunk my steer tires in a gravel pit at a shipper and paid a bit over four hundred dollars to get a tow truck out. Another time I failed to properly secure a beer load. Not only did I restack the undamaged and throw away the old, as I felt obligated to do rather than hire a lumper, I paid through the nose for the destroyed beer. But through the adversity I learned lessons that made me a better driver, and I have to say I've been successful. In August my brother came on to team with me and we have been doing well together. I have sunk into a fairly acceptable groove, and quite honestly feel myself becoming institutionalized. While I miss my family and my home, somehow the closed-in, "safety" of the routine that comes with team driving--at least as I know it--is comfortable and comforting at times. Perhaps that makes sense, perhaps not, but it does to me.

My plan is to stay with Prime until February and then finally go home to a local job, earn less but enjoy my family. In the meantime I have been working on a book to keep my creative juices flowing while I'm on the road. I once was a publisher and find I miss it often, so I have been compiling the hundreds of dashcam photos I have of my travels into a book, "Dashcam Trucker: America Through the Eyes of a Trucker." For now, it's a hobby project. Perhaps in the future it'll be something more. I'll stick a couple of those photos in here anyway, just because.

Anyway, how is everybody around here? I hope all is well and everybody is headed home for the holidays. 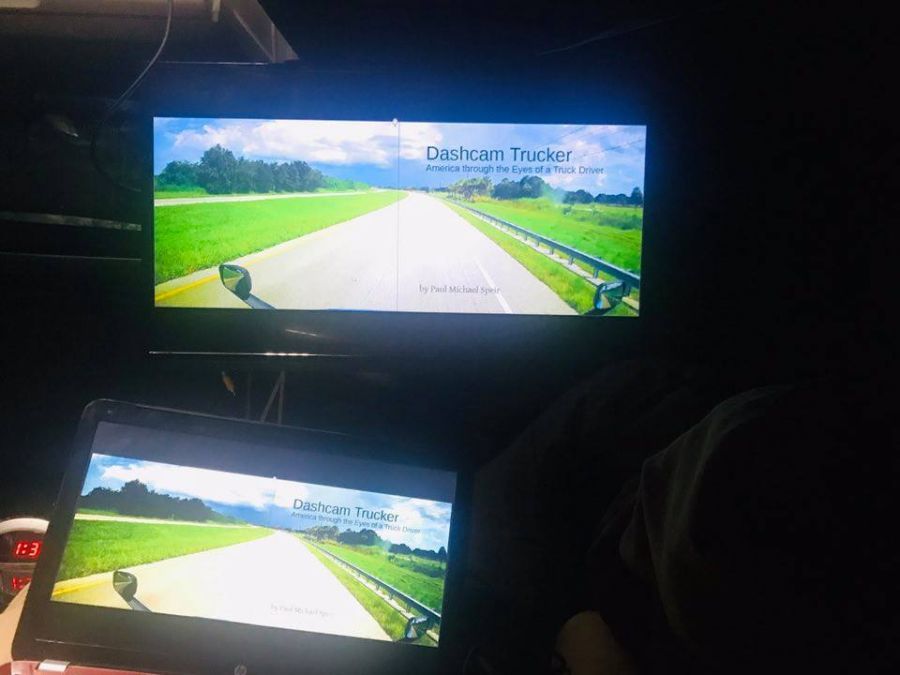 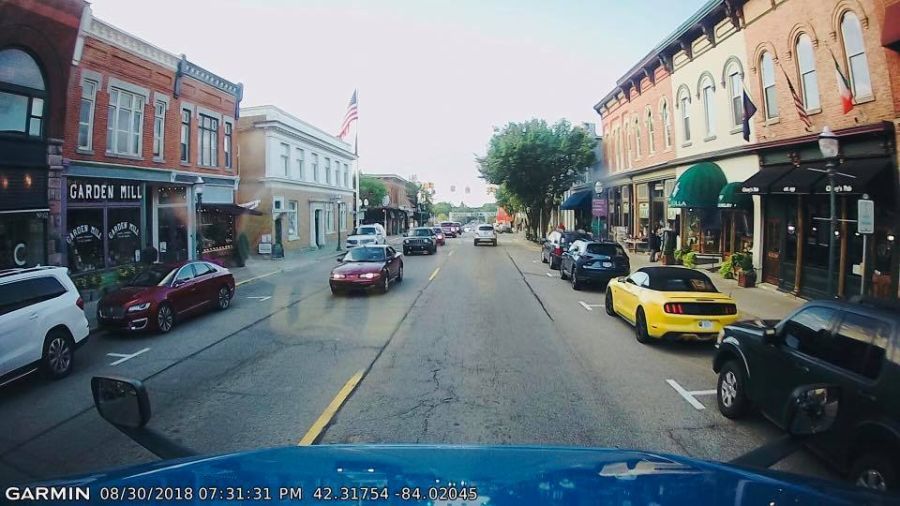 Hey, it's great to hear from you!

I was actually thinking about you the other day. Occasionally people who've come through here will cross my mind and I wonder what became of them. I'm really glad to hear you're doing well.

somehow the closed-in, "safety" of the routine that comes with team driving--at least as I know it--is comfortable and comforting at times. Perhaps that makes sense, perhaps not, but it does to me.

Otherwise, you are correct - it doesn't make sense to me. Team driving was always the most uncomfortable truck driving experience I ever had. Each to his own! None the less, I am really glad you are well, and appreciate you letting us know!

That comment didn't refer to leasing, more to the way we run our truck--we both work twelve hour shifts, and we never deviate from the schedule. I actually prefer solo, for many reasons, but a team driving schedule is so much less complicated. There is some small bit of comfort in having a nice routine in this line of work, though I suppose I do miss the challenge solo driving presented to me. Sometimes.

Truly great to hear from you Paul. Like an old friend checking-in during the holidays. Happy things are going well for you.

IMO Paul wrote an incredible diary, worth your time to read...an amazing journey, all the better once I saw his recent post...

Happy Holidays Paul. I hope you can stay “in-touch” on the forum. If ever dropping a load at 7030 in Pottsville, let me know ahead of time. “Coffee” is on me!

It sure is great hearing from you. We need more people like yourself around here to help people get through that first year of trucking.

I don't know what kind of linehaul opportunities they have around your hometown, but if you like a routine you'd love linehaul work. I call it the production line of trucking jobs.

I also like your dashcam book idea. I hope you'll let us have a look when you get it together.

G-Town, that’s one invitation I’ll not take lightly—Next time I’m up that way and the cards fall in the right direction I certainly will get in touch. I appreciate the kind words.

Brett, I’ll try to stick around. I tell you, solo was so much different than team training, and the freight was so strong—and I always work myself so hard—that it really kind of threw me for a loop for a while trying to keep up with it and get into a groove. Then I got started on the Dashcam project and it turned into a monster—up to a bit over 300 pages now with each image captioned with location and so on. It’s really looking incredible and I’ll certainly get you a copy when it’s done. But anyway, I dropped off the face of the earth in more places than one. But I do miss this place, certainly the most informative and friendliest trucker family on the net.

I actually prefer solo, for many reasons, but a team driving schedule is so much less complicated. There is some small bit of comfort in having a nice routine in this line of work, though I suppose I do miss the challenge solo driving presented to me.

Paul, conquering the challenges of this job and lifestyle are a big motivating factor for me. I don't think any less of you for your preferences, but for me that much routine would take all the joy out of this for me. It would make it feel like work. As it is, with me flipping my nights and days, and beating the odds that discourage so many people in this business, I gain the satisfaction of winning the race and achieving personal goals and objectives. I realize I may be a little odd in this pursuit, but those things are more rewarding to me than the money I make.

I have always been motivated by challenges, and so far this career has never stopped presenting new objectives and goals on a daily basis. That's what fascinates me and drives me to excel at it. My family benefits from my monetary accomplishments, but for me it's conquering the daily challenges and piecing together the puzzle that makes for success at this that ultimately provides my satisfaction. I guess I'm fascinated with the complications of it all.

My family benefits from my monetary accomplishments, but for me it's conquering the daily challenges and piecing together the puzzle that makes for success at this that ultimately provides my satisfaction. I guess I'm fascinated with the complications of it all.

Old School, I apologize for taking so long to reply. I think in anything we do in life, it is the challenge that make it worth doing. I certainly became complacent in the relative ease team driving afforded me, but in truth it was not very fulfilling. Through my time driving solo I found it extremely challenging, and yet it was that challenge that made it worth doing. So you and I are much the same on this. Complacency brings a form of comfort at times, which is what I originally was saying, but comfort is very often not what is good for us. Certainly does not bring a fulfilling life.

Well, there have been a few changes in my life recently, which is why it took so long to reply. Health concerns, among other concerns, prompted my brother and I to make a very reasonable and logical decision to turn the truck in two days before Christmas. We originally planned on coming off the road in February, but this was the right move. So now I am focusing on health and looking for a local or regional position. Opportunities abound, I am not concerned. The truth is, the last few months on the road the complacency took over and I began just letting the wind take me where it pleased--food-wise, mostly--and my health began to falter as a result. Taking the time off has helped me to refocus and adjust, and all is well.

In the meantime I have finished my "Dashcam Trucker" book! It has been an awful lot of fun to put together, but also an awful lot of work. There are about 300 photographs taken all throughout this country using my trusty Garmin dashcam, and while the quality of any dashcam is gritty and raw, I think that lends quite a lot of appeal to it. In all, I've worked on this book in truck stops from Ontario to Maine, and it became quite tedious toward the end. I'm glad it's done!

I hope all of you guys and gals are having a wonderful New Year and are staying safe out there!