Why Do Student Truckers Take Greyhound To School?

I know why trucking companies use Greyhound for transportation for new students. They are cheap and don't have want to invest anything above the minimum on a new student that will most likely get kicked out of class for some reason or another.

My question is why would you, the student, subject yourself to riding on a Greyhound bus that is likely to be filled with white trash, thugs, illegals and other dregs of society for hours on end? Why don't you fly or drive your own vehicle to class?

In my younger years, I traveled the country using the Grey Dog. I Loved it. Most of the people I met, were FAR from what you think. I was on Grey Dog for my classes, too. Most were ordinary people.

You need a reality check.

Maybe because these new hires do not think they entitled to the red carpet from the beginning. 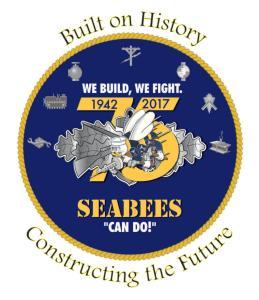 Wow , harsh judgment on the Hound . I've ridden with them quite a few times and had good experiences and most people on there were not dregs . I even consider driving for them from time to time .

Actually, after reading this again, this must be a Troll.

Why do you say that?

In my younger years, I traveled the country using the Grey Dog. I Loved it. Most of the people I met, were FAR from what you think. I was on Grey Dog for my classes, too. Most were ordinary people.

You need a reality check.

Why do you say I need a reality check? Reading the training diaries on this forum, there are numerous horror stories about riding Greyhound. This is just one example....

It all started with that dreaded Greyhound bus ride. Yes, we all went through it. Yes, everyone says it will be bad. But just how bad it would be didn't quite click for me until I actually went through it. I suppose I sort of thought maybe I would luck out and get a half decent experience. Didn't happen. Now unlike some of my classmates I only had to ride two busses and transfer once. The first bus was very misleading and set me up for mental failure on the second. The first bus was nearly empty. It smelled like air freshener, had a friendly driver, was comfortable, all power outlets worked and it had great wifi. It was an incredible ride and I couldn't figure out what everyone was complaining about.

Until I had to transfer in Joplin... that's when s**t got real. The transfer station in Joplin is a crappy little room off to the side of a gas station. Pulled into it at around 9:00 PM or something. It had a bunch of stinky people scattered around with smelly bags opened up, shoes off and sleeping in all corners of the room. It was raining outside so I was forced to sit in this room. I watched multiple drug deals occur, I watched a sex act price be negotiated and then both participants leave the room for approximately 15 minutes before coming back without washing up or anything. I heard conversations about which county jails had the best food... on and on it goes. It was awful.

Then the final bus to Springfield arrived. It was JAM PACKED. In fact, it was oversold by a few seats. I shuffled out and stood in the rain to ensure I got on it. As the seemingly angry driver got off he proclaimed backpacks would have to be held in laps and several ticketed passengers wouldn't get seats. Crap. When a few people got off I left my bag with the driver and bolted onto the bus. I was getting to Springfield. Period. The only seat that wasn't piled with luggage or sideways bodies was a seat at the very back by the bathroom. I took it. And for that roughly hour and 15 minutes I endured a smell that will never leave my mind. It was beyond any putrid foulness I have ever smelled. And it permeated the part of the bus I was on. There was no escaping it.

It was so bad I was afraid my clothes and bag would smell that way for days and weeks. And I was arriving in Springfield at like 00:30 on a Sunday morning. I had no idea what I was about to walk into. For all I knew I was going to have to wake up a stranger in a motel room, introduce myself stinking of raw sewage and climb into a bed in the dark so as to be polite to this new strange roommate.

Maybe because these new hires do not think they entitled to the red carpet from the beginning.

Not expecting a red carpet, just treated like a professional and not some scum.

Why do you say that?

Elitist attitude. Does not translate well into trucking. Enough said.

Becoming A Truck Driver Recruiter Issues Truck Driving Orientation
Click on any of the buttons above to view topics with that tag, or you can view a list of all forum tags here.