Hi , My name is Michael, I have a valid Class A CDL which was obtained a little over 10 yrs ago.. Problem is the trucking school I went through was kind of a rush rush deal for I got in through unemployment program. The training was brief but I got my license legit... Then I went with a truck company known as TRL in Pittston and drove with a trainer for roughly a month ... His only interest was going home and not driving too much , I did get some driving time in , but not enough to get the training I needed to become a better driver... Needless to say, about 3 weeks into training we was driving and then all of a sudden he started swearing and yelling ,I then realized there was an accident , no fault of his own, he was driving, but a biker cut a lady off and she wound up clipping out rear trailer and flipping over. All I could see was her car flipping 3 times, we immediatly pulled over , 2 other truckers saw what had happened , they kept on the biker till he was caught.. Troopers we're questioning me , and then a witness gave his side of the story ,then turned to me and said, I really hate you truckers , the trooper calmed him down, then asked if that's the life I want to live... Needless to say , I was traumtized after all that and went to terminal to resign... Now over ten yrs later would like to try again , but I keep seeing that vision.. Now I see the training is better now and trainers are more knowledgeable, I would like to try again , can anyone give me some pointers, and do I need to go through the whole process of taking CDL test, or would I go through a refresher course? Thank You in advance for any suggestions... Michael Ryan

So I assume that you have kept up your CDL and fed med card? Either way, you need to start with a company paid training program to get you up to speed and ESPECIALLY to help you regain your confidence. You've been out too long to step right back in. With your history, a longer training program might be the wiser choice. Start by calling the major companies and talking to their recruiters.

Yes, I'm gonna stick to it this time around, just gotta get the confidence back again! Thank you for the encouragement ! Safe travels to you!

Yes, I'm gonna stick to it this time around, just gotta get the confidence back again! Thank you for the encouragement ! Safe travels to you!

Hopefully in about six more weeks I’ll be on the road again. 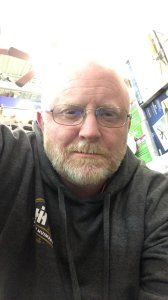 Yes! You will have to start over like you’re a student again and go through that process again. That’s what I’m running into as well. I haven’t drove since 2008 and I’m having to go out with a trainer again too with any company

Don't sweat going through re-training. Maybe other guys are different, but I thought training was a blast. I learned a lot, made friends and had fun. When I get back to driving, I will have to re-train, and I'm looking forward to it. The entire process is a great adventure!

I had one great advantage over my fellow classmates. I was reading everything on this web site and learned many things my classmates didn't know. Tried to tell them all about this great resource, but to my knowledge not one listened to my recommendation. Too bad, their loss.

It’s true. Four wheelers hate us. I see them all the time willing to kill themselves rather than be stuck behind me. They would literally rather die than be anywhere near me. If they are a quarter mile back and you put your signal on and start to move over chances are they made the jump to hyperspace and are now under your drivers door.