Petit Theft Charge Will I Still Get Hired?

...But Officer...this basketball just happened to bounce into the open window of my car as I was driving by...

70 dollars for a basketball? Must've been in NYC.

I forgot about the Nike’s that actually chased after the basketball that landed in the front seat of my car...

Twice, I’ve had law enforcement tell me there was a warrant for my arrest. Both times, it turned out it was my brother giving my name to the officer, when he got in trouble. Worse, both times it cost me money to fix it.

The second time, the deputy who got the warrant to serve had literally known me nearly my whole life. One look at the mug shot attached to the warrant and he knew who did it.

Instead of taking me to jail, he had me meet him at the magistrate, where, after the deputy’s statement, I was released without paying anything and the charges got dropped.

I wish I could say my brother grew up but he’s in a county jail now. DUI and a dozen other charges. Now at least the ID him from prints. 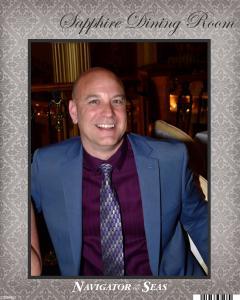 I am somewhat suspicious of your post, because your location is shown on a golf course and that golf course is not in Montgomery, Alabama. An infamous troll to this forum has been located on golf courses under his various screen names. Also, one would think that someone sincere about being in CDL school with a magically appearing petit theft charge, would not post to a forum under the name of "Admiral Blackbeard" with a photo from a cruise ship.

If your case is genuine, my apologies, but you might understand my suspicion.

Hello again folks I am in truck driving school in Florida and the place I am staying at actually has 4 golf courses surrounding it. The facts my cousin has said were reported an individual driving a vehicle with my tag number on it had a fishing rod valued at 70.00. I have not taken anything in my life my record - driving and otherwise is clean. Except for this now! My cousin and I both believe this is a mistake, it just will take time to clear up. My name is Tim I posted the picture because it is the only one I have where I do not look like a bum and I actually am wearing a shirt. I used Admiral Blackbeard because some friends gave me that name while out on his boat a few years back and it stuck, Thought it would be fun to use it here.

I was asking for legitimate advice because the school is doing everything they can to keep me in school rather than drop out and return later. I thought seeking some truckers advice would be helpful. To those of you that had some constructive feedback - thank you. I wish all of you well.

Quit school and go to court to resolve this.

Quit school and go to court to resolve this.

Pack rat u are always so direct! Lord love it!