Possibly Hardest Store Dock We Have

We were short 4 drivers for todays routes so I ended up volunteering to run one. It sent me to iowa city, davenport and muscatine iowa (352 mile round trip). I've been to IC and Dav stores numerous times but have never been to Muscatine. Due to it being an extra day I didnt bother looking at our website we have that shows all the routes and when dispatch called me I said I'd "take whatever". Afterwards I checked out google to see the store to have an idea of what I was up against as I've heard a few driver complain about this particular store. This is what I seen 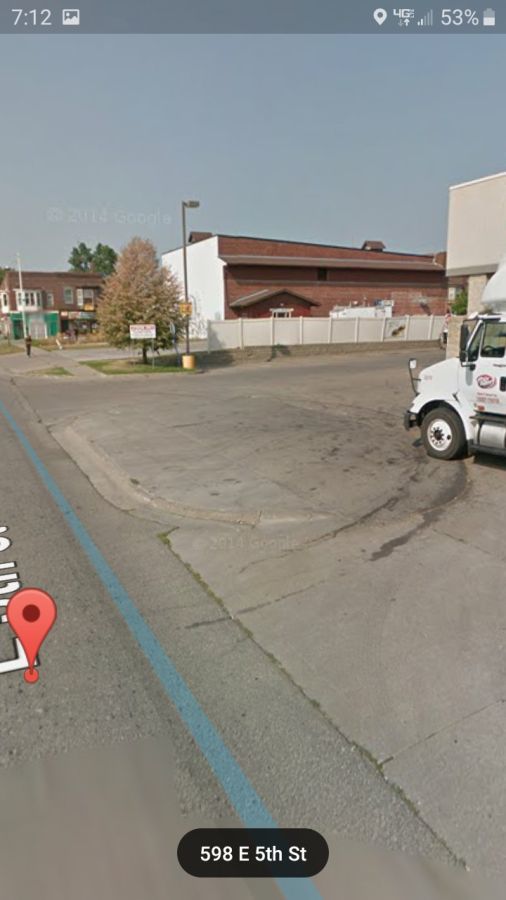 this is much smaller than most of our stores, about the size of a CVS or Walgreens. Originally I thought it dont look too bad but its tighter than it appears. I also realized that the Dr Pepper truck in the dock is likely pulling a 28' trailer. The sign ahead says something like "semis must hug yellow line. Failure to do so will result in equipment and building damage". what's missing in the picture is they have since put in yellow poles to protect the building from being hit. Of course I showed up about 6am when it was still dark and minimal lighting (which is why I used Google pics). It ended up taking 2 pullups and I G.O.A.L. 3 times just to be safe as I was afraid of ripping off my trailer doors on the yellow pole it was so tight. The store had stockers on the dock waiting for me, but who cares. Got it in safely without causing damage. It would have been much easier if they didnt have the curb there but it is what it is.

Harder than some of the ones you did at PFG?

Harder than some of the ones you did at PFG?

We didnt have too many docks at PFG that we had hit since we 2 wheeled 99% of our stops. The biggest challenge for the docks I did hit there was dealing with rush hour traffic while trying to back off the street downtown. I actually would have preferred a pup trailer at this stop instead of the 53' we pull

. I think back to 2 wheeling and dont miss it! Making about the same money for what feels like hardly any actual work.

I probably would have been all over that curb, Rob. Lol! It doesn't look too high from the picture.

There have been many times I wish I had a day cab when I see these tight spots. But when it comes down to it doesn't matter what you drive as long as you get it in the hole safely. Good job Rob