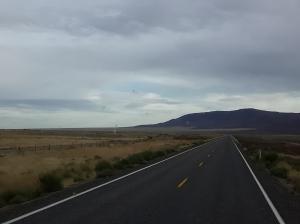 By the way training managers name Steve Larson. Don't call yet try and handle it yourself first.

I am a TNT trainer.. and yes it can definitely be stressful for both. As Rob T pointed out, it is possible that other trainers could be miserable at a higher % then this guy, so switching is not the answer.

There is a trainer on my fleet that my FM tells students "He is a miserable person, I know it and he knows it. But he is a great driver and can teach you a lot. if you can put up with that, you will be a great driver yourself, if not, let me know and i will find another, but not necessarily a better, trainer".

And... get this... they just recently had a "Trainer's Class" to become a trainer and my horrible training experience was given as the example of "the worst thing a trainer ever did at Prime". Which means that whatever your guy is doing, i suffered worse and understand and feel your frustration. Interestingly, out of the class of 25 people in training to become trainers, my former TNT was the only one without a "training horror story". It is almost a right of passage. That doesnt mean our trainers are bad... it means that people are not perfect and no one is ever going to rise to another's expectations. Trainers are human and make mistakes just like rookies, and a sort of cabin fever can develop when two people share such a small space.

A PSD recently requested a sit down with an FM to change Instructors due to personality conflict. She was upset that the switch was not permitted. The FM tried to explain that once a driver decides he or she doesn't like something about the other person, the entire focus becomes about the person instead of learning. He also explained dealing with personalities is part of the job.... customers, other drivers, dispatchers.

Now... when safety is involved that is different. If the person is abusive or violent, you can call your FM, night dispatch or even security 24 hours a day and tell them you fear for your personal safety and you will be removed from the truck. I KNOW they talked about this in orientation and in the CBTs.

If the trainer is an unsafe driver, that is an issue.

Hygiene is an issue, not allowing to get showers is a problem or having a disgusting truck.

Driving on the students logs is another big issue.

I had 2 TNTs and the one used to say "why are you grinding my gears??"

i replied "why are you a trainer if you don't expect a student to grind your gears?" She really wanted me to float and i liked double clutching. on occasion, when i floated not even trying to do.so as muscle memory started taking over she would say "my transmission thanks you for floating". So even clutching was a big deal.

The second trainer screamed at me so badly the first day, I tried to book a flight out of Chicago and fly home. A blizzard hit the Northeast and everything was cancelled. I called for a rental car and they wanted $500 to drop the car in MO at the terminal. I felt trapped.

His truck was so filthy i wiped down the steering wheel.and stick constantly. He had so.much crap we could hardly walk on the floor and his dog hadnt been bathed in 3 years.... grimey dog dirt and smell!!!! In 2 weeks we took 3 showers, the third being cause i parked the truck and demanded it or i was gonna spray him with Febreeze... "and his little dog too". All the while he bragged he was "the best trainer at prime". yeah right.

We did 12600 miles in 2 weeks and were headed back to prime when something REALLY serious happened. I got back and told Prime and i upgraded. no threats of lawsuits, just asked Prime for a few reasonable things which i got... including extra backing help cause even during 30k miles i really wasnt given the time to.back. I told Prime if i had him in PSD i would have quit the first day and bad mouthed prime to everyone I met.... but i knew this guy did not represent the great company prime is. Prime also informed me they had proof he edited my logs, unbeknownst to me, to allow us more on duty time. Guess who no longer has a job, but i do?

Looking back... i am really really happy i did not give up. I have a great job, great boss, and a fabulous debt free AND mostly stress free life now. I could have wound up at another company that wouldnt have been as good a fit or with an FM i didnt get along with, or just didnt enjoy as much.

Today is my anniversary and after years of being here, TNT is a distant memory as if it happened to someone else.

TNT is temporary. the rewards are priceless. Good luck in your decision.