Hello everyone I recently found this site and I love how helpful and informative everyone is so I signed up and will be doing the test prep on here as well.

Iâ€™m going to be going to cdl school here in the near future and Iâ€™m extremely excited, but aware that this is going to be a challenge like I havenâ€™t faced before. My main concern is I have little experience with city driving or high traffic areas because I grew up in a very rural area and never ventured out much. Nothing will change my mind on wanting this as a career and Iâ€™ll get through whatever comes my way, but Iâ€™d be lying if I said the idea of going through downtown or even coming up on a complex intersection doesnâ€™t get the nerves going. So Iâ€™m just curious if itâ€™s normal or should someone pursuing this career have more experience in those areas before doing it in a semi.

I've lived in the Chicago suburbs all my life but the first few times driving a truck in the traffic on the highways around Chicago was extremely nerve racking. I'm sure knowing the area helped a little bit but driving a truck through traffic is nothing like a car so I wouldn't worry too much about it.

Most of your time driving wont be in a city any way.

I learned to drive at a very early age and surprisingly I had learned it on my own by just observing my father. But till that date I had never driven a car on road. Though I knew the functions of different pedals and how to shift gears and all and everything else related to driving but I have never tried it before. I took my car keys, sat onto the driverâ€™s seat and ignited the engine. That was the first time I had ever ignited the engine of my car. My hands began to tremble and sweat droplets started to accumulate over my forehead. But since I do not have a give-up attitude, therefore I released the handbrake, pressed the clutch pedal, shifted the lever to 1st gear, clenched the steering wheel tightly with both of my hands and began releasing the clutch pedal slowly and within a fraction of second the car started to move. I swear, though I was anxious but that was the best feeling ever. As the car moved, I increased the speed and kept on changing the gears and I was very happy that I could do it all for the first time correctly without anyoneâ€™s assistance. Though I was having some difficulty to judge the left end of the car but still with every passing moment my level of confidence increased. 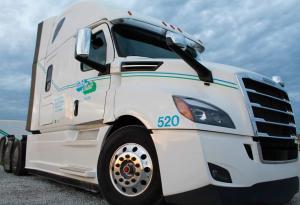 I've lived in the Chicago suburbs all my life but the first few times driving a truck in the traffic on the highways around Chicago was extremely nerve racking. I'm sure knowing the area helped a little bit but driving a truck through traffic is nothing like a car so I wouldn't worry too much about it.

Most of your time driving wont be in a city any way.

Hmm... did Chicago in and out one day... both in rush periods. Out a couple days later in rush period. Construction on all. Honestly, for me it was less stressful than I expected! Just assume and expect the worst, be prepared for any/everything.

I have plenty of this experience prior to CDL but it really was not as bad as I feared!

Handling traffic congestion in and around urban areas is different for everyone. I grew up in the North East, 'nuff said.

However like everything else in this business; experience is the absolute best teacher.