FINALLY Heading To My Own Truck!

Yall I am heading into my own truck Lord willing on Tuesday! Im excited and nervous like crazy cause I want to do well but just did not have a whole lot of time under flatbed. I took time off to see my parents and Grandparents and then Monday I am heading to Liberty University, where I will be in August to attend and get my bachelors in Aeronautical Science with a Military Cognate and I plan on doing it in the accelerated pace so I can get my bachelors around 28 years old and then jump into the Navy or Airforce. Im excited to see what is in store this year! God bless and I will do better in updating you all! I originally had a truck as a recovery truck, because the driver of it was told he could not drive the unit anymore and was terminated based on a false report done on him, after a police Blood and Alcohol test were done proving he had nothing in his system. So I had to recover the truck and take him to the Bethlehem terminal. He bought me food and drink and then we were on our way. We spoke about spiritual things, what had happened, what his next moves were, we even contacted the police over a couple and their kids walking by the highway, I got to the terminal with hardly anything on the 14 hour clock. I am getting $150 for recovering the unit! It was a good time. Well back to the truck, the truck had illegally bald tires, a trailer tire on it, the truck inside the cab looked like someone peed dust all over it, the tires were out of balance and the axles felt loose; the steering was loose, the Qualcomm was not functioning properly either. I can promise you, that if the unit was in better condition, I would have accepted it. What made my blood boil, was the fact that said driver reported this several times to the head of the Northeastern Regional dispatchers and he was written off as just complaining and lying cause he did not like the truck. So basically God put me there to reconfirm what the said driver had said all along, and help him back to his family. The truck had internal engine problems too cause it used excessive fuel. He gave me his charger, bar, edge protectors, charging cable and I took some straps to put into my new truck. And a device to roll up my straps quickly. I am probably keeping the strap roller, and charger even when I leave so when I go to another company I can use it to make life a little more easy.

This has been quite the journey. Happy to start a new part of it. Praise God!

Victor, I may have misread your post, but this new journey you are about to begin... are you going to quit in August to attend Liberty?

Yes and no. So I have been driving with Western Express since November 11 I believe and have trained up till this point. So by the time August comes I will have almost 11 months in. So that would give me almost a year with them. I had applied to Liberty University with the Bachelors in Science of Aeronautics with a Military Cognate before I even got out of School of Discipleship. I would have started earlier then I was told it would be wise to start a year later to save some money. But after speaking with recruiters, official fighter pilots, former Navy fire control and arms control seaman, also talking with friends in Make Them Tell You No FaceBook page and getting advice from those who are currently or was in the Navy or Airforce; I have beem overwhelming told that if I do not get a head start onto my bachelors and get it done within my twenties or early thirties I will have a real hard time getting into the fighter pilot programs. I am already at a real disadvantage because I was homeschooled full time and did not have the opportunities afforded to me as a private or public school student would have had. So I did not get a chance to enroll in the academy or into college early. Pluse I had thought that I was not able to because of depth perception and mental issues that I thought I had but ended up having a totally different thing that wont stop me from being a fighter pilot after all. Depth perception is good enough to get a FAA physical approval which is in my wallet ready to rock and roll. Already did a discovery flight and I was nervous but really liked it a lot. So with all that, I decided that it would be best to start my Liberty University program this year in the Fall so I can get a head start. I had already been accepted into the Spring semester this year and Fall of last year but moved it because I thought I would try and save some money to go to college with after some advice; however, and because, I have these factors mounting up against me because of natural and artificial causes, I have decided to advance my start date by 5 months to the Fall Semester 2020. Below is a degree completion plan. I am making an assertive attempt to better my life and also serve the country in a way that I have dreampt of doing since my young days. Like 11 years old. 😁👆.

I am considering driving, for the summers, but thats if I am doing well enough in my University studies. I know that the military would like to see me be in leadership rolls and groups so that they know I will be able to lead. If your a believer or a religious person I ask you to pray with me for wisdom, cause this is a humongous change in my life that I sensed and felt the Lord leading me to and still do. I will keep you up to date. Dont worry I have a great friend who will remind me if I dont but I will do my best to keep you updated. 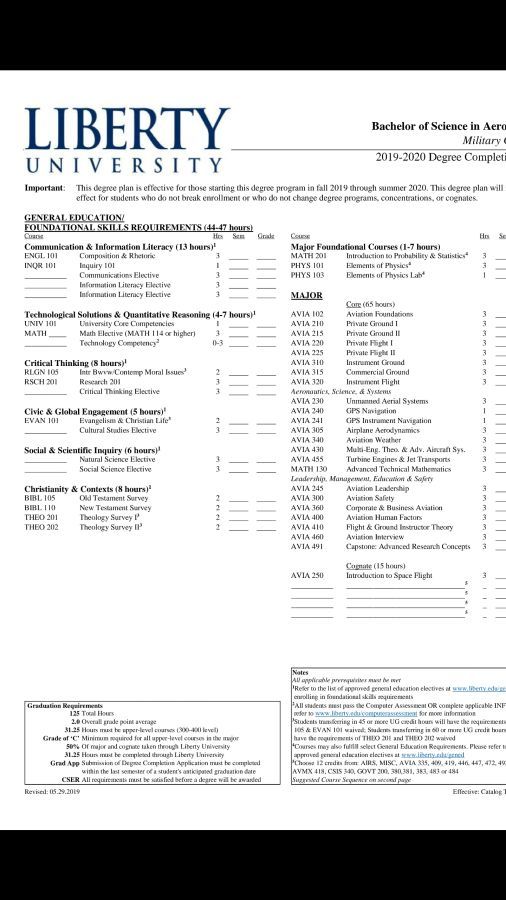 Victor, I may have misread your post, but this new journey you are about to begin... are you going to quit in August to attend Liberty?

I could have probably answered a few questions (off line) about the USN. I retired after in 2012 as an AMCS.

I could have probably answered a few questions (off line) about the USN. I retired after in 2012 as an AMCS.

I'm not on FB, but you can check out my profile page.

Packrat I went to your Truckingtruth.com profile but I did not find anything about your Navy experience. Were would I find your profile your speaking about?

Packrat I went to your Truckingtruth.com profile but I did not find anything about your Navy experience. Were would I find your profile your speaking about?

My number is on there.

Western Express Becoming A Truck Driver Changing Careers First Truck Driving Job Paying For Truck Driving School Truck Driving Lifestyle
Click on any of the buttons above to view topics with that tag, or you can view a list of all forum tags here.