It is pretty nice how a number of you guys are able to get internet to see these boards as well as the ability to take pictures AND comment. My husband can’t do all that. At least, not without getting in trouble. Oh! And the internet thing prevents it anyway. He is barely able to get signal for a call, let alone internet. I can’t wait for him to get to a place where he can stop so we can talk. Oh! By the way, Turtle Protege, thank you for the tip on California. I told my husband he will need 8 chains so he has contacted his company and let them know what he needs before he moves.

I told my husband he will need 8 chains so he has contacted his company and let them know what he needs before he moves.

Roadrunner, please hear me out when I say that's completely the wrong way to handle this. I know you don't understand why the company doesn't just tell him what he needs with each load, but those chains are your husband's responsibility. Telling them, "I'm not moving until you guys get me some chains" will be a complete disaster.

He needs to let them know he didn't realize he needs 8 chains on the truck. Then he needs to ask to be routed to a terminal so he can get the chains he needs to complete this load. Accept responsibility for the mistake, and ask for help in making it right. That's how a professional does this. Making demands and refusing to move is how the wannabes get canned and then go on the internet telling everybody how they gave the middle finger to "the man."

Please, you guys have really started off with some bad mojo. We get it. We hear all that negative stuff all the time. The difference is that we are long time drivers who have survived our rookie year and are now thriving out here. We are in it for the long haul. We want to help you guys get past this difficult start. 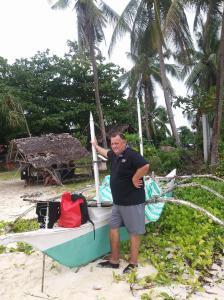 Aint 8 sets of chains a bit overkill?? Lol I have 6 , and only used them above Bishop on 395.. Both drive axles and 1 trailer chained that time. Lol next time, :) if its bad enough to chain up, it's time to park 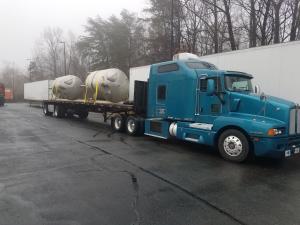 Good comment from Steve Reno. Being a rookie does your husband even know how to chain up? Did C.R. England teach him how in school?

Maybe his trainer was supposed to show him but you said he abandoned him?

Not a good idea to send a rookie to that part of the country even in the summer if he had not has OJT on mountain driving and chain installation in winter.

Guys, none of this had to do with chaining up. It was about the requirement of having the proper (required) amount of chains on the truck.

Guys, none of this had to do with chaining up. It was about the requirement of having the proper (required) amount of chains on the truck.

You're right. It is the drivers responsibility to insure he has adequate chains for the area he is going to but was this covered in school? New drivers do get excited and forget so maybe that's what happened.

You can have a whole trailer load of chains but they are useless unless you know how to put them on.

I worked for CR England for years, and they have an entire safety series of videos through the CRE toolbox app where, if your husband was paying attention during his CDL training classes, they go over it, verbatim, about chain laws through out the country. I am lucky now that I am on a dedicated account with another company, in the South East where I do not have to go through any states that have chain laws, but yet I still carry them...I have 8. It is your husband's responsibility, not CR England, nor any company, to provide the correct number of chains. It is HIS CDL, not the companies. HE is responsible...period. He is responsible for those tickets. The court is not going to accept the "I didnt know" defense.

So, Sid, he didn’t “blow past” a station. There was one sign he saw when he first got back on the highway and it didn’t say “where” or how far ahead the stop was. He kept looking and did not see the entrance for it. As he has been sitting there, he has seen 5 other truckers stopped. I think this must be a “trap” area. He took pictures, it is impossible to see where this station is from his side of the highway. He has taken this entire process seriously and has always been nothing but above board professional with every position he has ever held. PackRat, he had whatever the truck was issued with. This is not his truck. He was given training as to what was supposed to be done during pretrip/post trip, he was left with this truck when his driver-partner left him. That is the person that “checked out” the truck. And at NO TIME has anyone told him he was supposed to have 7 chains. If his company was sending him to an area where he was supposed to have more chains, they should have provided them. My husband says he can understand them feeling as though he should have paid more attention to where the weigh station was but it still remains, he still has been left on his own to figure out things that should have been gone over in training or even OTR training with a trainer. He would never have known that the Qualcomm doesn’t alert you to every station OR the chains policy if he hadn’t have been stopped. Yes, he will contact an attorney.

I realized that newbies reading this conversation are going to have questions about chain laws. In their interest I'm going to share what I know. You guys who run those Western States all the time feel free to correct anything I've missed.

Oregon requires four wheels chained on the tractor. These can be inside or outside wheels and you must use both drive axles. They also require the two outside wheels on either of your trailer axles. That's a total of six chains required on your truck in Oregon.

Wyoming requires four wheels of either drive axle on the tractor. The easiest way to do that is to chain your four outside wheels. No trailer wheels required. That's a total of four chains required on your truck in Wyoming.

California insists on chaining all four tires on your tractor's front axle, and the two outside tires on the rear drive axle. On the trailer, they want to see two outside wheels chained on either axle. That adds up to eight chains required on the truck in Commifornia.

Colorado wants four tractor tires chained using both drive axles. They also allow the cable type chains to be used on one of the axles. That's four chains required in Colorado.

Washington requires chains on all outside wheels of your tractor or four wheels on one drive axle. They also stipulate you put one chain on one wheel on the trailer. That's kind of weird, but hey it's less rolling around in the snow for the driver. That's five chains for Washington state.

Nevada wants to see chains on any two wheels of the tractor. They allow you to use either drive axle. They also want two wheels on the trailer chained. Again, you can use either axle. That totals four chains needed in Nevada.

I left out the dates that some of these states require you to have them on the truck. You can find all this information in your Rand McNally Motor Carriers Atlas. If I remember correctly California has no specific time period that you must prove you are carrying chains, but when they have the signs up stating you are required to chain up, then you will be fined for proceeding without being chained up.

I generally run the Eastern half of the country. We just slip and slide our way through during the winter months. During the winter if I chance to go out West, I'll throw my bags of chains on the truck.

I realized that newbies reading this conversation are going to have questions about chain laws.

True enough. However, noobs, rest easy. Yes, you may be required to carry a certain number of chains. But nothing in any state lawbook requires you to drive on a snowy road. The secret? As the driver you mostly have the right to decide it's not safe to drive into a snowstorm, so you stay at a truck stop until road conditions improve. (Do let your DM know you're pulling in, though.)

The primary person a driver communicates with at his/her company. A dispatcher can play many roles, depending on the company's structure. Dispatchers may assign freight, file requests for home time, relay messages between the driver and management, inform customer service of any delays, change appointment times, and report information to the load planners.
Delco Dave's Comment

Question... does the company provide chains for the truck? Can you go to the shop and sign out 8 chains for the winter and return them in the spring or is the driver required to buy their own?