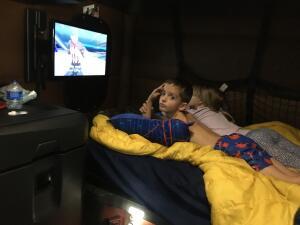 Leaving tomorrow on first solo load and quite worried about my backing,,9 weeks training and only 2 45 backs, guess I will hit a lot tomorrow and learn the damn thing on my own

John, none of us were any good at backing when we went solo. Take your time. Never let the pressure rush you. Almost everytime we hear about rookie drivers having backing accidents it's because they rushed it - they didn't G.O.A.L. - they let the pressure push them into a mistake. Look, it doesn't matter if it takes you 45 minutes to back in somewhere as long as you don't hit anything. That's the goal right now - don't hit anything. Later on you can polish your skills and get faster and more efficient. For now, just focus on not bumping into anything.

You'll get it. There's nothing wrong with learning something on your own. In fact with backing that's the only way you'll learn it. I don't know anyone who really learned it while with their trainer. There's just too many variables to each scenario. Hang in there and go real slow - don't rush yourself.

Just go slow, don't rush, or let others rush you.....Get Out And Look as much as you need to prefer driver side 45/90's over a blind side any day! Co drivers been at it 2-3 months more than me, and he can't back a lick! sometimes takes him 20 minutes or more, in a parking lot or dock.....Few times I just did it for him when he gets twisted up and can't fix it....Patience, n practice,practice,practice....You'll get it just not over night