Avocados have about three times the potassium in a banana.

Get some magnesium pills. I've taken two daily for years a d never had any muscle cramps. Prior to driving, I drove a chainsaw six days a week, commercial logging in Virginia.

I am impressed with your journey so far, when companies came into my school trying to recruit for a DG or DT account I stopped listening at hand unload. I can not handled heat at all so id be passed out in the trailer while the employee wonder why the boxs stopped coming.

Keep up the good work. 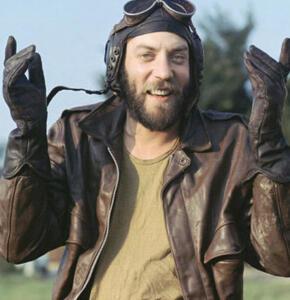 So I started out this week with a call from my transportation manager wanting to know if I would be willing to go and help the dg temp control division this week. I initially said no but in the way in I thought about it when I get to the dc I go and ask him if my pay package would stay the same and he said it would. I then thought how much more comfortable unloading a temp control trailer compared to the dry freight trailer would be. Maaaan. I have been missing out! I don’t know if I want to go back! Instead of 25 to 30 rolltainer offload / 25-30 empty pick up. It’s drop off 2-4 , pick up 2-4 empty . One thing I realize is that time management is much more important. Appointment windows are much much tighter. First load was 500 ish round trip with 8 stops! Tomorrow 400 ish with 11 stops!

The cons: 11 stops means 11 or more backs in one load/ when you are soaked to the bone after unloading refrigerated in the rain then have to go in the freezer to get product it can be a little chilly/ seems that you might have to wait on trailers getting loaded a bit longer than with dry. I did have a rolltainer of milk come off the liftgate today. It was pouring rain and when I pushed it on I immediately knew the stopper didn’t come up. I pulled back a bit to see if I could slow it down but once I felt the gravity shift I let her go. There was no stopping it. 🤷🏻‍♂️ Talk about crying over spilled milk, took me forever to get that cleaned up.when doing this account it’s not a matter of if that will happen to you, only when. Liftgates get slick as heck in the rain.

My overall impression is that I like it, kinda gonna be sad to go back to dry general freight.

So, load was supposed to be ready by 5 am this morning but didn’t get it till 9. Had to fuel the reefer and was overweight a few grand on my tandems. Nice drive to Florida but I was running very behind through no fault of my own .

Got to the first store and when I opened the doors I found the load had shifted towards the truck. It was secure for rearward motion and I had double checked that. But I could t see how they had placed the rolltainers further back. So 3 rolltainers of milk topppled like dominoes. (That is a heavy and bad thing) I didn’t have a long time to get it sorted out because we can’t have the door open that long. So I downstacked what I could reach. Rapped a ratchet strap around it, put the other end of the ratchet strap on the liftgate chain and used it as a come along. Was able to get 2 of the upright that way. The other I had to dump and restack. Store 2 , I should have used my first instinct to back in from the highway , but being tired and in a rush I pulled in the parking lot which was a mistake. (I found out later that this store is supposed to be a 6 am mandatory because it’s too hard to back if there are cars in the lot. I got it in, didn’t hit anything 30 minutes later. Sheesh 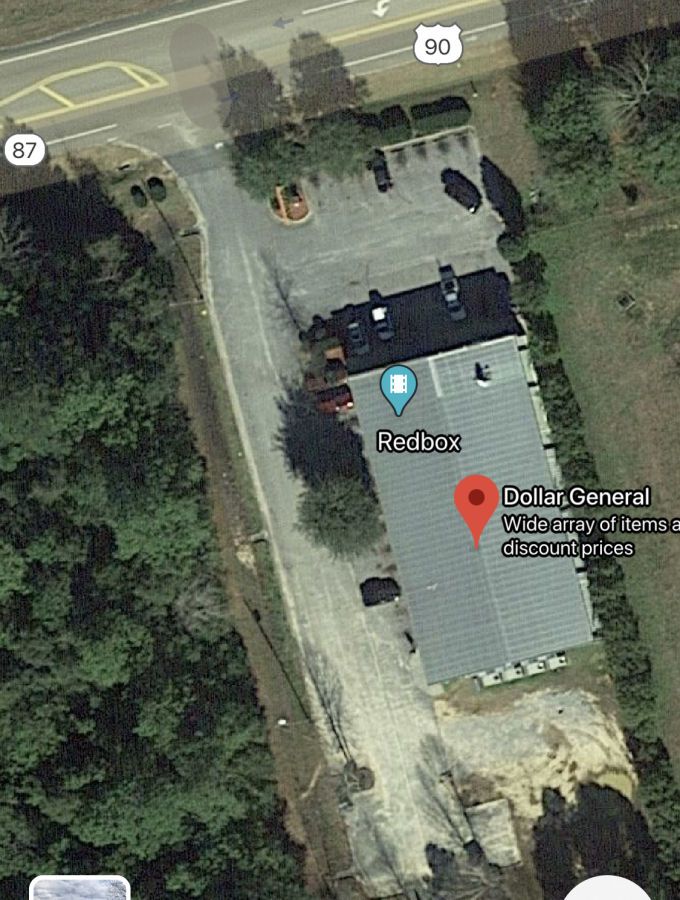 Next few stores went smooth then I called my 5th store and said I was in route. She was kind of rude and said since I was late she had sent her help home and wouldn’t take me till the morning. Though I still had an hour in my window and most people are understanding. Not this “lady”

Thinking quick I call stop 6 and explain and see if he will take me, he says yes. I then send a free form and call after hours dispatch to let them know that I can get a stop off if I skip 5 . He verified telephonically and Qualcomm. I think he was happy I called with a solution instead of just another problem. Had to move things around but I got their freight off. Now I’m parked in the alley behind the store that wouldn’t take me. Had an hour left in my 14, they will be here at 6. Luckily the mini mall that it’s in had a Chinese restaurant so I will take that as a win. It was a tough day for sure but I do feel a since off accomplishment that I got through it safely. This is how I felt earlier 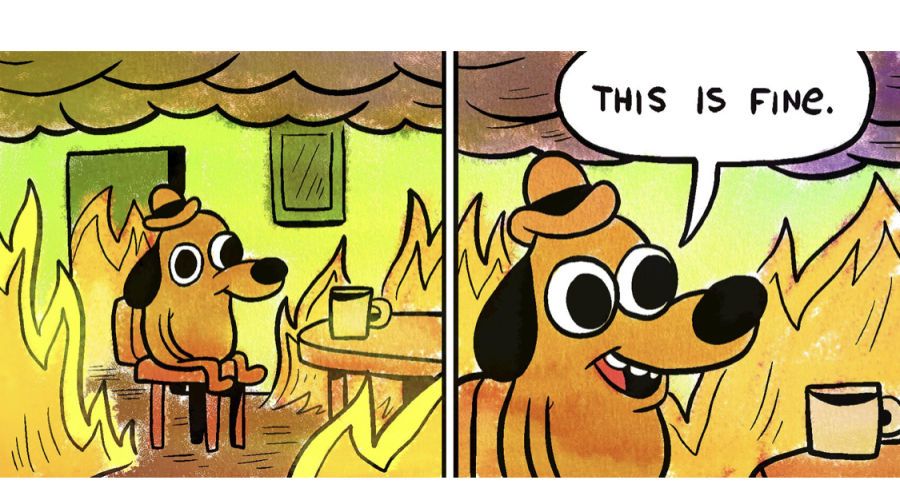 That's good problem solving and forward thinking! Your management team is going to take note of these positives, too. 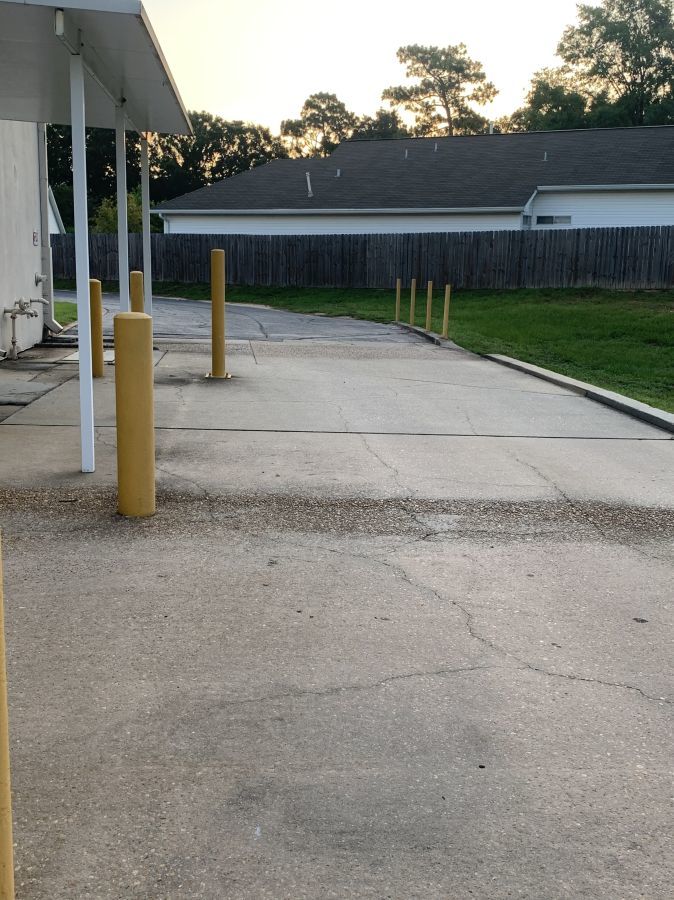 Some of these places treat their loading areas like they are defending the beaches at Normandy. 🤷🏻‍♂️🤣

Nice diary i am enjoying reading your adventures. 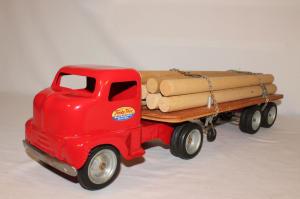 Thank you for documenting your experiences. I am considering taking on a route similar to this, and of all the research I have done, your accounts are by far the most detailed on what I can expect.

One thing that was unexpected. The sheer amount of laundry I do on the weekends. As you can imagine unloading in the summer on an Al,Ms,Tn,Ga,Fl regional account is sweaty sweaty work. I will go through 2-3 shirts and sometimes shorts a day. Also towels. I have cloth seats and don’t want them absorbing sweat. So I put towels down to keep my truck livable. Fr breeze is my best friend. Anyone else do manual unload have this issue?

I have worked up a sweat in the SW states walking to and from the shipping office getting the BOL paperwork.

Has not been too bad this year adjusting the tandems , or opening and closing the trailer doors.

That's "manual" enough for me.

Werner Enterprises Advice For New Truck Drivers Dedicated Jobs First Truck Driving Job Hard Lessons Learned Photos Tips For Backing Truck Driving Stories
Click on any of the buttons above to view topics with that tag, or you can view a list of all forum tags here.