Reminder Why You Don't Park On The Shoulder

Here's a story from local news station WHO TVregarding an accident that occurred early this morning.

A crash involving two semis caused traffic headaches on I-80 in between the Adair and Casey exits early Thursday morning.

The Iowa State Patrol says a westbound semi lost a tire at mile marker 80, just shy of the I-80 rest stop, then crashed into a semi that was parked at the rest stop. Both vehicles caught fire.

The whole interstate ended up having to be shut down because the water used to fight the fire froze, icing over the lanes of travel.

As of 8:30 a.m. only the right lane of westbound I-80 remained blocked off while crews work to remove the burned semis.

The ISP says only minor injuries were reported in the crash. 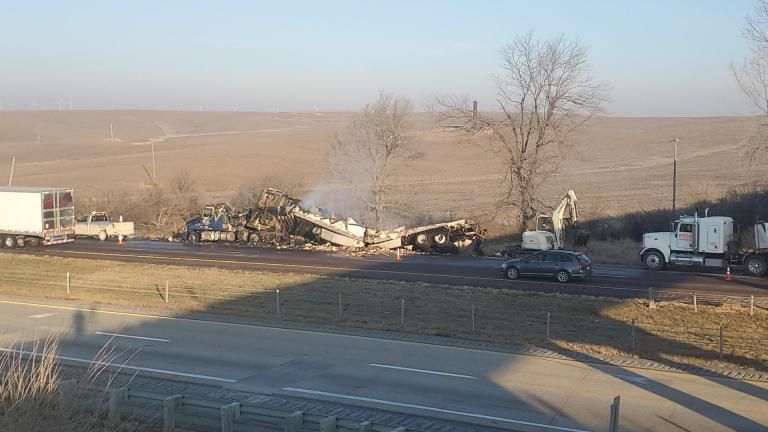 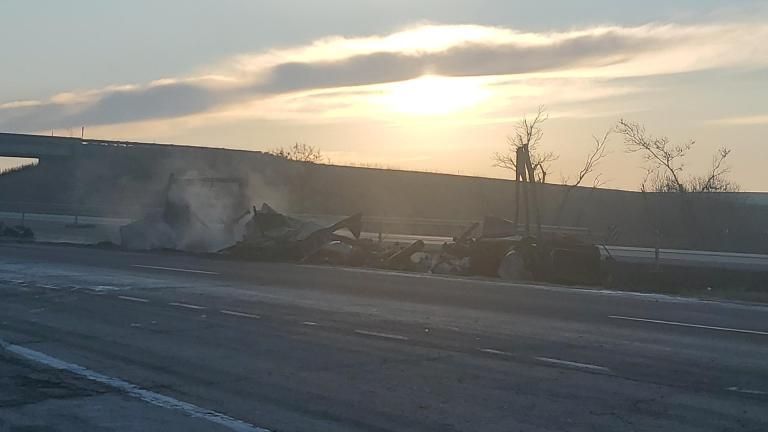 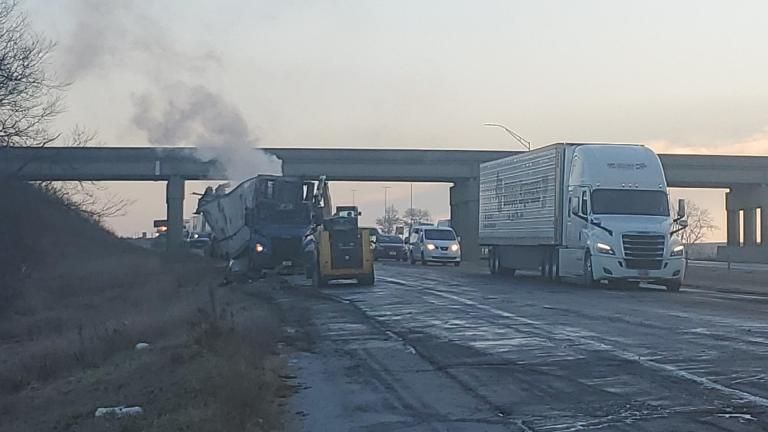 There's no denying that the shortage of truck parking is real. Hopefully this helps remind others why parking on the shoulder or ramps is a bad idea. Specifically in Iowa the highway patrol and DOT have started issuing tickets to drivers parked on the ramps which according to my employer negatively impacts their CSA score. Also, many companies will fire a driver for parking in such a manner. This particular rest stop (like most in the country I'm sure) it's not uncommon for a line of trucks to be on the shoulder a half mile or more due to being full. Imagine being in a deep sleep and being woken up that way.

Few weeks ago 1 of our trucks did that,parked on side of the road for ???Well They got rear ended by a 4 wheeler, luckily no one was injured we were told.

Earlier this year, my mentor, who's been with the company 5.5 years, was stopped in traffic. On I-40 in New Mexico, with flashers on, the road was shut down due to wreck ahead. Other cars and trucks were on the overpass filling it up, trying to get turned around (in pics)

Well, he sent me 2 pics, it wasn't good. A 54 year old guy, from Ark.. in his car, slammed into their trailer. The DOT bumper, was bent @ 90 degrees, huge hole in lower right corner of trailers right door, exposing the boxes of the load. Drivers half the car was buried under the trailer up to his back seat. Needless to say the guy died in that crash. No brakes even used Took rescuers 2 hours to extract the guys body. My friend, ran back on the impact, to see if he could help, when he saw the air bags smoke come from the car.

After the investigation, they found the guys cell phone in his lap, no holder in the car for it. And witnesses said the guy was doing close to 70 mph, he didn't even know what he hit, it was so fast. No skid marks etc, the whole incident shook my friend for days. They were stuck there in hotel 3 days, and he said him and his co driver were separated and "interrogated" more or less. Of course not found at fault, since they were stuck there with everyone else, until they could re-open the I-40

Know I wont forget the story or the pics I seen either, hopefully never see such a thing EVER

Yeah this is something that is very frustrating to me. I understand there are more trucks than parking spots, but it's definitely a bad idea. I dont think I could sleep like that. I'd be a nervous wreck. Another thing I hate is when trucks park on the shoulder IN the rest area adjacent to the parking spots, so when trucks leave a spot, other trucks can't get in that spot because some idiot is parked behind the spot longways.

I drove by that accident where the two trucks were on fire this morning at 0520. Luckily, I was headed eastbound, towards a delivery in Illinois.

When I was passing, both rigs were fully engulfed, at least three fire trucks, lots of firefighters, and nobody attempting to extinguish the fire...? The stopped backup was at least three miles long, so there were a bunch of late deliveries this morning.

I pray everyone involved is going to be okay.