Wishing you all a MERRY CHRISTMAS!!

To each and every member of TT I wish you all a very Merry Christmas and a Happy New Year. May you all enjoy the holidays with loved ones if possible, be safe as can be and look forward to next year and defeating this Covid threat. Also let's not forget our military. They give it their all and sometimes they suffer the most. Happy holidays to all and to all a good night. 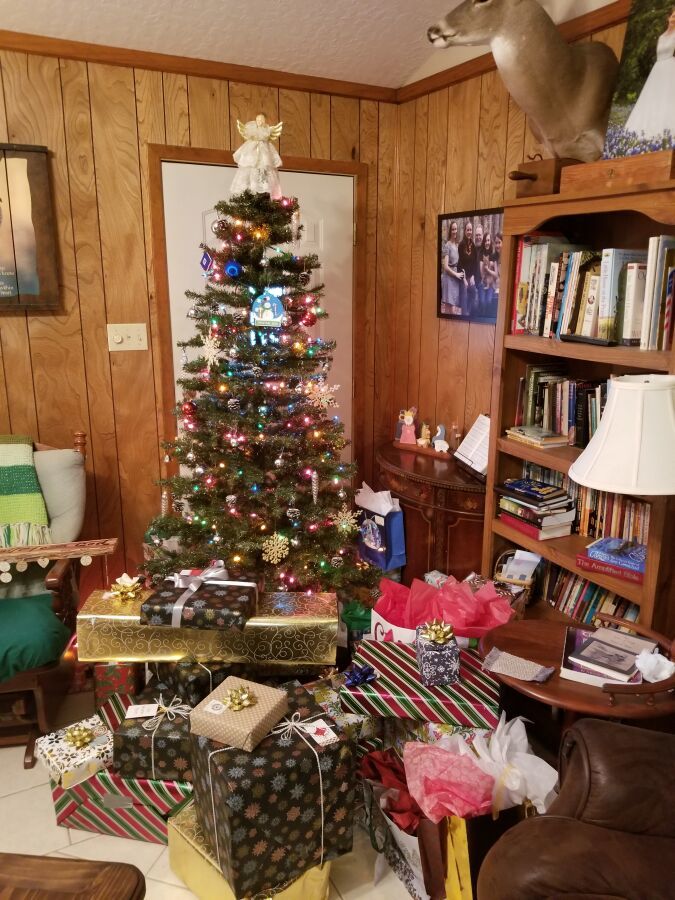 That is the WARMEST, FUZZIEST, MOST TRADITIONAL Christmas set up I've seen this year. Tops ALL of mine & my families. Thank you for sharing, Old School . . . and opening your home to us. I LOVE it~! The family photo behind the tree ..... awesome! 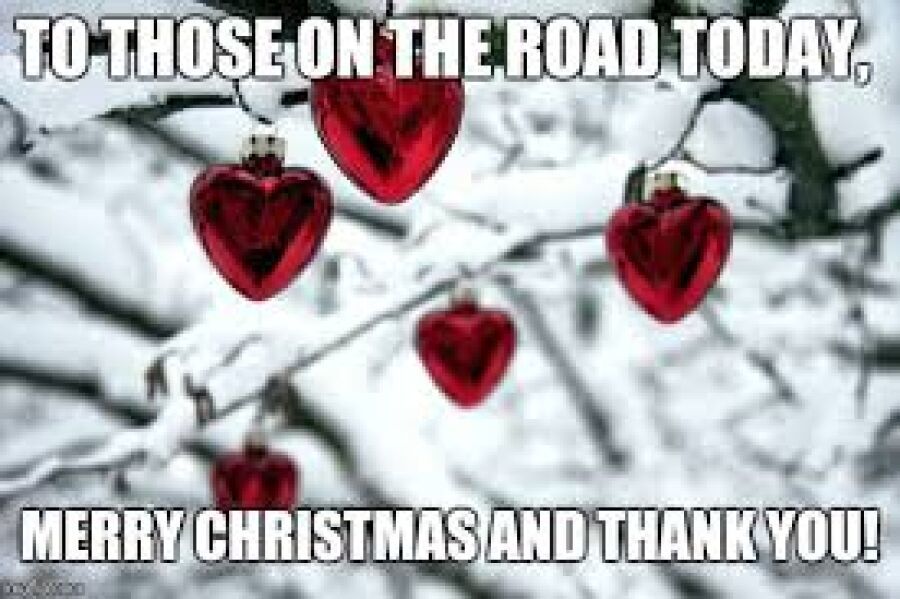 Merry Christmas indeed, everyone, for whatever it means to you! So many myths and realities on this day. I guess if I were still that kid who believed in Santa Claus (which was SO exciting on that special day for a while!), I'd figure he'd have to be at least a Superman-scale superhero to do what he does, and since NORAD and the Space Force tracking his progress have reported that he was already home again this morn after delivering those billions of gifts… To pull it off efficiently, that "Peterbilt" image that Anne posted would have to have been pulling roughly the right number of trailers to contain ‘em all (I wonder how many hundreds that would be, more like a freight train for sure) ... And since he clearly can and must somehow defy physics in order to make so many deliveries in one night, he's gotta be magical enough to not need Dr. Fauci (just turned 80 btw!) who answered the obvious Santa question by saying that he personally flew to the North Pole and vaccinated Mr. Claus himself...And he certainly shouldn't need a mask!..

OLD SCHOOL's pic is as homey-cozy a Christmas scene as I've ever seen...I presume it's his wife and kids and himself on the wall there...I hope he's settling into his super-extended home time nicely by now, mostly healed and that it lasts however long he wants it to...whether or not he’ll still want or need to actually get back on that long road... Though no doubt he's doing the trucking world and thus the world as a whole more good in his current role as a sort of retired professor emeritus who now has even more time to teach for free over the internet in this new age of expanded virtual learning! I hope he, and everyone with home time off for the holidays, is treasuring it, and as for all those driving through these strange days, to keep this amazing nation provided for, that they are well compensated and that they benefit from knowing they're much appreciated by many, for doing what they're doing… Thanx to all and may all have a good day and night...and week...and New Year!