How Does Your Spouse Handle It? 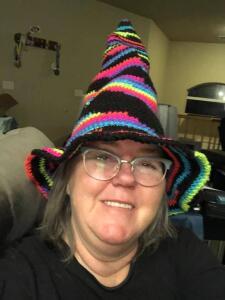 When I first suggested this, my husband was very hesitant. Not because I'd be away from home for long periods of time, but because he fears for me. Then as I researched and told him what I was finding out, he was all for it. He knows I'd love it (or at least think I will). He even got so excited about it at one point that he was considering going to school too, renting out our house, driving as a team...He didn't put any thought into it really lol He hates to drive, he doesn't like to camp, he hates road trips, God forbid if he misses a shower...lol He'd be miserable. I'd have to kill him. I'd take out lots of life insurance first though! I talked him down (he can't help it when it comes to money...it's genetic with him lol)

Today he happened to wake up when I was listening to a YouTube video that mentioned how dangerous some of the receivers can be, in places like Oakland or East LA, etc. That freaked him out, but I talked him off that ledge. He can't help himself, he's born and bred middle class, has only lived in San Diego and Vegas...rural areas probably terrify him as much as the inner city. He's a worrier. So, besides being careful what I listen to around him, do y'all have any suggestions to help me ease his mind? He did say his biggest fear wasn't that someone would hurt me, but that someone would TRY and I'd end up in prison...so there's that lol

Well I dont have a spouse but to be honest, I've been driving 2 years, I've been to each of the 5 boroughs in NY some multiple times. I've parked at a few abandoned truck stops in large cities, parked on the roadside in several huge cities in NJ industrial areas. Been through several big cities in the rioting era. Even some sketchy place in the country where I swear I heard banjos dueling. In all this time I've never one been accosted, confronted, threatened, had my truck broken into or felt scared either on the road, at the customers property or where I've parked. Hell, I've only had one lot lizzard knock on my door in 2 years. I have had a dog with me for a year which I walk quite often, even in the sketchy areas. I carry a pocket knife and stay aware of what's happening around me but we should all do that anyways just in case. It's pretty safe out here in my opinion. Other than your spouse understanding this theres not much you can do to alleviate his fears but my opinion, he needn't worry as it's pretty safe out here. 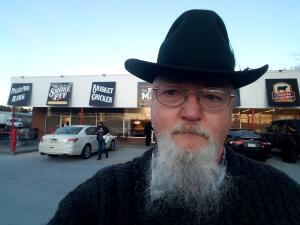 Vicki, my wife of 30 yrs deals with this the way she did with my previous career. She knows that i do my best to maintain situational awareness, that i will make the best decision with options available, and I keep a 2# ball peen on the right side of my seat, and a similar in the sleeper (my outfit prohibits firearms, even with my federal LEOSA status).

Demonstrate a routine of vigilance to him in the day to day, without mentioning it as such, while you're moving in the direction of the next steps.

It is also good advice for ALL of us in here. If you look like you're prepared, that may be enuf to send Turdley looking elsewhere.

and I keep a 2# ball peen on the right side of my seat, and a similar in the sleeper

Thrusting into the eyebox with head crosswise to repel armed boarders. Dont go for the rotational swing, not enough space, and hard to recover from. Multiple punching jabs into the eye region will change their channel and give you the opportunity to create distance for a retrograde advance ( Or, retreat) to safely do as the company wants and give them the truck....