So I'm pretty sure I can get into Prime. No felonies or misdemeanor for the past 10 years. Clean Driving record. Good health. I've been with the same job as courier for 11+ years, not one accident or tickets. My question is should I just go with them or pay $4400 for one of best CDL schools in California. It's literally down the street from my house. I know most people say don't sign a contract but I plan on staying with Prime for at least a year anyways. I'm really interested in their Tanker Division. Plus I don't think Prime takes money from your checks, unlike other companies. I think it's all paid for as long as you work for a year. What do you guys think??

I know most people say don't sign a contract but I plan on staying with Prime for at least a year anyways.

Welcome to our forum Crispin!

I don't know where all you've been looking around on the web for information, but your above statement couldn't be more wrong when it comes to us. We highly recommend prople attending the Paid CDL Training Programs. In fact we have a great article on why we believe these paid training programs are the way to go. Take a look at it if you please. Prime is a great outfit and we have some of their top drivers right here in our forum.

Why I Prefer Paid CDL Training

One more thing Crispin... you would probably enjoy our "Diaries" section of the forum. It is where new drivers chronicle their experiences at company sponsored training programs and private schools. You will find some good diaries in there from folks who have gone through Prime's training program. Here it is...

So I'm pretty sure I can get into Prime. No felonies or misdemeanor for the past 10 years. Clean Driving record. Good health. I've been with the same job as courier for 11+ years, not one accident or tickets. My question is should I just go with them or pay $4400 for one of best CDL schools in California. It's literally down the street from my house. I know most people say don't sign a contract but I plan on staying with Prime for at least a year anyways. I'm really interested in their Tanker Division. Plus I don't think Prime takes money from your checks, unlike other companies. I think it's all paid for as long as you work for a year. What do you guys think??

One thing you might want to do is reach out to a recruiter at Prime to find out if there are any issues with the school. I took a year long sabbatical after I left my last job before deciding to do this and went to a CDL school near me. Figured I didn’t want to sign a contract with a company that had training (commitment issues), and also didn’t want an auto restriction in the event I would leave. The school had a 180 hour career course that apparently a lot of companies either require or prefer. I talked to a guy that was sitting outside the building, and found that the hours were helping you study for your permit, your endorsements, some safety classes, then some road time. The issue i saw with this was there were 5 people in each class that was 2-4 hours long. So 4 people would wait while 1 person drove around for a little bit with a trainer. I found that the school offered 1 on 1 training where you just pay for hours. I went to the DMV , got my permit, and all the endorsements, then paid for 30 hours of driving with an instructor, they schedule my test, passed, got my CDL.

When I was looking for companies I was interested in TMC, but got denied due their requirements of no spinal injuries. My C4-C7 fusion is apparently and issue, for them. When i reached out to Prime, the recruiter told me “you will have to go through our training since you don’t have the 180 hours.” I told her “I have a CDL from NYS, that trumps 180 hours.” She was hesitant, but said I can come to orientation. In orientation they they called me out and said “come with us.” The cadre made me drive their video game to show them that I “know how to drive.” The thing is, they didn’t tell me that I was being tested right then and there. Since I passed the video game, they sent me right out as a “C seat” with a TNT trainer. One of the cadres told me if i so much as crashed in this video game that gives you vertigo, Prime would of made me go through their PSD , and sign a contract. SO if you do come with your CDL, get the specifics once you get to orientation.

Also, you may have a little issue with living in California and going tanker. We do have a couple receivers out there, but no many loads going there. Food grade we are east of the Mississippi, and Inedible is Midwest and some east coast. Again, a recruiter can give you more details.

One thing to be aware of....if you come with a CDL , you get paid LESS and do MORE miles in training.

And tuition reimbursement is. $1500 only.

And no you get no deduction in your pay. Just stay the year

9 months if you are a veteran 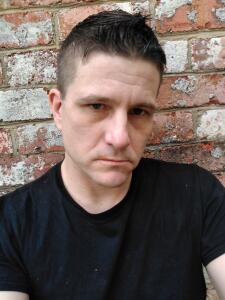 @Crispin G. The best school in California is only charging $4400? That's insane! It cost's over $5000 at the community college in Virginia.!

Prime Inc. seems like the better option for me. I am very impressed by their really nice terminal , gym etc. I mostly like the fact that they take safety very seriously! They seem to make everyone do mandatory safety simulators. But yeah, do your research on a company before deciding to work there...

@Truckin Along With Kearsey

Why would anyone pay someone with a license less? That's dumb!