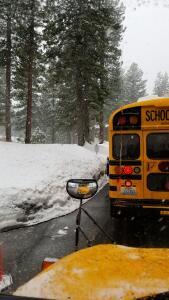 I was scheduled to have an in-person interview, but before I got off the phone with the manager I asked if there were any alternatives since I'll be on the road and won't be back home until next month. He suggested that we could do a phone interview with the operations manager, one of the linehaul supervisors and himself. This was last week last time we spoke. Fast forward to today, just got off the phone interview and it went well. I mean, as well as I had hoped. They told about the pay and benefits, hours and schedule I can look forward to while on the extra board, and everything. Answered all the questions I had. I told them about my auto restriction and they said it won't be too much of an issue, if I have to spend some extra time with a trainer then so be it. I told them I was ready and willing to take some time, enroll at a local CDL school for a refresher course to ease my way into removing that restriction. Long story short, they said they were going to send me an offer letter after the call (been checking my email since, haven't gotten anything...will call tomorrow) Sooner I can fill out the paperwork, the sooner we can get the ball rolling. And that in-person interview scheduled next month? Might just be the road test and drug test. Then the background check which they say may take at least a few weeks. I'm hoping it turns out well. A little bit anxious too. Sorry for the long read but I appreciate your time. Have a good one!

Will keep you guys posted 👍

Just got the offer letter in the email this morning. Looked at it and answered all the questions that came with it. Now waitinh on the background check portion to get here. Hoping all is well.

That's nice to read. Fingers crossed for you.

Thanks guys. I appreciate it. At the point in my life where I'm looking for a job I can retire from.

I can retire in a short 34 years and hope to he able to do so at ODFL.

Update: Got all the background check paperwork this morning. Filled them all out and sent them all back and with HireRight. Only thing I wasn't able to do so far is the drug screening, which I have an appointment for next week and the road test. (Still have to confirm the time and date) Fingers crossed guys!

Wait a minute Bobcat. 34 years before you retire? Now if I'm doing the math correctly, that would make you at the same age if not younger than me. Wow. No offense thought you were older. And I mean that in the best way possible!

Wait a minute Bobcat. 34 years before you retire? Now if I'm doing the math correctly, that would make you at the same age if not younger than me. Wow. No offense thought you were older. And I mean that in the best way possible!

Lol I'm 31 ( for another month and a half) and have been hearing that for along time now, when I was 20 people used to think I was 35.

So I've been doing some reading on the other posts and was wondering, once the background check comes back and is clear, and once I've done the drug screen test, do I have to schedule the road test? Or is the road test something you do once you're hired and set up with a trainer?

And nothing wrong with that Bobcat! I'm always mistaken for the older brother when I'm four years younger haha!

The way it was for Bird One and myself was road test first, back ground then drug test.

ODFL Choosing A Trucking Company Linehaul LTL Driving Reports From CDL Training Truck Driver Training
Click on any of the buttons above to view topics with that tag, or you can view a list of all forum tags here.