I'm starting Monday July 18 2022 for paid cdl training at cypress truck lines in Jacksonville FL. is there anything particular I should /might want to bring besides clothes? it's a paid hotel, they drive me to class from the hotel and back each day mon-fri 8-5. thanks!

I'm starting Monday July 18 2022 for paid cdl training at cypress truck lines in Jacksonville FL. is there anything particular I should /might want to bring besides clothes? it's a paid hotel, they drive me to class from the hotel and back each day mon-fri 8-5. thanks!

Here's the links to the links, and we are so excited to follow your diary!! Hope you are studied up on the HRTP, and the PreTrip here, as well!

I know, I just 'list bombed' you; keep this at the ready, the best you can!

I've not known a TT Cypress diary as of yet; and I'm from Florida, wherefore .. I'm excited to follow~!! There aren't many training companies in the state; Lester Coggins (LCI) disbanded YEARS ago... a late family member got in & on with them. This is awesome, stick it out!! Tomorrow will be here shortly, good sir.

Anne and tom, thank you for sending these links, I greatly appreciate it! will keep everyone updated on the first day tomorrow. very excited!

Anne and tom, thank you for sending these links, I greatly appreciate it! will keep everyone updated on the first day tomorrow. very excited!

Most welcome, I'll be following!!

Soak it ALL in. Each DAY is an interview, in and of itself. Shine. 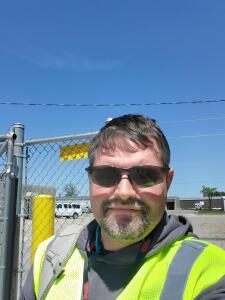 I'm following along too. Keep us up to date with your progress. Best of luck and hope to see you out here soon.

Will start by saying that I will try to make this as entertaining as possible still keeping things real.. OK so day one was boring so I waited for day two before I came on here typing.

I check in at the paid hotel Sunday night and my room mate is sitting there on the bed with no shirt on. I meet him and he turns out to be pretty nice and mellow, an older guy late fortys. we talk a bit then go to bed

Monday comes and we go get breakfast in the hotel Cafeteria at 630am. they were out of waffle batter, had no fruit or hot water for the oatmeal and the coffee sucked. they had some warm milk in an almost empty pitcher. me and my roomie just waited for the bus to show at 730,while there came a couple other guys that were here for training too.

so the way the program works is every Monday they start orientation so that when a couple guys about 6 including me start Monday we see about 25 (roughly) guys that have been there previous weeks before us, each group between 2 and 6. a lot get sent home because either failing the drug test or other issues. so about 25 guys all together are all waiting at the front of the hotel when a white van pulls up to pick us up. it's about 15 minutes from there training center which is in the back corner of there headquarters they had everyone except us 6 newbies go to the training center while we went in to one of there mobile home offices for the introduction to cypress. an hour or so go's by then one of the instructors sends the 5 guys out to do there drug hair follicle test and get there medical cards, I had got mine the week before I came to school so he had me wait there in the mobile office watching training videos till noon when I got my lunch break. 1pm roles around and the other guys get back and two of them got sent home because the one guy had high blood pressure and the other one had an issue with some other health problem. there's now 4 of us and we go over to the other school building by the practice trucks, other students  are out and about practice backing when the one instructor leads us inside and finishes the 4 hour introduction and he sends us outside to observe the other students backing up for the rest of the day till 5pm. they drive us back to the hotel and we get some sleep.

day two. same thing in the morning and when we get there this time we go straight to the training center in the corners of there headquarters in the school building and the Instructor gives us some more information about the job and trucking and gives us a little packet of papers and prep trip inspection checklist with some other rules for the cypress training center to sign and then takes away everyones phones for the day except on lunch break, no one cared and neither did I. the 3 newbies (me being 4) watched another 2 week old student do a pee trip inspection and he missed a lot of things! some of the other three week students students were pointing it out and the newbies with me were like "oh ****" seeing all the things you have to check for the pre trip. 2 hours go by and then all the students gather around this cool set up of a landing gear / fifth wheel/coupling and airlines/glad hand (hands on) practice piece. going in a circle we each went through the motions of lifting and lowering the landing gear, coupling and uncoupling the fithwheel/trailer shank and disconnecting reconnecting the airline gladhands about an hour. finally our trainer took us newbies out to one of the trucks for the first time!  and set us up so that we'd rotate out each taking two turns to pull forward and back up the trailer into the cones. the instructor would yell at you If you wouldn't listen to him/ if you screwed up which more than half of everyone was screwing up, turning the wrong direction because no one was used to backing up a trailer. 😂 lucky me I had previous trailer xp, just not 53 ft trailer only a lawn mower trailer. we did that for the rest of the day with a 15 min break at 3. 5pm everyone rides the van back to the hotel and I feel like an x con who's in rehab since everyone is wearing orange safety vests squishing in a white van... so far so good! time for some rest!

Sounds about right for your 'indoctrination,' hahahaha!

Keep on keeping on, good sir..

Entertaining yet educational read. (The verisimilitude in the white van, hahaha!)

Thank you for sharing;

so the last three days of the week were all very similar. we wait for the van at 7:30am, arrive at the training center at around 8 go inside the school building (its like a small mobile home) and the instructor (Lawrence Jones) he comes in and gives us an idea of what the day will be like. cracks the whip a bit to keep everyone focused, which I personally like, then we get started on watching the pre trip video again for a little over an hour. we go over to an alternate pad to drive the trucks the 4 week students are testing for there cdl. we the 1 weekers practice backing up the truck in a straight line the rest of the day while the 2 weekers practice on the offset backing and the 3 weekers on the 90 degree ally dock. you get a lot of time to practice and I love it it doesn't feel rushed. I'm back home for the weekend and I'll be back at the hotel Sunday night. they have a sign in sheet where you can pit down what days you will be at the hotel, some guys do sun-sat, I just do MON-Fri since I live an hour away.

Monday week 2. they moved our group to the offset right after watching a pretrip video and one of the guys in our group got sent home, the drug test came back and I guess he tested positive for drugs... so now there's 2 of us left and we're getting the hang of the offset so far its an excellent experience

That's not a bad thing at all. The fewer in class, the more time you should have behind the wheel gaining experience. I'm extremely appreciative for the drug tests, as the highways are dangerous enough without adding voluntary and illegal drug usage into the mix.

Becoming A Truck Driver CDL Training Changing Careers Company Sponsored CDL Training Flatbed Reports From CDL Training
Click on any of the buttons above to view topics with that tag, or you can view a list of all forum tags here.