LOL they don't ever feel bad, I was just the one that was around to do the job. I think there is like 14 chains and 2 straps on this load. The main reason is those taller sections tood 4 chains each because they would not reach the other side of the trailer.

Delivered a couple of box culverts today and I also thought some of you would like to see what they are used for. 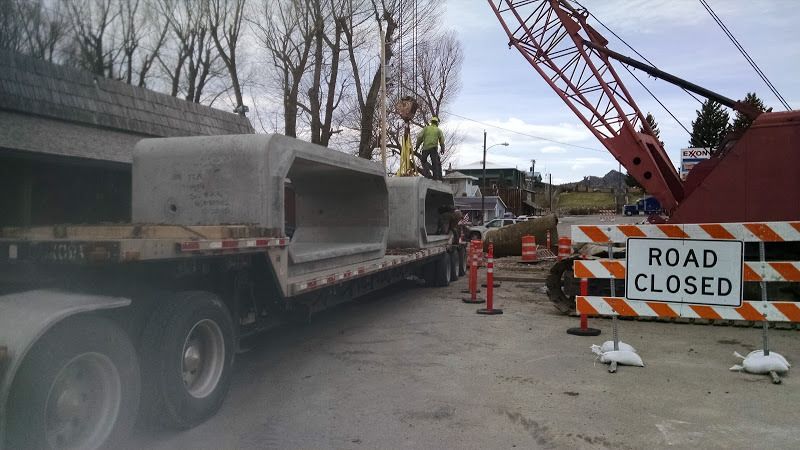 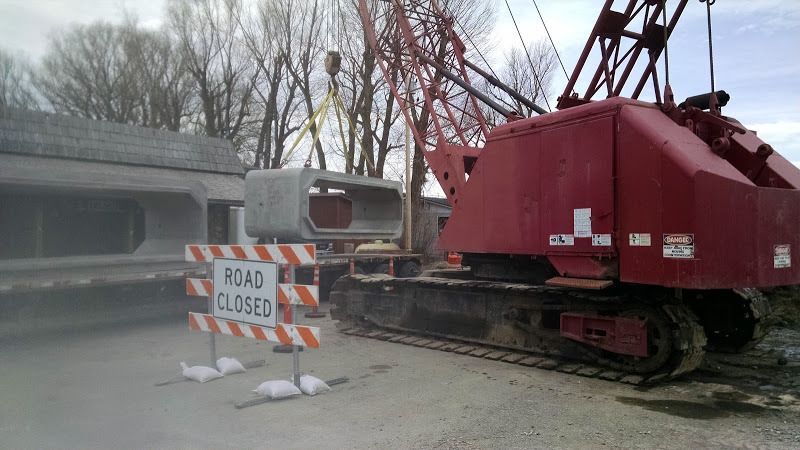 Those box culverts are replacing the corrugated pipe you see in the background. 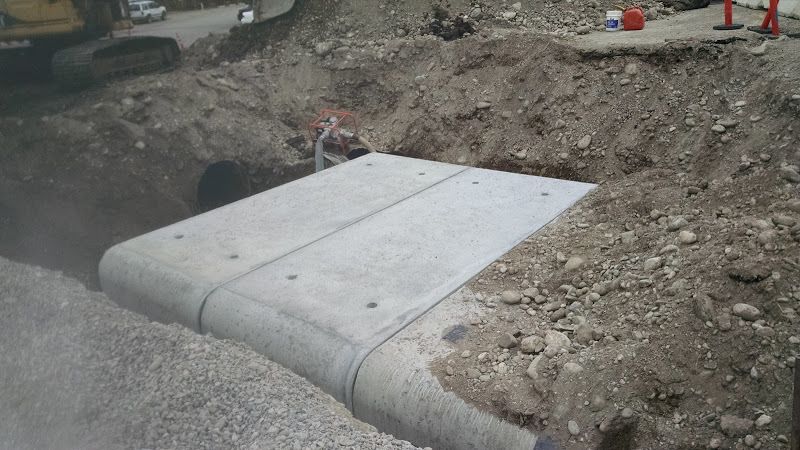 Here are some Sea-Doo trailers I delivered just in time for jet-ski season: 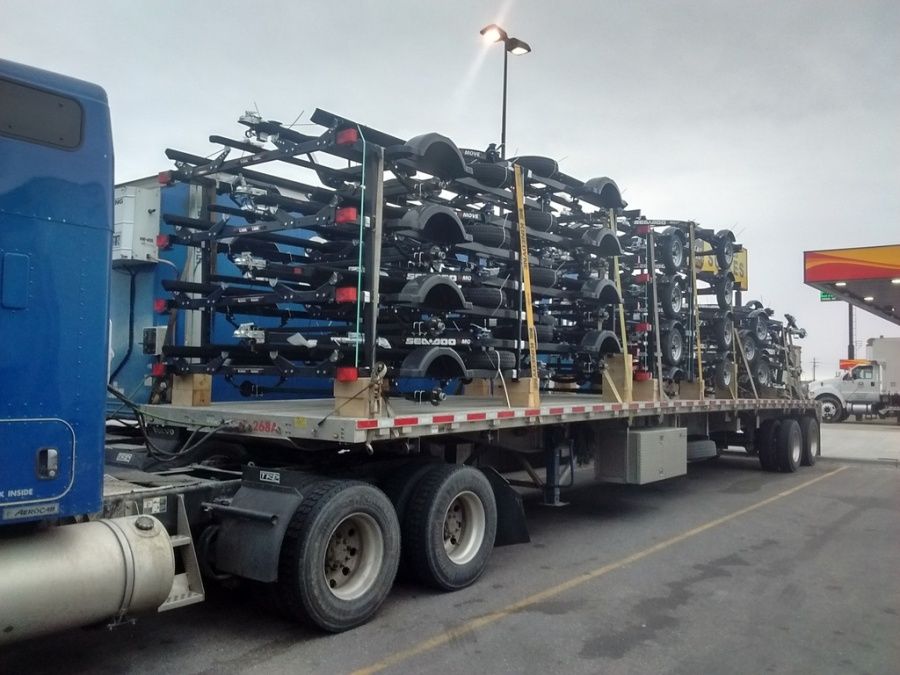 This was a brokered load of aluminum plates from System Transport which I picked up at their Spokane facility: 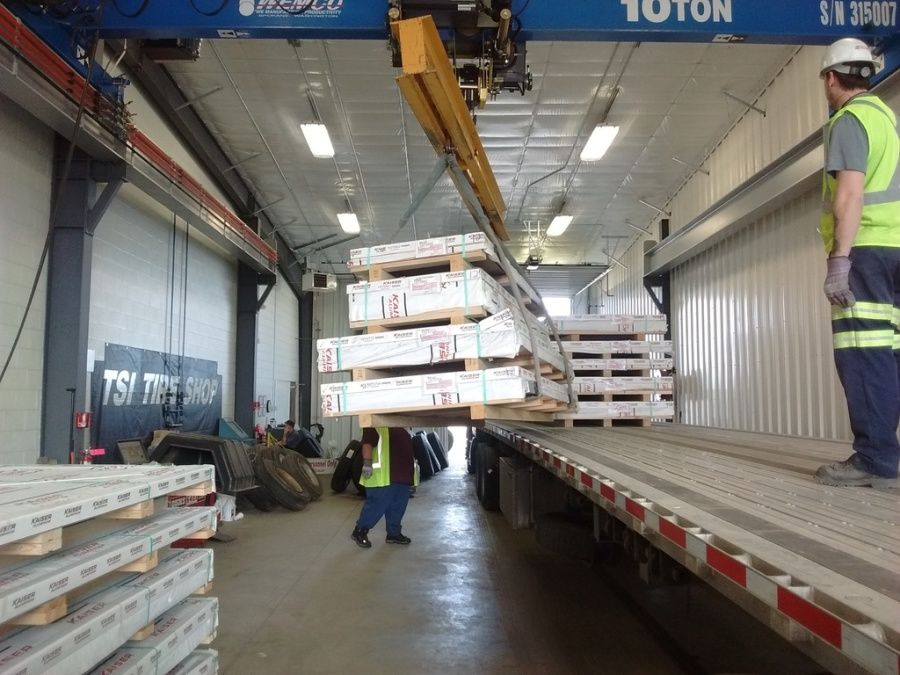 After wrapping it in plastic and strapping it down, but prior to tarping (I couldn't get belly wraps in so I just threw 5 straps over each bundle): 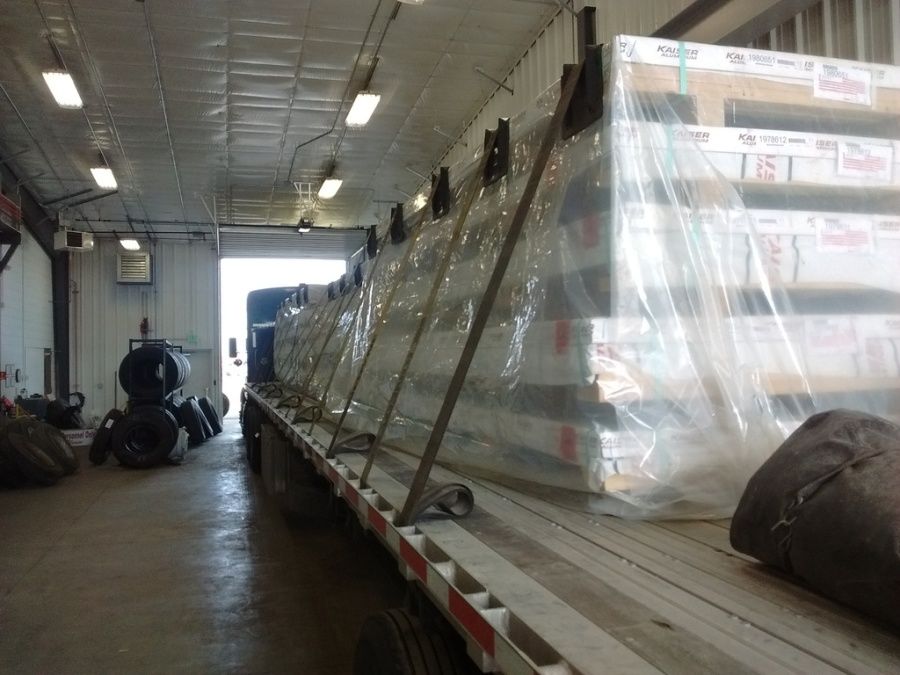 I felt like a junior version of Pat on this load of "mini" excavators (and I actually had to bump a dock to load them! Crazy!): 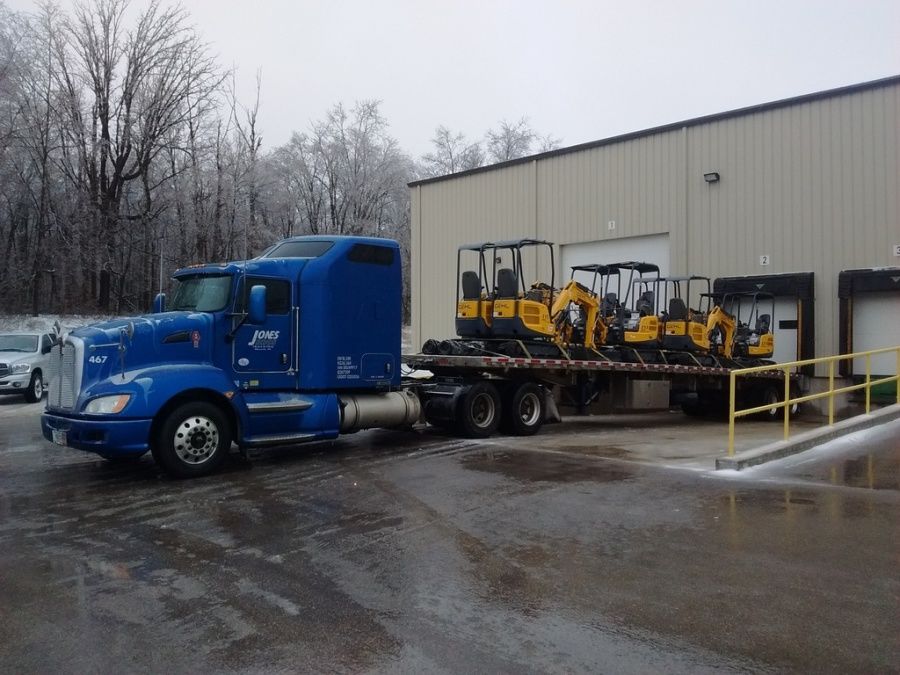 Here are some crane mats they were using for a new road near Columbus, OH: 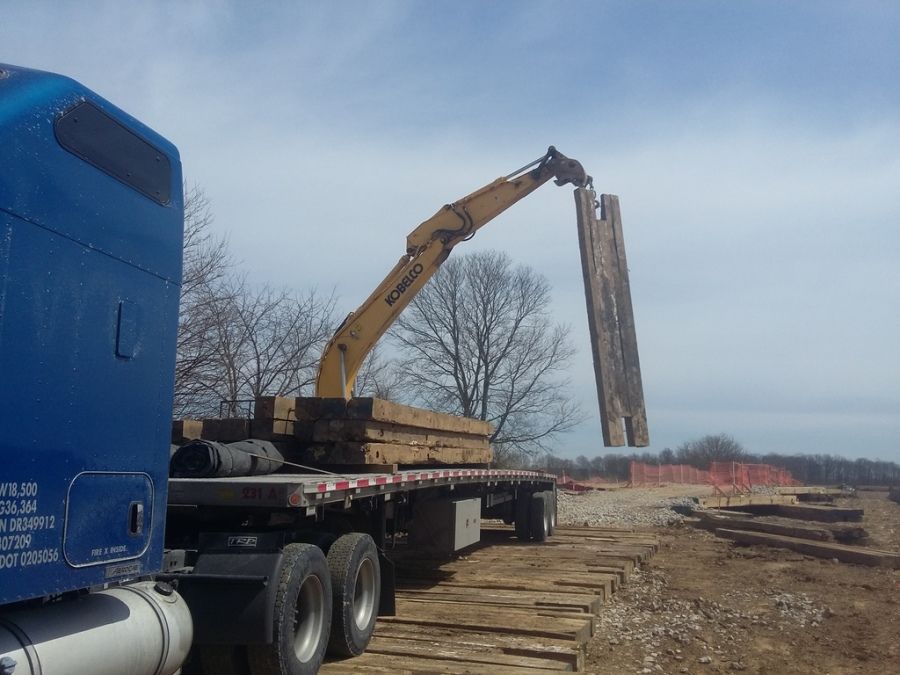 My next load is culverts going from KY to WA. I'm gonna be like Pat again! 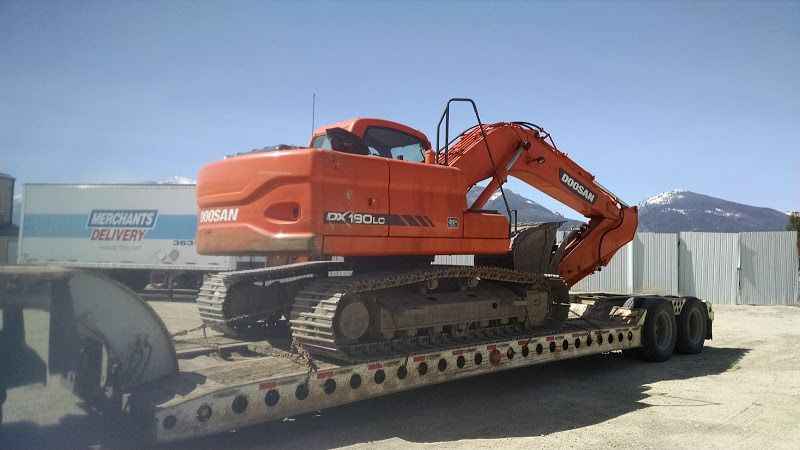 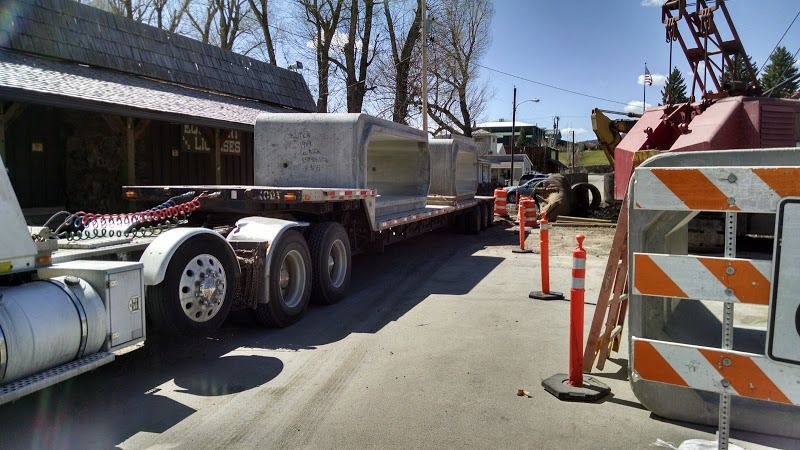 Went farming today... Had to throw iron to get up the hill in the field because of the rain but we got them loaded. That swather was a pain. 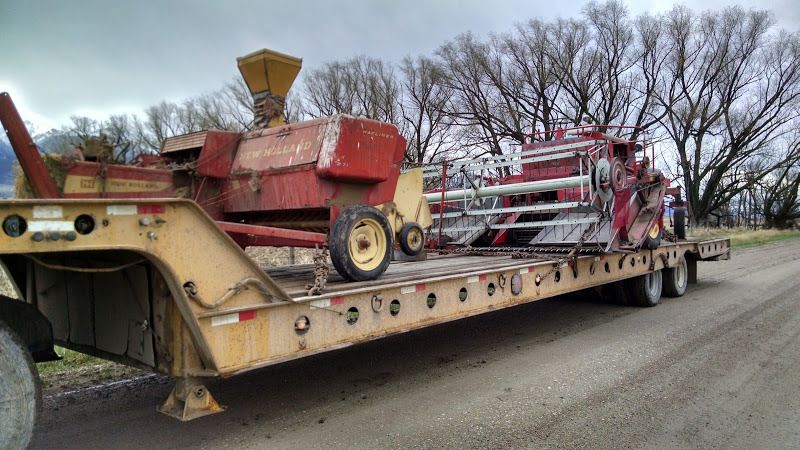 The other side looks the same. And by the time I got this secured the trailer had dried some. The dang thing only has one rear wheel and on the first attempt the right wheel slipped and got us all ****eyed on the ramp. 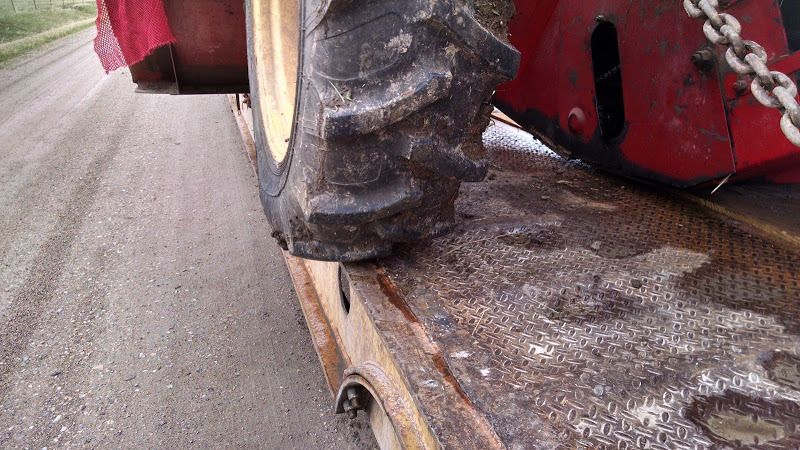 I had 6 chains on that dang thing and there are absolutely no tie down points on it at all. But it got there and was still on the trailer.... LOL

Here's a load of aluminum pipe that I picked up in Cressona, PA that goes to a Marmon/Keystone warehouse in Mount Joliet, TN. I've delivered this same load to this warehouse many times before. In fact I probably have other photos in this thread of the same thing - such is my life - predictable, but consistently good miles on this dedicated account for SAPA Aluminum. They keep me getting after it! 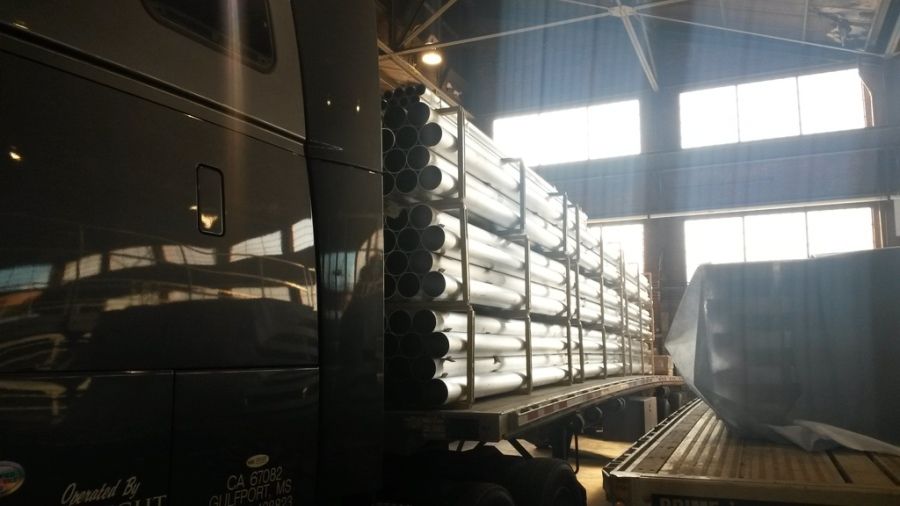 Here's how she looked after I had her all dressed up in her favorite "little black dress," and ready to go out for the evening! She's looking pretty good... 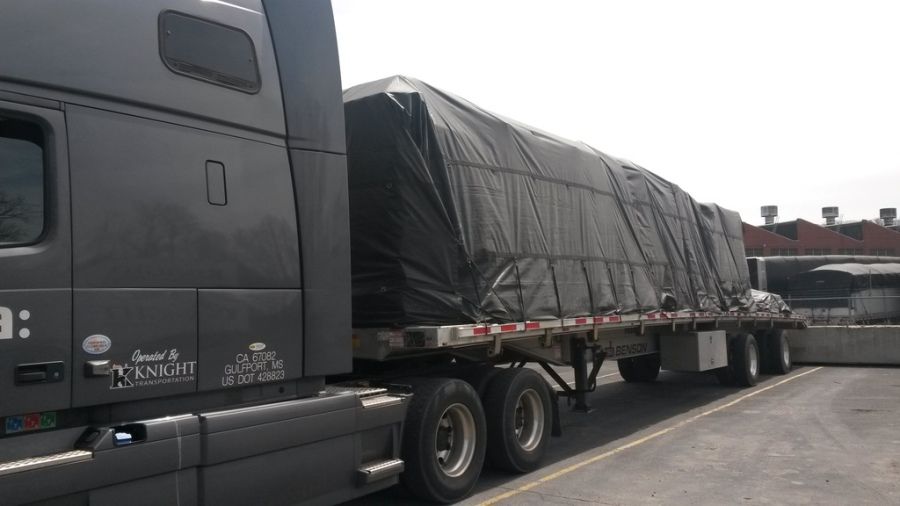 Been a little busy this week.... 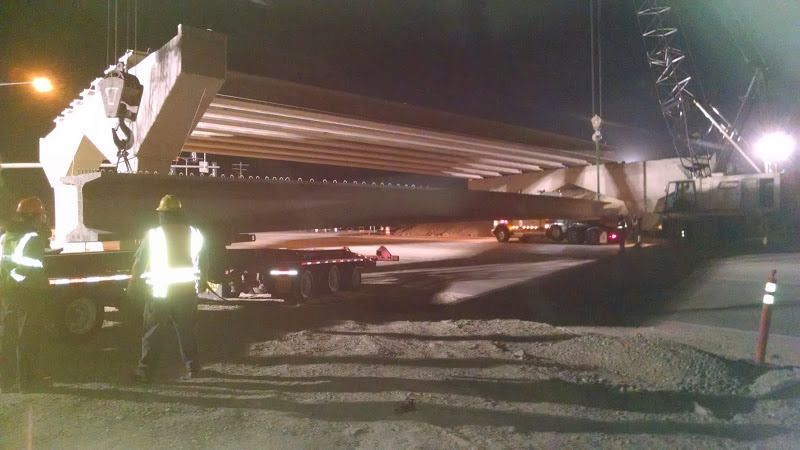 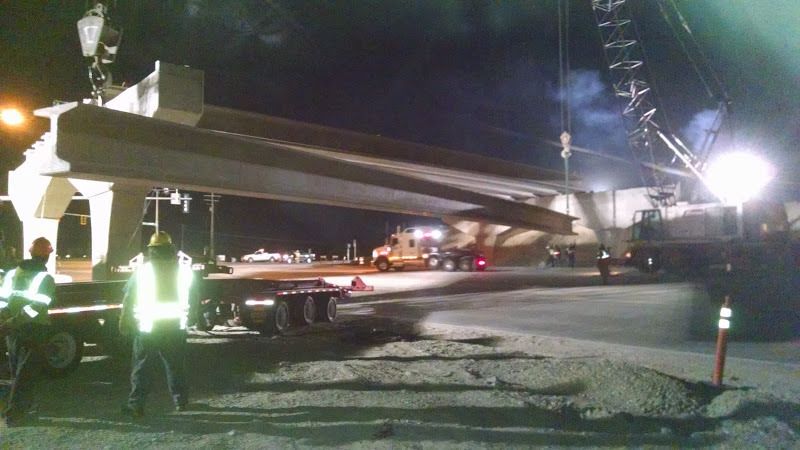 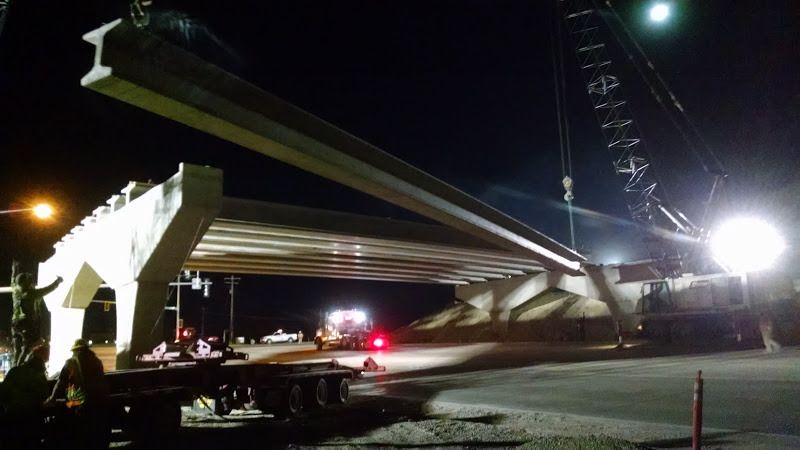