Crazy Truck Passing Me On Video

It's settled. I'm getting a dash cam.

And Chris, great job on moving to the shoulder

Ya know....a while back an experienced driver, that will remain nameless, said here in the forum, "There's no sense in watching your mirrors all the time when you're driving. You can't do anything about what's behind you."

I almost spit my coffee all over my monitor when I read that. Do you know how many accidents I avoided over the years because I knew what was going on behind me and I was able to make the right move to avoid a wreck?????

That's exactly what Chris just did. He knew what was coming behind him, moved over, and made room for everyone to safely deal with that reckless driver. Nice move Chris!

I have to say....I've seen a lot of crazy, dumb things out there over the years and this really ranks up there with em. I mean....when I first saw the video I thought Chris was on the Interstate and I thought, "So that truck was going pretty fast....nothing to get worked up about." But then I realized it was a two lane road and he ran those oncoming cars off the road!!!

Yeah, at first I was wondering what the big deal was too. I thought the same thing until I watched it like 3 times.

My wife and I were headed for Atlanta Dragway last year and we were on the flyover from 285E to 85N (aka Spaghetti Junction) when I had to make a radical move to avoid being rear ended by a semi. Traffic was slowing at the bottom of the hill and I could tell this big guy would not have all the room he needed to get slowed before possibly hitting us. I took the shoulder and hit the gas and passed the vehicles in front of us; I can only imagine the look on their faces...then again it's Atlanta, they're probably used to this sort of driving. Anyway, as I cleared that obstacle I saw that the rig had been able to move a little to the right and had enough room to avoid a bang. Other drivers must have seen the same thing because there was no wreck.

Lessons reinforced: -- 1) constantly check your mirrors, 2) understand what's around you, 3) anticipate, and 4) leave yourself an "out". 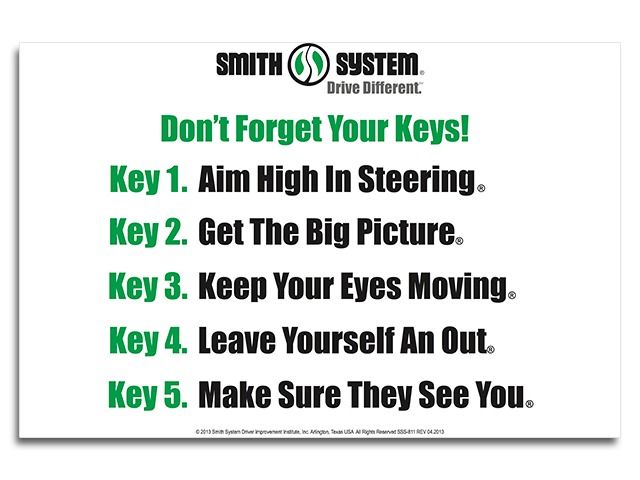 WoW, I have seen plenty of four wheelers out here do stuff like this, rare I see semi's doing anything to crazy. This guy needs to go asap.

Wow just wow. Lucky no one died. You gotta love how he uses his turn signal though, so everyone knows he is not going to keep running cars off the road, but will eventually get back over. And yes good alertness and reaction. What a psycho, I would never try and pass like that.

Good morning Drivers, my name is Sherry Lee & I am over the Safety Department at Houser Transport & I am also one of the Owners. This site was brought to my attention by one of my employees. After reviewing the video several times - we have found out who was driving this vehicle as we run teams. This driver has worked for me since 2003 & has never had an incident. I was devastated when I figured out who was driving. I publicly would like to apologize for my drivers actions & the risking of ones life. I can assure you this driver will no longer be employed here! We have regular Safety Meetings - monthly newsletters - & 1 on 1 communication - but at the same time we are welcome to suggestions on how to keep our drivers & others alert & safe while over-the-road.

Good morning Drivers, my name is Sherry Lee & I am over the Safety Department at Houser Transport & I am also one of the Owners. This site was brought to my attention by one of my employees. After reviewing the video several times - we have found out who was driving this vehicle as we run teams. This driver has worked for me since 2003 & has never had an incident. I was devastated when I figured out who was driving. I publicly would like to apologize for my drivers actions & the risking of ones life. I can assure you this driver will no longer be employed here! We have regular Safety Meetings - monthly newsletters - & 1 on 1 communication - but at the same time we are welcome to suggestions on how to keep our drivers & others alert & safe while over-the-road.

Class act! You have my respect. It's refreshing to see that there are companies out there that really do prioritize safety. Thumbs up for Houser Transport. 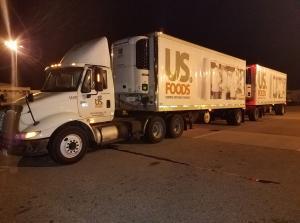 What does the driver say on the CB right after he merges back into the lane? Was it the Houser driver saying something? I wouldn't be surprised if he said something derogatory towards the Prime driver going slow. (Or going as fast as he could in the 62 mph governed truck) You hear this comment all the time driving a Prime truck with drivers saying how dangerous you are for being on the road going 55-62 mph. If I drive for too many hours at 60-62 I get a nasty gram on my Qualcom for bad driving practices. So the max speed I go is 58 mph cruise and only go faster if flow of traffic needs it to be safer to avoid this kind of situation. But who is really being dangerous here? The 62 mph truck or the A-hole that almost killed several people by being impatient and reckless?

So my point is it's not the governed trucks that are dangerous, it's the bad decisions made by other drivers around them that make them dangerous. The Drill Sergeants in the Army used to say "there wouldn't be any thieves if you would just lock your stuff in your foot locker." So who's in the wrong? The person that leaves something out or the thief that takes it? It's the same argument with governed trucks.

My sincere appreciation goes to Sherry Lee for making the right decision to no longer employ this dangerous driver. He may have gone 11 years without an accident but if he keeps making decisions like that, it is bound to happen sooner than later. Even though Chris made a great decision to slow and take the shoulder, the driver didn't merge back over until he was well past. I'm sure he was watching his life flash before his eyes or at least thanking God that the oncoming 4-wheelers were taking the shoulder to avoid getting killed and not watching his mirror to see when he was clear to move back. That's why I asked who spoke on the CB and what was said. I'm curious to know what this formerly employed Houser driver thinks of this? Has he accepted responsibility for making a very bad decision and using it to make himself a safer driver in the future? Or is he now scorned at slow governed trucks for losing his job? I may be asking a couple rhetorical questions here but I'll ask none the less.

Driver Responsibilities Safe Driving Tips Videos
Click on any of the buttons above to view topics with that tag, or you can view a list of all forum tags here.