Page 1 of 3 Next Page Go To Page:
Anchorman's Comment 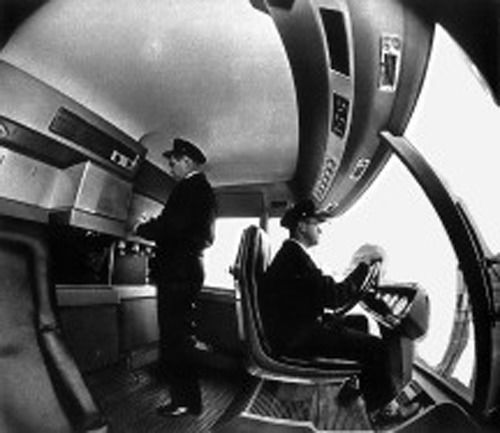 In 1964 Ford debuted a gas turbine concept truck that was supposed to revolutionize the industry. The truck was nicknamed “Big Red” after the color of the giant fiberglass cab.

The truck was designed to pull a double trailer with up to 170,000 pounds capacity, and measured 96 feet from the front of the cab to the back of the last trailer.

It was powered with a 600 horsepower gas turbine engine, and according to testers was completely silent while running. It was also reported to have a completely smooth ride up to speeds of 70 miles per hour.

Inside the cab was six and a half feet of standing room, making it easy to access the built-in refrigerator, electric oven, and sink. There was also a television in the cab, designed for co-driver use and blocked off from the driver to prevent distracted driving.

It was built to run almost non-stop, only taking a break to change drivers, and made several successful trips around the country. Ultimately though, like most concepts, it never made it to market.

I dunno, I kinda dig the clothing choice. I wouldn't want to drive in the wheel cap (always been a bigger fan of a nice Bowler)

Not a trucker, but
The lonely Maytag repair man

The milk man (delivered to your home) 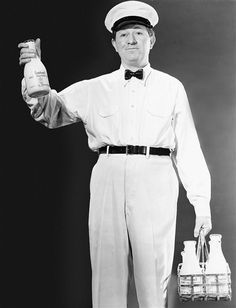 And yes, the mail MAN: 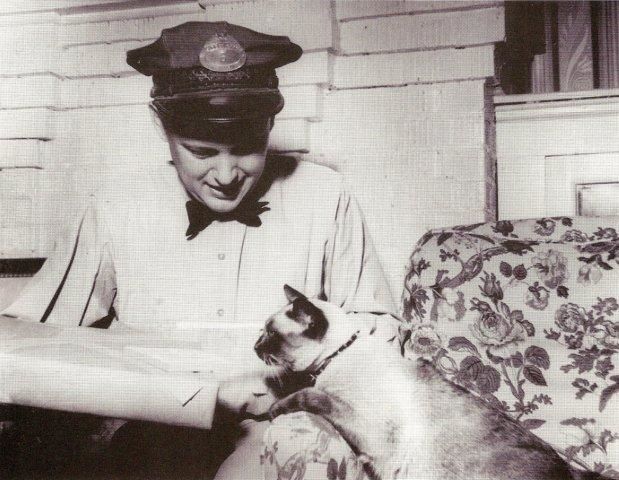 Those were the days!

The Gas Station guy might look a bit creepy with that hose nozzle, but if you watched Mad Men you'd understand.

I think trucking companies would be a lot better off with some sort of uniform or dress code. I think the standards are too relaxed and well under where they should be.

I think trucking companies would be a lot better off with some sort of uniform or dress code. I think the standards are too relaxed and well under where they should be.

Umm, why is that picture black and white?

I hated having to wear a uniform (see previous posts), but, the reality is that it looks professional. I had to wear a bright red shirt and gray pants... For about a year. Now I wear black on black on black. Hell yeah.

The point being here is that throughout the time that trucking has been a thing, the professional (looking AND behaving) drivers have, and still do, run the table. The scraps go to the rest. This does not mean you (me) have to be a straight laced, follow the rules to a T truck driver. I would lose my mind. It just means we carry ourselves at a high standard when dealing with customers, law enforcement and the D.O.T.

Now, back to the original post, just because we see things about the future of trucking hinting that the times are changing doesn't mean it really is. If I had a product to promote, like an autonomous truck, that I have spent millions of dollars on, I would be glad handing every politician, media source and mega trucking company I could. Can't blame people for that, but, it doesn't mean it will work either. This industry is driven by drivers... Professional drivers.

Photos Truck Equipment Truckers Technology Trucking Humor
Click on any of the buttons above to view topics with that tag, or you can view a list of all forum tags here.