Some of you may remember that about a week ago I started a topic in regards to the beginning of my training with Prime. Since starting last Monday my world had been turned completely upside down and back again all thanks to Mr. Low the owner of Prime. Here's how:

Before coming to prime, I notified them that I had Sleep Apnea and that I did not use my machine. I was told "that's no problem, worst case scenario you will take another sleep study." I wasn't fond of taking another one of those however if the company was going to cover most of the cost then I was okay with it.

During the second day of training everyone went to Medical for the physical. The doctor asked about my sleep apnea and I gave him the response. He said nothing and sent me on the way. Tuesday night I received a text from another doctor telling me to meet her at 9:00 am. As instructed I did just that. She told me that I was being sent home. The reason was the fact that I hadn't been using my machine. I'd have to use it for at least 30 days and come back. Was also instructed that I had to leave that day and that Prime would not pay for me to go home.

I was destroyed. I had very little money to spend and couldn't even begin to process the thought that I was technically homeless for the night. I found a plane ticket going home for dirt cheap. I booked the flight and decided to use the shuttle to get there. Plane left at 1:50pm and the driver wouldn't go to the airport until 1:00pm. I got on the bus promptly at 1:00. I asked him if he would go to the airport first. He said " No, it isn't my concern for you." I wanted nothing more than to yank him out of the seat.

Well I finally got to the airport with 20 minutes till. Unfortunately it was too late to board. I was also not issued a refund. The little bit of money I had was gone. And whether I like it or not, I was spending the holidays in the airport. I found a couch to lay on and just tried to gather my thoughts.

Out of anger and disbelief, I found the Owner of Prime's email online. Since I didn't have anyone to talk to and figure he wouldn't get the email anyways, I told him everything that was on my mind. I was mean or disrespectful, but firm. I eventually fell asleep.

I awoke 30 minutes later to four TSA agents standing over me. "Youve got a phone call" my response was how do you know it's for me? " I've got your picture." He point to a picture on his cell phone that was taken at prime. I answered the phone and it was Mr Low. He told me he was sending someone to pick me up and was putting me in a hotel for the night. I was speechless. Sure enough another shuttle showed up and we departed.

The hotel was nothing like I was expecting. 1st class all the way. I walked in the front door and the woman behind the desk says " we were expecting you, here's your room key, enjoy the rest of your night." Went To the room and unpacked, as I was so exhausted I fell asleep before even getting undressed.

I awoke early in the morning to Mr.Low calling me. He asked how my night was and told me he was looking into my medical situation. He told me he was sending me home via plane and that he wanted me to spend the holiday with my family. If he could work around my medical, he would bring me back. I was stunned. Some guy who has never seen me in his life is going above and beyond to help me.

Friday morning I get a call again from him telling me that they are willing to pay for me to take another sleep study and all necessary equipment. I was so shocked he said "Hello?" Three times before I agreed to the terms. Now at 8:30 pm I find myself heading back for Prime. Never in my life have I met someone like him. I look forward to the day I can shake his hand and tell him how grateful I was this thanksgiving for his actions. This world needs more people like that.

When you finish your training you will be his most loyal employee. Hearts and minds my friend. I love it.

When you finish your training you will be his most loyal employee. Hearts and minds my friend. I love it.

my thoughts at the beginning were to stay with prime just long enough to pay for my cdl. Now I'm beginning to think of long term goals with this company.

I have read many great things about Mr. Low. It is no wonder that Prime is as successful as they are.

You will soon be adding to that success. Stay safe.

I've met him in person, hes a good man. Glad this might just work out for you.

That's an awesome story! I sure hope things work out great for you there.

Thanks everyone. The puzzle pieces are beginning to fall into place and I'm starting to think this is the right choice for me.

Hey if you end up having to wait a month after all let me know. I might be free to take you as my next student. No guarantees though.

Congratulations and good luck. I would love to go to prime, myself, however their hometime doesn't meet my (ahem make that my family's needs). I've heard recently about regional with them with weekly home? Do you know anything about that? 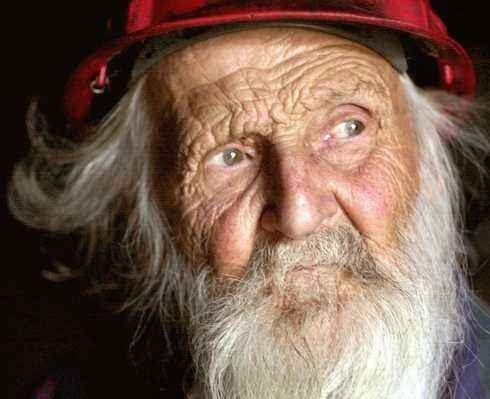 Prime Inc Company Sponsored CDL Training Dealing With The Boss Medical Certification Sleep Apnea Truck Driving Stories
Click on any of the buttons above to view topics with that tag, or you can view a list of all forum tags here.