O/O With Own Authority Refuses To Pay Wages. 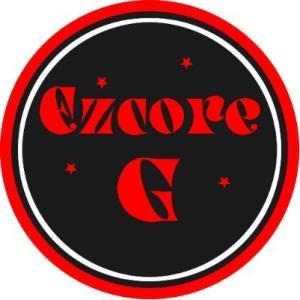 So I joined up with H and L Logistics, its a guy from South Carolina, Greenville. He only runs one truck with his own authority, and I believe his brother runs the other.

Reason why he refuses to pay is because he blames J.B Hunt for not paying him. Which for the first week I could understand that because they had his paychecks being mailed to his house which takes 1 week or 2 to arrive, but after he got the direct deposit set up it takes a total of 2 days to pay someone. On the last day we ran together he was rushing home for his sons birthday, and promised to pay on Friday (same day as his sons birthday), needless to say he was planning his own birthday which is the 24th, in 2 days. I suspect he is refusing to pay to fund his own agenda but I have no proof of this nor do I care I just want to get paid. Also needless to say its been way longer than 3 weeks the first weeks pay checks should have shown up by now for him to pay me off of that. Alsox2 he should of paid me out of his pocket sense I worked for him not J.B Hunt.

I could go into great detail the just plain ridiculousness of this man, and all I did to keep him happy, and prove I'm not a lazy worker and I appreciate him giving me a chance. I think I messed up when I told him my situation at what happened with CRST and the accident I gotten into and how no company would take me, because from then on it has just been him taking advantage of me.

Did you have any type of Contract with him? Or at least something in Writing? If not I believe it will be impossible to take any Legal action. Probably best to chalk this one up to experience. Make sure next time you have a legally binding contract. For BOTH parties. Sorry to hear you got screwed. I spent over 20 years Self Employed in the Construction Business. I have had my share of uncollectable receivables, with and without contracts. I learned the hard way how to weed out the deadbeats. It just kinda goes with the territory in a Small Business, especially Construction.

I have my log book showing the work I done, and he told me verbally that he wanted me to work for 3 months. I also have the miles I drove for written down as well, and for the other guy I am never going back to CRST, no thanks. I am joining TMC next month around the 15th.

I would just forget about it and move on. Owner operators famously do that to people and always have. That kind of stuff has gone on for fifty years and it's one of many reasons we tell people to avoid taking jobs working for "some guy with a truck". It rarely pans out.

If you already have a job lined up with TMC then focus on that and forget about this guy. You'll never get anywhere with him. Even if you win in court, which would take an inordinate amount of time to do, he still doesn't have to pay you in the end and likely won't. And don't waste your time warning people about him. He's one guy with one truck in a huge nation of 3.5 million trucks. It's like warning homeowners nationwide about one particular ant you found in your kitchen. It's not going to do any good.

Sucks that it happened but don't make it worse by fretting about it or plotting revenge or anything like that. There is no shortage of jerks in the world. You came across one. It happens. You can't fight every battle. Sometimes you're better off just forgetting about it and moving forward.

I'm with Brett on this. Difficult to prove the hours worked and even more difficult to get it out of him. Go to the state and they will send some strongly worded letters, but not much more. Focus on the job ahead of you and learn from the past. For me, I'm much happier that way.

I'm kidding of course. As painful as it will be, I have to agree with Brett. Just let it go. If you believe in karma, that might help you get over it quicker.

I agree, I rather just move on but I am the only provider in my household with my sick mom unable to contribute much. Going to be a messed up couple next months getting back from this mess.

I wouldnt have ran for him if it wasnt for the 20+ companys I called telling me they wouldn't take me. For some reason TMC seems like they want to give me a go. I am taking some joy out of situation with the thought of becoming a flatbedder which is what I always wanted to do sense I first thought about being a trucker.

I just thought maybe small claims court could at least put a judgment on him when he refuses to show up to court. Unfortunately I already knew he wasn't going to pay me. Was just hoping someone here had a trump card for me to use. Oh well. Thanks for taking a read guys.

OK people, this is why you do not run for 1099 employers. Because of this you do not have a wage coming to you so the state can do nothing about that. It has to go through court. You can however get your pound of flesh and make his life miserable and probably costly. Misclassifying employees is not a joke from the guys that collect taxes and especially workman's comp.

This is something that you need to be very aware of with single owner operators. A lot of the time they are so tight with the finances that they cannot pay you until they get paid. And, more times than not they get behind in other bills that take precedence over your finances because well you blew a tire, the truck payment is due or the insurance bill just went up.

I have been all through this paying cash thing. Not as good as it sounds.