Page 1 of 2 Next Page Go To Page:
Sneaky Pete's Comment

I'm contemplating getting a dash cam. Curious about everyone's thoughts, opinions and experiences. Is it a good CYA move or a double edged sword? Could the information on the camera be used against me, could the company or DOT compel me to turn it over if they know I have it? I have a nice clean record and want to keep it that way, but it seems to get more challenging every day. People we share the road with are constantly finding new ways to do dumb things while driving.

Since the camera is of your own doing, and not installed by compulsion of the DOT or your employer, I can't imagine that you'd be FORCED to turn it over. Rules against self incrimination and all that. You could always claim it was turned off or you haven't figured out how to use it yet. It'd be like a passenger claiming ,"yeah, I didn't see anything". Then again, I'm sure there's people here with more lawyer smarts than me.

I strongly recommend getting a dash cam. Your company doesn't even have to know, so I wouldn't worry about them demanding the footage. I suppose it could be a double-edged sword in the right situation... But if you drive safely, I can't imagine why you wouldn't want to get one to cover your butt. I just had an accident in my POV a few weeks ago--not my fault in the least--but because I didn't have a dash cam at the time this whole process of assigning fault takes alot longer and isn't as simple. Thankfully in my case there were a few witnesses, but you won't always be so fortunate. I just got the KDLinks X1 camera--works really well and not too expensive. They've got newer models but I like this one because it's got GPS so it obviously knows your location but also keeps track of your speed.

Thanks, I tend to agree with you. I know this isn't a legal forum and I didn't intend for my questions to make it appear that way. I just wondered if anyone had any awareness or had experienced such a thing. I also want to know from drivers who have a dash cam if it was $ well spent, a waste of $, peace of mind insurance? I guess I could say that since I'm in my 6th year and clean so far, do I really need one? On the other hand, as I stated previously, the way people drive makes safety more challenging every day and i'm sure most think it's the truck driver's fault when something goes wrong. Maybe I'm overthinking the whole thing.

Thanks Pianoman, those are all of the same reasons on my list of pros. KDLinks X1 is the same camera I was looking at too, got great reviews and I think only around $150. I guess for a onetime fee, that's cheap peace of mind/insurance!

Get one, use it, we've all seen youtube footage of dashcams and why theyre a god send. That being said, if you fear self incrimination keep a second blank sd card (that has a write protection lock); take said 'locked' card and swap it with the loaded one. So IF anyone got/compelled said dashcam, and ejected the card they'd find the cam recorded nothing because you accidentally left the card lock, oh no darn technology.

Im not advocating tampering with evidence, because if you messed up you should own it, but if its something vindictive/petty a company is doing then you should be able to sling as much dirt as they do. 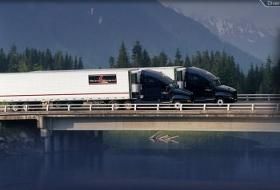 You can always set it up to record for five minutes and start over. just keeps recording over the next five min if you have a crash unplug it if not your fault you have proof!

Double-edged sword here. In MOST CASES - the dashcam helps the TRUCKER out. In those rare cases that it doesn't - LEO (and potentially the company) can request (or DEMAND in the case of LEO) the data from the cam (assuming they know you had one).

You aren't going to be thinking 4th/5th amendment rights - if a trooper demands your dashcam. Appeals courts have upheld the confiscation and downloading of PHONES - so a dashcam as a similar "mobile device", is likely to fall under the same category.

We've seen some youtube vids, where the trucker arrogantly assumed he was in the right - and turned out he WASN'T.

Most folks would still advise you run one - just as a CYA. Statistics are still on OUR SIDE - showing that a vast majority of accidents involving rigs were cause by the 4-wheeler.

Just remember, if you run one - YOUR DRIVING BEHAVIOR needs to be a 110%. Anything you POSSIBLY DID WRONG, can be used against you.

You get in an accident, and the trooper SEES a dashcam, there's a good chance he is going to want to SEE THE FOOTAGE - especially if there's serious injury or death.

The other thing to keep in mind in a "REALLY not my fault and the cam proves it" - is to have a SPARE CARD and/or download that video RIGHT AWAY. Put a copy of it up in one of your cloud accounts (icloud, googledrive, wherever) for extra safe keeping.

We've seen some youtube vids, where the trucker arrogantly assumed he was in the right - and turned out he WASN'T.

Most folks would still advise you run one - just as a CYA. Statistics are still on OUR SIDE - showing that a vast majority of accidents involving rigs were cause by the 4-wheeler.

Just remember, if you run one - YOUR DRIVING BEHAVIOR needs to be a 110%. Anything you POSSIBLY DID WRONG, can be used against you.

We just saw this exact scenario in our weekly safety meeting. The driver got a "hard braking critical event" and brought the video in as proof of no wrong doing. He was so wrong that the company is now showing it as "how not to drive".

In the scenario, an SUV passes the truck in the left lane. However, the SUV is riding his brakes, red lights are bright and obvious. The driver not only failed to slow down, but he sped up while the SUV passed him. The SUV still rode the brakes when he moved to the right lane in front of the truck. The SUV slowed way way down and the truck's On Guard system activated the braking system hard.

Our truck speeds and even gears are recorded. The company could prove the truck sped up. It was obvious the truck did not slow and provide greater distance.

I'm sure the trucker was not fired and probably only counseled as there was no accident, but what if the truck did not have the technology to slow the truck?