Gone A Fowl...Turkey For Easter.

Page 1 of 2 Next Page Go To Page:
G-Town's Comment

What's for dinner, Turkey on Easter? Not in my wildest dreams, but "stuffing" happens.

Saturday afternoon following a really great day in the mountains of PA, a couple of miles from the Walmart DC, a wayward Tom decided my truck was a much better mate than the hens he was aggressively chasing. Brace for impact. Fortunately only damage was to the windshield, wiper arm, and a couple of very minor scratches to my arm and one on my face. My nerve however...damn, it was definitely tested.

This occurred NB on I-81 about 1.5 miles south of exit 119. The woods on both sides are very close to the road in this section of 81. Four huge wild turkeys attempted to fly across the highway,...first three cleared, the big, slow one didn't. Traffic was moderately heavy, no time to react, no where to go but in a straight line, which is exactly what I did. I remember having the sick feeling; "OMG this thing is going to hit me". The impact sounded like a small explosion followed immediately by an intense shower of glass and feathers. I exited, parked off on the shoulder and checked damage, walked around to collect myself, literally shaking off the glass and feather remnants. The Oakleys did their job, my eyes were protected. Called the DM on duty, once he confirmed I was okay, we decided it best to limp the 3/4 of a mile back to the DC. I kept the speed under 30. Once I cleared the security check-in, I was greeted at the MT drop area with a host of concerned folks wondering why I didn't bring the turkey back with me. They were serious. "Really", I thought. I can laugh about that now (sort of)...now that my heart rate is below 120. I have encountered wild turkeys before, foraging on the road side, but never in the air, at eye level. I learned from a Walmart mechanic (one of the many disappointed I left the bird on the shoulder) this was the third such event in the last 5 days. All were happy I was unscathed, none worse for the wear. Mating season? Beware...

At least for me, this event emphasizes even when you do everything right; do the PTI, maintain a safe space around the truck, scan the road/mirrors, drive at or below the speed limit, things can go horribly wrong. Always be focused and ready. I feel very fortunate I wasn't injured, that the turkey hit the passenger side of the windshield. I had planned to take a few extra days off after the Easter holiday...instead I decided to drive today, jumping back on the horse so to speak and take a few days off mid-week. Truthfully,...this has given me pause, reviewing in my head if there was anything I could have done to prevent this. My conclusion,...short of being 5 seconds earlier or 5 seconds later to the point of impact,...nothing. Oh,...my windows were down...maybe I'll rethink that in the future. Damn thing could have flown right into the cab, unabated.

You just never know...but the truck, the truck always wins. 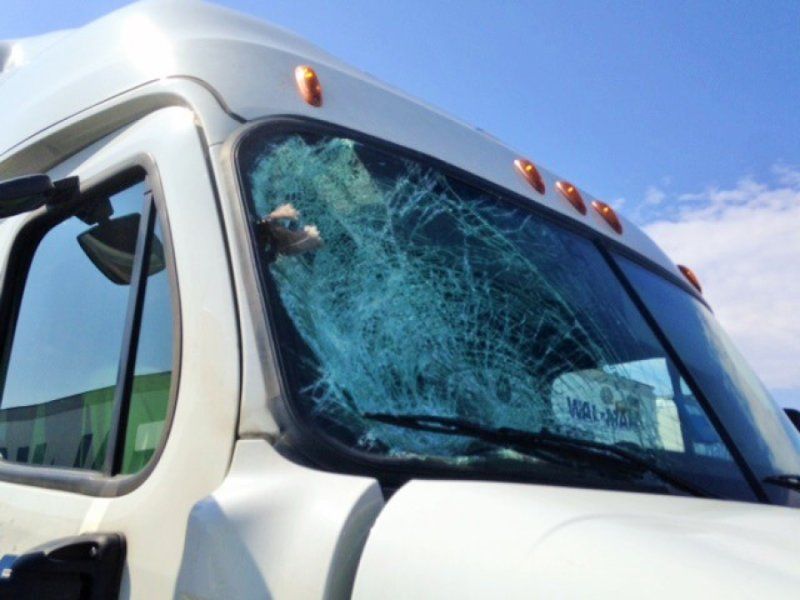 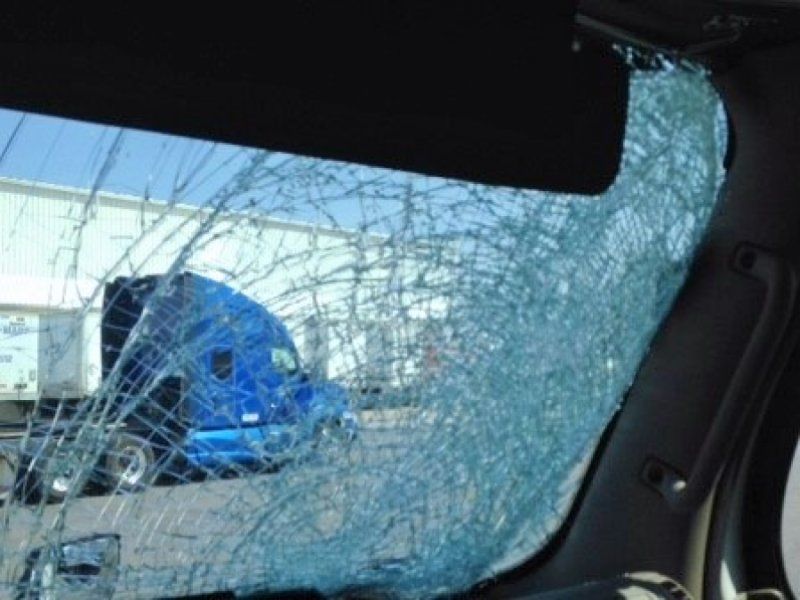 Glad you are ok. Know how startling that can be. Had a similar situation on Rt15 below Selinsgrove with a duck at dusk. Hit right in front of the drivers side . Maintained control and never even swerved, although it's a good thing I had a college football team onboard because the ensuing comments uttered in surprise were not suited for mixed company!! Never saw it coming and glass dust everywhere!!

G-Town, a bird in the cab is always better than two in the bushes!

Wow! What a mess. I'm glad you didn't lose your composure. It's really tough resisting that natural reaction to slam on the brakes or swerve when encountering scenarios like that.

G-Town, a bird in the cab is always better than two in the bushes!

Wow! What a mess. I'm glad you didn't lose your composure. It's really tough resisting that natural reaction to slam on the brakes or swerve when encountering scenarios like that.

Yes, a big mess, smelled kinda bad too, like the zoo in August. I had a sweat shirt draped over the passenger seat, full of glass, feathers, and bits of breast meat...made it's way to the dumpster. 3 years old, didn't owe me anything. Thanks for the humor...LOL, in my best "Dr. Sheldon Cooper" snicker.

"Glad"...yes me too, (kissing the ground). I do remember thinking exactly the opposite...maintain the path, don't swerve, drive through it (literally), etc.. Happened so incredibly fast. Perhaps, this is the one time all of the seemingly mundane SIM training, written material, and repetitive safety lectures on wildlife encounters proved it's worth. I believe that to be true. I slowed down a bit, but that was planned before it happened due to my proximity to the exit: had disabled CC, dropping to 60 from 63. Probably a blessing in disguise, yah think? Forgot to mention I had somehow instinctively managed to hit the manual upload button on the drive-cam (aka "the oh-sh** switch"), although no cognizant memory of doing that. Back in the office, the camera feed showed that I was doing 58mph, no CC, no swerving, and no brakes on impact. When I watched it with the DM on-duty, he blurted out loud "Holy Sh**" 2x in succession. Liken to John Belushi in Animal House after the horse suffered a heart attack. I couldn't watch it more than once...way more graphic than.

Happy Easter. Wabbit's beware...I'm back in the saddle again.

The primary person a driver communicates with at his/her company. A dispatcher can play many roles, depending on the company's structure. Dispatchers may assign freight, file requests for home time, relay messages between the driver and management, inform customer service of any delays, change appointment times, and report information to the load planners.
Big Scott (CFI's biggest 's Comment

What are the odds that I too hit a turkey on Saturday on i81. It was about 8:30 am southbound on 81 near exit 136. He was standing on the side of the road and at the very last second he decided to takeoff and fly right in front of me. He smashed the drivers side of the windshield. There are some depresssed turkeys out there with nothing left to live for. Lolhttps://1drv.ms/i/s!AhE4BFyPgDAYgZwDSr8sWRPY7GslTg 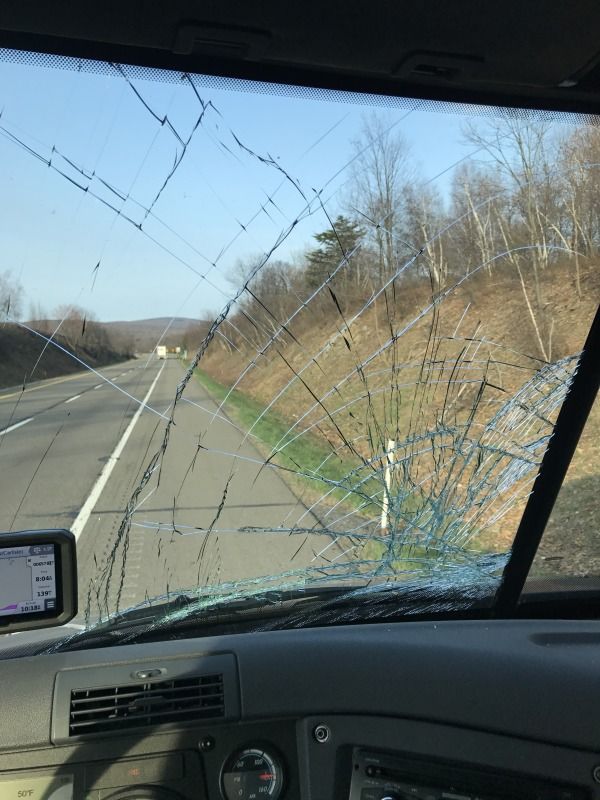 It's been happening a lot in the last week. I am not a hunter, but I recall someone mentioning its turkey season. At least it was for me on Saturday...